Anifa Mvuemba, founder of the direct-to-consumer women’s apparel line Hanifa, didn’t set out to revolutionize the fashion industry when she had a viral 3-D runway show on Instagram this spring.

The self-taught designer, who launched Hanifa in 2012 and became known for curve-hugging luxury pieces, was just searching for an innovative way to show her latest collection. Although she had planned to show her pieces during New York Fashion Week, Mvuemba had also dreamed of having a virtual show but hadn’t had the time or resources to pull one off. Then the pandemic happened, and she knew she couldn’t wait any longer.

Mvuemba, who has been fascinated with 3-D technology for several years, studied YouTube and other online resources to learn how to incorporate tech into her designs. Fans came to know and love Hanifa’s digitally rendered model, Imani, who has made multiple appearances on the brand’s website and social media since early this year.

“The feedback has always been great, [and] it converted to sales,” Mvuemba said. “But I always wondered if it was possible to actually make them move, so that we can actually show our customers the movement of the fabrics.”

Mvuemba’s May 22 show on Instagram Live featured an army of invisible, curvaceous models — inspired by Imani’s figure — strutting graciously on a 3-D runway while wearing Hanifa’s flowy, vacation-ready Pink Label Congo collection. Mvuemba said the pieces, which she designed digitally in November, were inspired by her Congolese roots and the stories her mother told her about the Democratic Republic of the Congo and the women who lived there. More than 144,000 people have watched the video (not including re-shares outside of her Instagram page).

By the next day, several publications and fashion critics were calling her a trailblazer, and Mvuemba quickly became a go-to thought leader about where the fashion industry is headed. Many couture brands, including Prada and Chanel, have also hosted digital presentations this summer.

“We weren’t prepared for the aftermath of the show,” she told The Times over the phone. “This was just really a creative expression. I wasn’t like, ‘This is going to be the craziest thing, the most groundbreaking thing the world has ever seen.’ I was like, ‘We’re in a pandemic. We can’t have a show. We can’t go to the Congo. We can’t shoot. We’re putting on a virtual show for everyone.’”

Since the event, Mvuemba was named one of Fast Company’s most creative people in business, and Zendaya and Tracee Ellis Ross have worn Hanifa’s Kinshasa backless mini dress in the colors of the Congo flag in fashion magazine spreads.

In the words of Mvuemba, “Hanifa will never be the same.” In June, Hanifa was also on stylist and costume designer Zerina Akers’ curated directory of Black-owned businesses featured on Beyoncé’s website. Also, Mvuemba signed with Black-run public relations firm Hinton Group, which played a role in the rise of Kerby Jean-Raymond’s menswear label Pyer Moss.

The Maryland-based designer, whose shapewear line is expected by the end of this year, flew to L.A. this week for a photo shoot. Over two phone calls and an in-person meetup, she told The Times about how the virtual show affected her life, how she plans to continue using technology in her work, and what the future of the fashion industry looks like in the midst of the coronavirus and racial reckonings. The following conversation has been edited for length and clarity.

How are you and how have things been since the virtual runway show?

It’s been really crazy. I just honestly wasn’t really prepared for the aftermath. But now that we’re with the Hinton Group, they’ve been able to keep things afloat and manage everything well. So we’re just planning, taking it day by day and just trying to make the best decisions moving forward with the brand.

In what ways has your life changed since the virtual runway show?

We say it all the time internally, like, “Hanifa will never be the same since the show.” So I think it has definitely [put] more eyes on the brand and more people paying attention to what we’re doing and what we’ve been doing. I think in the future, I’m interested in seeing what is really going to come out of what happened on May 22. Obviously we’ve been experiencing a shift. Our sales have increased, but I’m also interested in knowing how we can really be a part of the tech industry and maybe different partnerships.

In addition to the innovation of using 3-D models, you included a mini documentary in your show to bring awareness to the harsh conditions and labor practices happening in the Congo mining industry. Was this your first time bringing awareness to a social issue through your work?

Yeah, it’s something I’ve struggled with over the years. I felt like Hanifa is there. You know, I have this audience. The business is growing, but I felt like there was a disconnect with the message. Like, “Who are we really? What are we doing? What does this mean? What’s the purpose?” And I really wanted to, with this collection, figure it out. I was like, look, this is the time. Everyone is home. We can really get everyone’s attention and share something really [special] while including myself, the culture where I’m from, and talk about a crisis at the same time. And I was really scared. I was like, “I hope I did this right.” I was a little nervous about that because I’ve never actually been to Congo, so all the research we were doing really was just a lot of reading and trying to connect with other individuals there. I was actually supposed to go to Congo this year but obviously I couldn’t go anymore. So this was really Congo in my eyes — my perspective from stories that I’ve been told, from photos, videos and just a lot of research.

With major fashion houses doing their own versions of virtual shows and New York Fashion Week being condensed to a few days, it seems like the fashion industry is still trying to adapt to a new normal amid the pandemic. What do you think the future of fashion will be?

I think right now a lot of people are adapting to what we’re currently dealing with because honestly, we don’t really have a choice. So I think people are really making the best of what they can, and I think the digital world allows people to be able to explore different ways to express themselves, be creative, show their clothing, present their collections to the world. And I think we’re going to see more of that. I do feel like there’s still a need of human connection. I don’t think everything should be digital, because I personally miss having photo shoots and I still want to have a runway show of my own one day. I think it’s going to be like half and half.

For this collection, you also created the Colette T-shirt, of which 20% of proceeds went to an organization called As You Sow that supports initiatives against illegal Coltan mining in Congo. Do you plan to continue discussing social awareness issues in your work?

I do. I just want to make sure that whatever we do, it’s authentic to who we are and aligns with what we’re doing, just so that it can feel genuine, so that it can really connect with the audience that we’re sharing it with. So I do plan to do more of that because it was actually the first time for me. So it was really good feedback, honest feedback, genuine support. So yeah, I’m looking forward to doing more socially aware campaigns and things like that.

Speaking of social awareness, the last time we spoke you were skeptical of how some fashion brands were responding to racial reckonings that we’re still experiencing. Now that some time has passed, I’m curious how you feel about how the fashion industry is reacting.

My biggest thing with what’s going on currently is I hope it’s not like a trend. I hope it’s something that actually sticks. There’s been like a lot of heat. People are speaking up about certain things, and I think that’s a big reason why things are shifting, especially with the protests and things like that. But I really hope this is something that can be implemented permanently and not like, “Oh, you know, 2020 during the pandemic and George Floyd and during the protests, this is how the Black people’s voices were heard.” But I hope it’s something that actually lasts [and] that works.

In response to what was happening, Teen Vogue Editor-in-Chief Lindsay Peoples Wagner and public relations expert Sandrine Charles started the Black in Fashion Council to address these issues and hold brands accountable. You are part of the council. Why do you think this is important?

I think when things arise in any industry — well, especially let’s talk about the fashion industry — there really isn’t a council or a voice to speak up for the Black community. And I think the Black in Fashion Council is a reflection of that, and it’s also a great way to hold people accountable while educating them and telling them how to do certain things. You want to support the Black community and you want to hire Black creatives. I think it’s OK for a company to say, “Look, we’ve been doing it wrong for so many years, but we want to make it better and we want to learn how to do it.” And that’s where the Black Fashion Council comes in, so I think it’s good. I’m really excited to see great things come out of this. And I think they’ve gotten a really, really great list of companies that have shown a lot of interest, so I think this is going to be like really big.

Since holding your show, what have you learned about yourself?

We seek validation in the wrong places. And I think throughout my career, I was seeking validation in the wrong places. I wanted to be a part of the industry so bad, and I wanted to do things the way it’s been taught and how they tell us it should be done. But really I had it wrong this whole time. It was when I finally decided to really just be like, “I’m not going to chase this industry that wasn’t really built for me to begin with. … I’m going to do my own thing.” The fashion industry felt like this elitist world that you can’t really be a part of even when you try. Even when you do it the right way, and I was like, “I don’t want to do this anymore.” And I told myself, “I don’t want to be at that table. I’m going to create my own table and bring other people along with me.” That’s what I’ve been trying to accomplish, and that’s a reason why I started Concept by Anifa M., where I educate emerging designers. I’m pretty much just teaching them everything that I know. I also sample and manufacture for them as well and do mentorship just because I know it’s hard to get in. So if there’s any way that I can help the generation that’s coming up or other people that are trying to do the same thing, I will.

Venus in Leo is Bringing You Incredible Chemistry with Basically Everyone

Fri Sep 4 , 2020
Photo credit: Getty/Katie Buckleitner From Cosmopolitan It’s Virgo season, so you’ve been working your ass off a ton lately. Plus, Venus has been in Cancer for the past several weeks, so you’ve been getting deeeep in your feels when it comes to your relationships. Honestly? It’s been a lot to […] 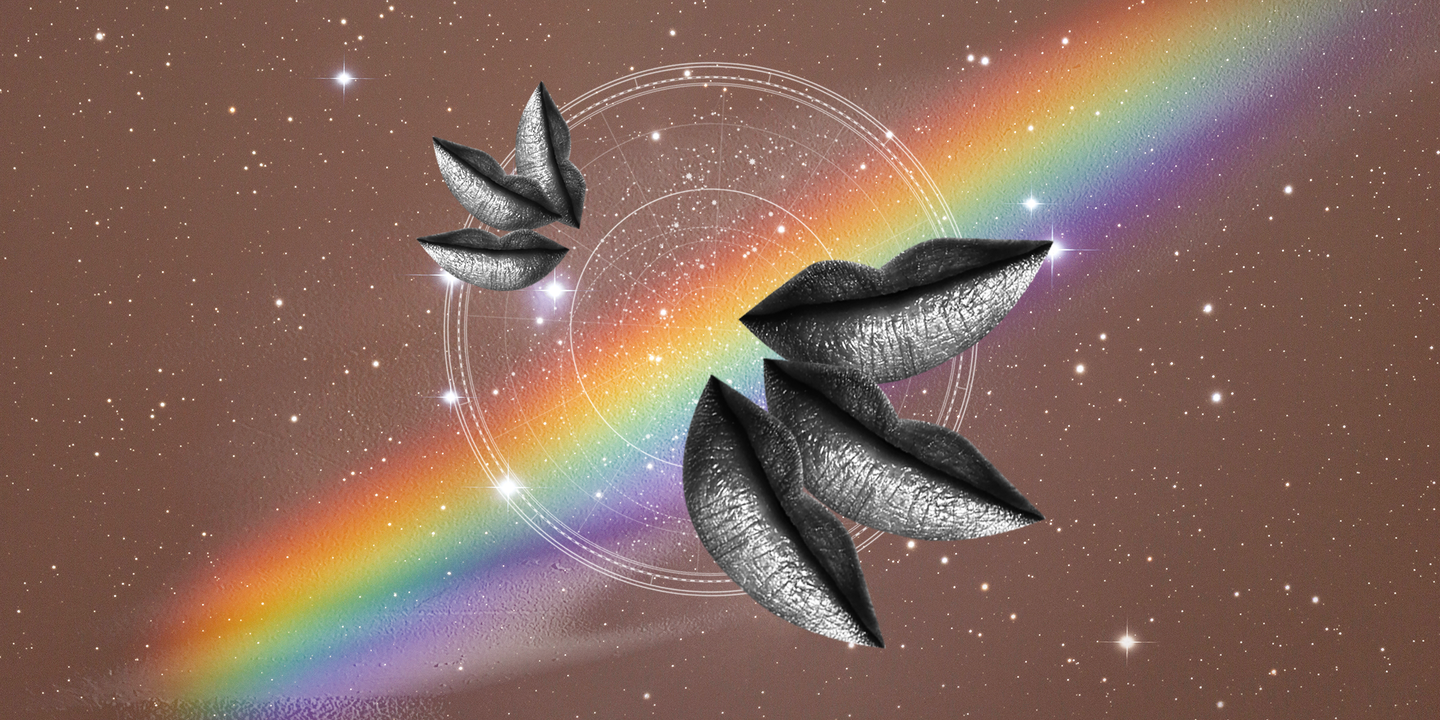