The Chinese conglomerate that snapped up the Thomas Cook brand after it collapsed into liquidation last summer is thought to be close to a relaunch of the company.

Fosun will unveil its plans to run Thomas Cook as an online travel agent as soon as this month, according to Sky News.

Insiders have suggested that an announcement about the revival of the 178-year-old brand could be made in the coming days, as long as Fosun secures the necessary regulatory approvals. It would also be subject to the introduction of any further quarantining restrictions on British citizens.

The newest iteration of the company would not operate its own airline, shops on the high street or hotels, and comes at a time when the holiday industry is under unprecedented strain.

Its rivals will be keen to see how it re-establishes itself in popular European markets, particularly in Spain, which was traditionally Thomas Cook’s largest market for British holidaymakers but faces extra quarantine measures for UK travellers at present.

Fosun has reportedly recruited a number of former Thomas Cook executives to work on the brand’s relaunch, and is understood to have set aside a significant budget for marketing. It is likely that the Civil Aviation Authority will have to approve the new operation before it can go live.

A spokesman for Thomas Cook declined to comment on the timing of the announcement.

Thomas Cook’s collapse a year ago prompted thousands of job losses and left customers stranded across the world, resulting in the biggest ever peacetime repatriation of British citizens.

Fosun, which had been a Thomas Cook shareholder for a number of years prior to its demise, acquired the name and other intellectual property assets from the company for £11m. It had originally agreed to contribute to a £900m rescue deal, which collapsed after it emerged that lenders were demanding a further £200m cushion at the last minute.

Most of Thomas Cook’s high street stores were sold to Hays Travel, which itself has been forced to make job cuts in recent weeks in an effort to lower costs.

Mon Sep 7 , 2020
The NBA bubble has held. So has the NHL’s double bubble. The WNBA and MLS, no leaks. In this unprecedented landscape of sports in a pandemic world, one indisputable fact has emerged: bubbles work. Thousands of tests, minimal to no positive COVID-19 test results. So as the NCAA gets set […] 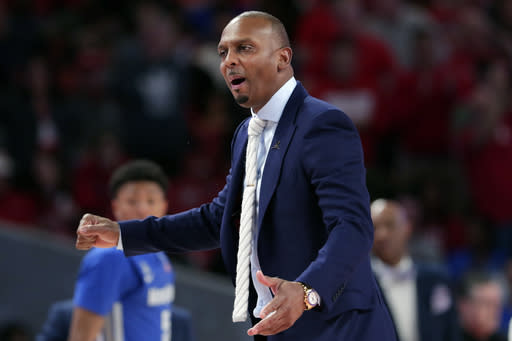