Let’s Never Go Back to the Runway 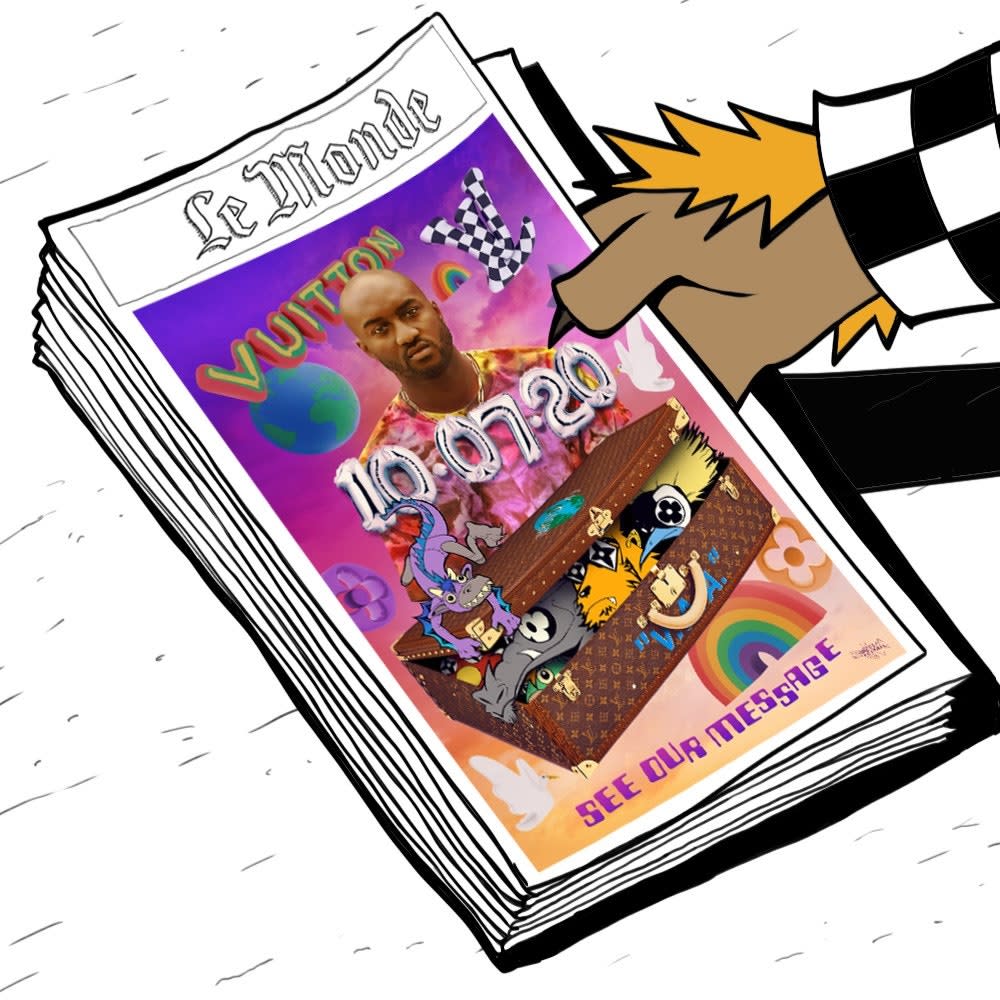 Let’s Never Go Back to the Runway

In the spring, designers announced new approaches to fashion week that seemed to add up to a chaotic, decentralized, impossible-to-follow system. But in practice, the new digitalized way of conceptual videos and runway live streams that’s emerged in the last five months is actually proving to be much more consumer oriented and possibly more creative (and certainly more sustainable) than the old runway regime. What if fashion…*stoner voice*…becomes like Coachella… but on Netflix? In other words, what if fashion shows become cool video events—with occasional smaller in-person shows, like concerts that get livestreamed? Each show is like a new chapter in the series, and what shows up in the stores is what shows up in stores, baby!

There will be runways in Paris and Milan this fall. But the recent digital menswear shows suggest that fashion shows may not and should not ever be the same again. For one thing, the new video-first fashion system potentially levels the playing field such that brands big and small sink or swim by the strength of a creative short film.

Take the video by Antwerp Six legend Walter Van Beirendonck, which might move you to tears. The collection was shown on eerie dolls, their lips and brows smudged with neons; the camera lingered beautifully over slightly chubby tailoring in crayola tones, outerwear with mirrored panels (because mirrors keep away evil forces and demons, remember), and stretchy tops printed with abstracted X-rays (a promising entrant in the tight-tops micro-trend ruled by Marine Serre, vintage Gaultier, and Asai); the grungy melancholia of Perfume Genius soundtracked it all. It was an intimate testament to the precarity of hope in this weird season, and the perfect expression of the wacky wearability of a designer who is too often overlooked (with a totally psycho cheetah-print fur beastie as the finale!). “I designed and tailored pieces that serve as protection from evil forces, symbolize the oneness of humankind and represent a reawakening of beauty,” Van Beirendonck said in his show notes. How can fashion ever go back to boring old runway shows after stuff like this?

And perhaps it won’t! Brands are still announcing new approaches to the fashion system. On Thursday, Louis Vuitton menswear artistic director Virgil Abloh declared that he will no longer show on a seasonal schedule, nor will he base his shows in a single place. (Abloh has shown his previous four Vuitton collections in Paris.)

On Friday morning, Abloh debuted a video for the Spring 2021 collection called “Zoooom with friends” featuring masked, Vuitton jumpsuit-clad models loading shipping containers of Vuitton goods on a barge to leave Paris, with crazy-vibrant, LV-monogram-eyed animated creatures swooping in and around, and great jazzy music Abloh created with his longtime runway collaborator Benji B (previously Phoebe Philo’s music guru during her time at Céline). It was pretty rad.

Then, on August 6 in Shanghai, he’ll stage an in-person show to debut the collection, with another show in Tokyo to follow. “My shows will now travel the world, the beginning and ends of season won’t be on the invite,” Abloh told WWD. “It’s one continuous flow that has a little bit of new and some things you’ve seen before. And philosophically, when it comes to the sustainability idea, I’m starting to collapse all the seasons into one.”

Skeptics may raise eyebrows at an in-person fashion show during a global pandemic, but Abloh is onto something with his idea of a single, continuous show.

Videos are not only a cheaper, smarter investment than a runway show: they also open up more possibilities for the stuff around the clothes —the soundtrack, the models, the collaborators (I’m still thinkin’ about those JW Anderson masks), the people behind the scenes who make it all happen. Take Berluti, which previewed its collection on Friday by staging a conversation between designer Kris Van Assche and artist Brian Rochefort, whose oozy, bubbling, wildly colored ceramics inspired the collection. It’s the kind of collab that’s a hard sell when everyone is running around Paris, but here it was a beautiful opportunity to hear Van Assche actually explain the clothes and how he lands on the intensity of his colors and textures.

Same goes for Issey Miyake, which put together a beautiful video of dancers grooving in plissé, caressing plissé bouquets. Almost every guy I know has a pair of Issey Miyake Plissé pants—or desperately wants some, but can’t find them because they sell out briskly online and rarely show up on resale sites. For many brands, that kind of brand consistency—a pleated legend since 1970!—would be hard to spin into novel gold every season, but Issey Miyake has always been good at it. I remember the Spring 2019 womenswear show, in which models walked down the runway while playing with beautiful bending chapeaus.

As the Miyake and Berluti shows underscore, designers have really leaned into the realization that the point is no longer to show new styles for the next season for a chosen few to digest and assses, but to sell consumers on their world through content. That could sound cynical, but it’s actually a thrilling possibility. Think of all the cool filmmakers, musicians, artists, makeup designers, hair stylists, and more that fashion designers could collaborate with. It doesn’t seem weird to imagine that in a few years’ time, you’ll say you wanted the blouse or trousers from the Virgil Vuitton feature film. Brands like Miu Miu have been doing this for years, but making it the main event, replacing the out-of-date runway show, instead of a cherry on the marketing plan, makes everything feel less, well, exhausting, and much more modern.

As Miyake wrote in a message at the end of his film, “For a future that is bright, healthy, and full of hope.”