The following is a transcript of an interview with Chicago Mayor Lori Lightfoot that aired Sunday, August 16, 2020, on “Face the Nation.”

MARGARET BRENNAN: We go now to Chicago, where protests turned violent late yesterday. At least 17 officers were injured and 24 people were arrested. Mayor Lori Lightfoot is there. Mayor, thank you for joining us this morning. Can you address for us why this happened? I know you had messaged ahead of it that you had hoped protests would remain peaceful and that you wouldn’t see a repeat of what happened last Sunday.You called that- last Sunday, a planned attack. Is that what happened this time?

CHICAGO MAYOR LORI LIGHTFOOT: No, look, unfortunately, what we’ve seen in cities all across the country, not just Chicago, is a continuing wave of protests. The vast majority of these have been peaceful. But what we’ve also seen is people who have embedded themselves in these seemingly peaceful protests and come for a fight. So what happened yesterday was really over very fairly quickly because our police department is resolved to make sure that we protect peaceful protests. But we are absolutely not going to tolerate people who come to these protests looking for a fight and are intending to injure our police officers and injure innocent people who just come to be able to express their First Amendment rights. That is a very different thing that happened yesterday, that unfortunately, what happened in the looting last Sunday night, which absolutely was a planned attack. It’s not spontaneous when you bring U-Haul trucks, cargo vans and high end robbery tools. So we are working with our–

MARGARET BRENNAN: Who planned it?

MAYOR LIGHTFOOT: Well, that’s what we’re working with our federal partners to identify exactly who the ringleaders are. We obviously made one hundred plus arrests that night. We’re actively pursuing cases against others, but we are determined to make sure that we get to the bottom of this and bring those responsible for this organized crime effort to justice.

MARGARET BRENNAN: The White House has warned that Chicago may be emerging as a hot spot due to high transmit transmission rates and inadequate social distancing. Are you concerned that what’s happening, these mass gatherings, will accelerate that further?

MAYOR LIGHTFOOT: Well, interestingly, we didn’t see that rise when we saw a lot of mass gatherings in late May, early June, but yes, of course we’re concerned. If you look across the country, virtually every state has been blowing up with new COVID cases. And while a number of those states we’re seeing a slight decline in the cases, there’s still at such a high level that, that’s a problem. And as people travel from one jurisdiction to the next, then that presents challenges for other jurisdictions. Chicago has seen a steady increase in cases. That’s being driven by our 18 to 29 year old cohort. We’ve just got to break through to young people that they are not immune to this virus. And we’re continuing to see an increase in the Latinx community, which we are actively engaged with our partners on the ground there to do more work, more intervention to bring those rates down.

MARGARET BRENNAN: So you’ve- the public schools in Chicago have already said they’re going to go online for the fall.

MARGARET BRENNAN: How are you going to determine as a city when it is safe to go back, given your concern about community spread right now? But at what point do you say it’s OK to put kids back in the classroom?

MAYOR LIGHTFOOT: Well, look, there’s a- going- thinking about the schools is a complex problem, one, it’s not just the students themselves, it’s the entire ecosystem of a school. So you’ve got teachers, you’ve got principals and you’ve got staff. Looking at Chicago, we have a number of teachers and support staff who are over 60. We know that those are still vulnerable population. We have a number of people that work in the school system who have underlying medical conditions. Comorbidity is still a real issue. So thinking about the schools is a very complicated endeavor. And we want to make sure that we provide the safest environment for our young people to learn. Now, we’ve decided we’re going all remote. We have offered a program to connect 100,000 houses for free with Wi-Fi and broadband because we know that that’s critically important to enhance the learning environment for our young people when we’re doing remote learning. And we also need to make sure that–

MARGARET BRENNAN: And you got–

MAYOR LIGHTFOOT: –we are- go ahead. I’m sorry.

MARGARET BRENNAN: Sorry, are you getting everything you need from the federal government? You heard Mr. Kushner saying there’s so much being provided. Is that true?

MAYOR LIGHTFOOT: Look, we’re never going to get everything that we need from the federal government. If we waited for them, we’d be in dire straits. It would be great if there was not the chaos that we’ve seen at the federal government, the White House fighting the CDC, the HHS hijacking the reporting process. And still, we don’t have a consistent testing regime. We still don’t have a federal mask policy. The chaos at the federal level has not been helpful to anyone, not Chicago,–

MAYOR LIGHTFOOT: –not Illinois, not states across the country.

MARGARET BRENNAN: You are a surrogate for the Biden campaign. During Senator Harris’s own presidential bid, progressives challenged her past record as a prosecutor. Do you think that is still a liability going into the fall?

MAYOR LIGHTFOOT: I do not at all. I mean look at- the proof is in the pudding, the level of enthusiasm that has come this week from the announcement that she would be the vice president. She really is, I think, inspiring a number of different constituencies. Of course women, of course the Indian and South Asian community and of course Black women in particular. The enthusiasm for this ticket is so high and people are excited in the midst of all of what’s going on, the concerns, the anxiety, the fear, the anger. People need something to hold on to. They need hope. And that’s what the Biden-Harris ticket really provides, steady leadership, leadership that is going to speak truth to power. And it’s going to lead us through this difficult time. The contrast between Biden-Harris and Trump-Pence could not be more great.

MAYOR LIGHTFOOT: I think you’re going to see that in full display this week.

MARGARET BRENNAN: All right, Mayor Lightfoot, thank you for joining us. We’ll be right back.

MAYOR LIGHTFOOT: Thank you very much.

Sun Aug 16 , 2020
(Bloomberg) — The U.S. added 47,813 virus cases, a 0.9% rise that compares with a 1% increase over the previous week. Nationwide deaths exceeded 1,000 for the fifth consecutive day. A measure of intensive-care hospitalizations in California rose to the highest in seven weeks. Italy told nightclubs to close, matching […] 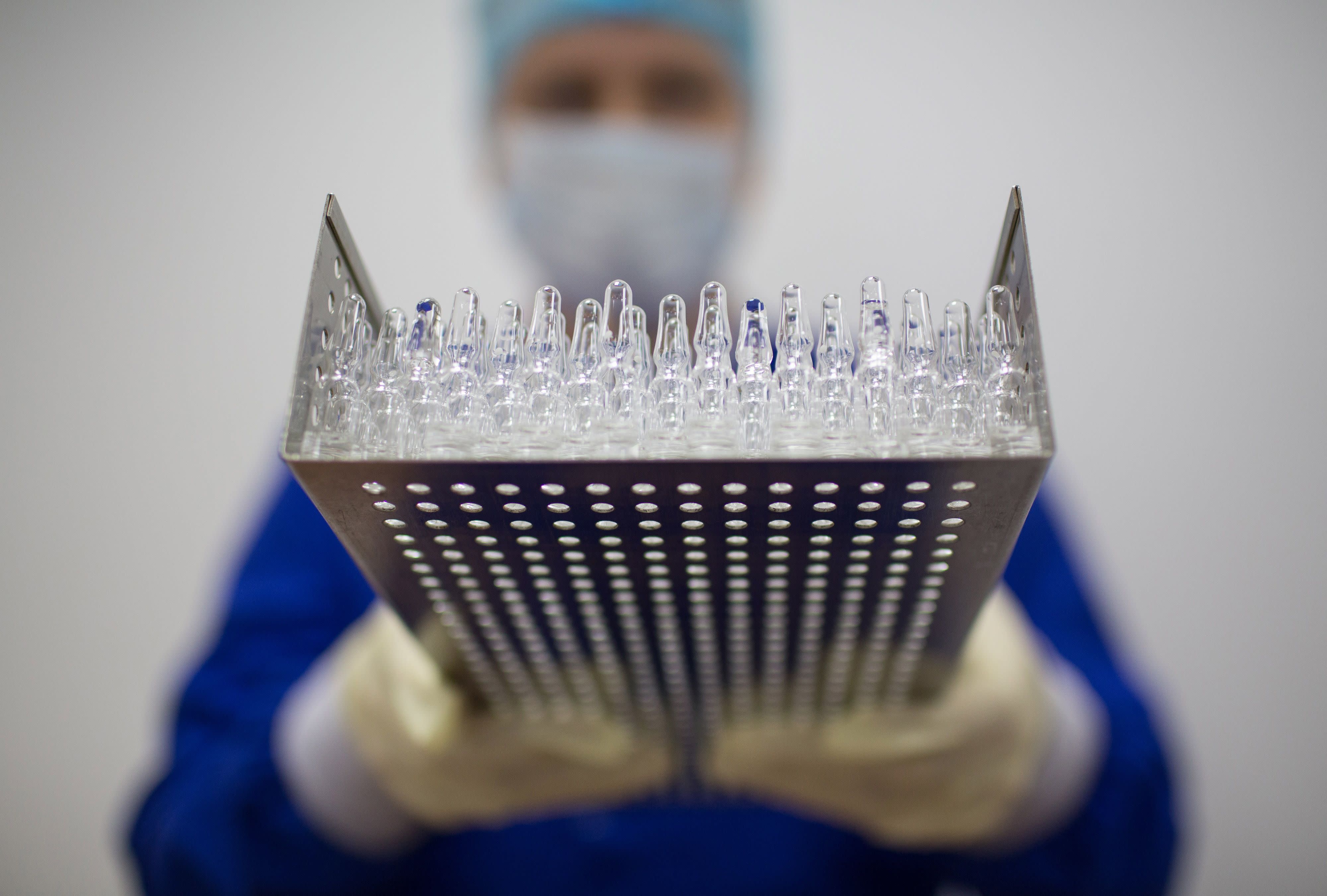