Let me be the first journalist to nominate Senator Ted Cruz and CancunGate for the Chris Christie Insouciance in Government Award for 2021.

This distinction is named after former New Jersey Gov. Chris Christie and his DisneyWorldGate vacation during a massive Jersey snowstorm in 2010. And I have selected a most important appropriate item for the award. It is the infamous photograph of Christie in a beach chair during the 2017 New Jersey budget crisis, juxtaposed with the George Washington Bridge of Bridgegate in the background.

Now during DisneyWorldGate, Christie was a model of indifference toward his fellow New Jerseyans whose lives were upended. He just went on his merry way, ignoring the ensuing controversy. He knew at that time that there were sycophants in the state and national press corps, like his acolyte Nicolle Wallace who would lionize Christie and build him up for a future White House run. And the pre-Bridgegate Christie was politically unharmed by DisneyWorldGate and went on to win a near-record 2013 reelection landslide.

Ted Cruz will not be so lucky. CancunGate, an apt word used to describe the scandal of his jaunt to Mexico during the deadly and destructive Texas power outages, will be the final nail in the Cruz political coffin. He will be defeated if he runs for reelection as U.S. Senator from Texas in 2024, and his future presidential chances are hopeless.

The crisis highlights two toxic aspects of Cruz governance and politics: 1) the anti-regulatory environmental and energy policies of Cruz and the Texas Republicans, which are the direct cause of the present nightmare; and 2) the ugly anti-Blue State Republican cultural war in which Cruz is a general, a war used as a rationale to justify the Cruz/Texas GOP environmental and energy policies. When the crisis first broke, Texas Republican Gov. Greg Abbott claimed that the power outages resulted from the underperformance of the state wind and solar energy sectors, which constitute 10% of the state energy grid. This assertion was echoed by Tucker Carlson, the Joseph Goebbels fascistic de facto propaganda minister of Fox News.

This was, of course, a Big Lie. The catastrophic power outages resulted from the failure of the Lone Star State to require winterization and sufficient insulation of the deregulated Texas energy grid. And this omission was a prime example of the anti-regulatory policies that Ted Cruz cherishes and advocates for so passionately.

The Big Lie was a futile and despicable attempt on the part of the Republican Party and Fox News to discredit policies promoting renewable solar and wind energy. The voters of Texas realize this all too late right now, but not too late to vote against Ted Cruz for reelection in 2024.

And the Texas electorate now fully comprehends that politics, not sound science, is at the root of Ted Cruz’s energy and environmental policies. His pattern and practice is to weaponize politics in a false and fraudulent way in order to discredit environmental and energy policies in Democratic-run “Blue State” states whenever they incur disasters.

A classic example of Ted Cruz anti-Blue State rhetoric was his defamation of the government and people of California during the blackouts in the state this past August. These blackouts were caused by a heatwave. When California Gov. Gavin Newsom called for residents to conserve energy during the crisis, Cruz issued the following invective-filled tweet:

In the wake of the present suffering of millions of Texans, Cruz was forced on Tuesday to issue the following tweet of admission:

“I got no defense. A blizzard strikes Texas & our state shuts down. Not good. Stay safe!”

The anti-Blue State war explains Cruz’s Senate vote to deny New Jersey vitally needed aid to rebuild from the catastrophic damage caused by Hurricane Sandy in 2012 And the reasons Cruz gave for his vote were virtually all falsehoods.

The ultimate political hypocrisy of Ted Cruz was his vote for aid to Texas to rebuild from Hurricane Harvey in 2017, five years after he opposed Hurricane Sandy aid for New Jersey.

Yet the last straw for most Texans will be Ted Cruz’s abortive attempt to vacation in Mexico with his daughters. He originally claimed he did it because he was “trying to be a dad.”

There are millions of Texan fathers who are presently attempting to be good dads by roaming the streets and searching in vain for needed food, fuel, and water. These fathers do not have the luxury of a quick getaway to Mexico.

They will vote Ted Cruz out of office in November 2024. Get ready for the new U.S. Senator from Texas, Democrat Beto O’Rourke.

Alan Steinberg served as regional administrator of Region 2 EPA during the administration of former President George W. Bush and as executive director of the New Jersey Meadowlands Commission.

Here’s how to submit an op-ed or Letter to the Editor. Bookmark NJ.com/Opinion. Follow us on Twitter @NJ_Opinion and on Facebook at NJ.com Opinion. Get the latest news updates right in your inbox. Subscribe to NJ.com’s newsletters.

No internet, no email. SC’s rural residents are struggling to get COVID-19 vaccines

Fri Feb 19 , 2021
The COVID-19 vaccine has been hard to come by in Barnwell County. The small rural county of about 21,000 people on the state’s western border has one of the highest per capita rates of coronavirus infection in South Carolina and is one of eight counties in the state without a […] 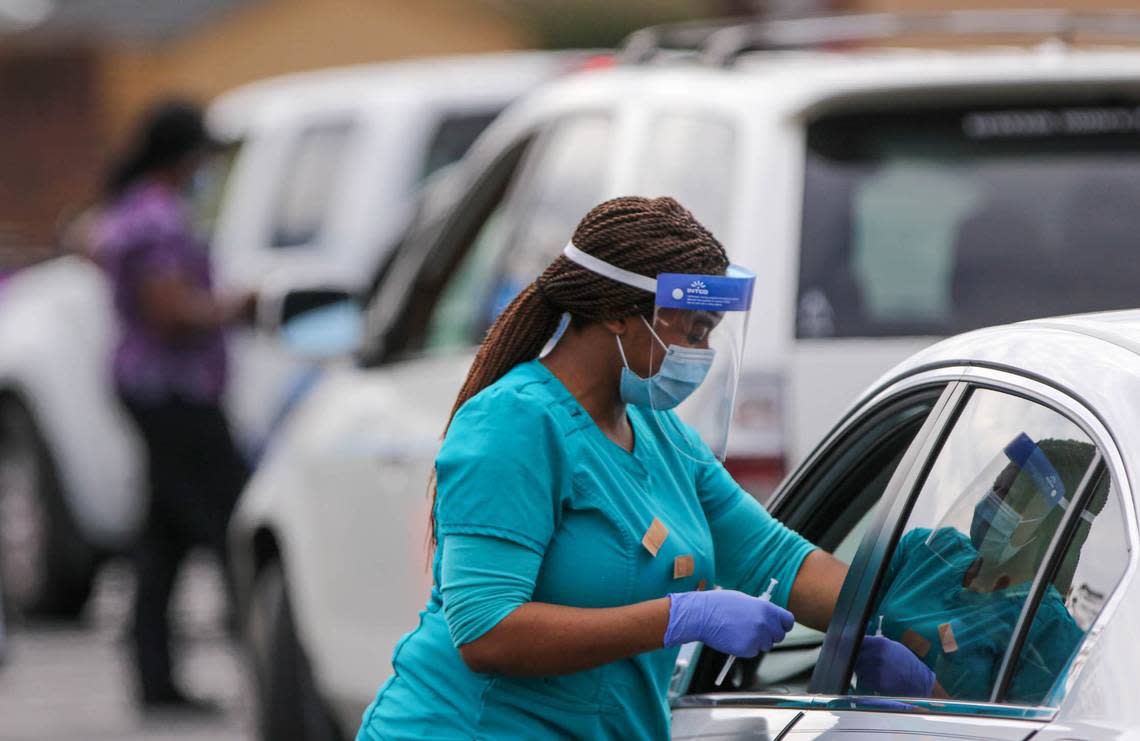