OGDEN — In addition to summer vacation being delayed by a day, students at Highland and Mound Fort junior high schools now have a shortened spring break, the Ogden School District told parents in an email this week.

The announcement comes after a monthslong deliberation about how the district would make up school days missed after a severe windstorm swept through the Wasatch Front in September.

Classes at all schools in the Ogden School District were canceled on Sept. 8. Early the next morning, the district tweeted, “Due to continued widespread power outages and continued hazardous conditions all school locations and Ogden Online will remain closed today, Wednesday, September 9, 2020.”

Most students in the district returned to class on Sept. 10, but due to a persisting power outage at the buildings, Highland and Mount Ogden junior high schools did not resume until Sept. 14.

The Ogden School District announced in December it would tack on one more day at the end of the school year for all schools to make up for time lost. Instead of ending on May 27, students’ last day of school will be May 28. At that time, however, district officials were unsure of how the two junior high schools would make up an additional two days of school due to the extended cancellation.

After discussions with teachers, support staff and school administrators, according to the email sent by the district, students at those schools will complete eight hours of instruction over two days — April 5-6. The work, the email said, will be done asynchronously, meaning “students will complete the course work at home and at their own pace.”

“We recognize that this change presents a potential disruption to family plans during the week of Spring Break,” the email read. “Several options to reschedule these two days were considered.”

It continued, “After careful consideration of the impacts of limited travel opportunities due to COVID-19, combined with the opportunity to provide asynchronous learning rather than requiring students to attend school in person, it was determined that this would be the least disruptive option for students.”

Under state law, districts must conduct a minimum of 990 instructional hours over 180 days each academic year. More than half of the districts in the state sought a waiver to the policy before the school year began in anticipation of the strain the COVID-19 pandemic would place on educators, state school board Deputy Superintendent of Policy Angela Stallings told the Standard-Examiner in December.

Ogden was not among the districts which submitted a waiver. Spokesperson Jer Bates told the Standard-Examiner last month the Ogden School District opted out of pursuing a waiver because after analyzing district-specific data, administrators did not see a need for one.

Without a waiver, the district is mandated to make up any school days that are canceled, including cancellations brought on by unforeseen events.

Seniors are frustrated by inability to sign up for coronavirus vaccinations

Thu Jan 28 , 2021
With online registrations largely available only through individual providers, some seniors and their loved ones raced to sign up for openings that begin Monday. They refreshed Web pages, tested every link, and waited for hours, often to no avail. They described outdated information pages and glitchy websites that put them […] 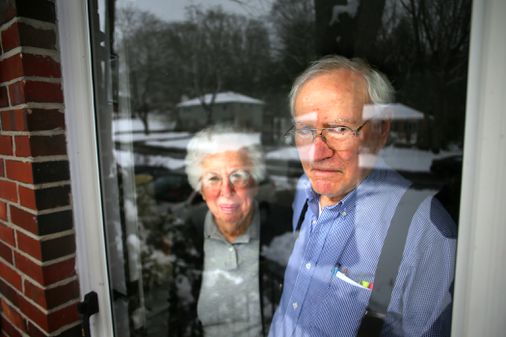