Hollywood & Highland, the splashy shopping center around the theater where the Academy Awards are held, will get a $100-million makeover intended to transform the well-known Hollywood Boulevard tourist attraction into a place locals want to visit, too.

Key to the center’s renovation will be turning as much as half of its space into offices for rent, a reflection of the challenging climate for retail stores and the emergence of Hollywood as one of the city’s top office markets, where Netflix, Viacom and other media giants have expanded in recent years.

The imposing structure next to the historic TCL Chinese Theatre stands at the heart of the Los Angeles tourism industry. Before the pandemic hit, more than 25 million visitors a year stopped by to gape at the theater’s footprints of movie stars and stroll the Walk of Fame celebrating generations of show biz luminaries. Celebrity impersonators and tour bus operators clamored for business outside.

Hollywood Boulevard is nearly devoid of tourists now, and about a third of the center’s businesses are closed at least temporarily. But the owners of Hollywood & Highland plan to press forward with renovations in the hope that people will be back by the time they are finished late next year.

Completed in 2001, Hollywood & Highland has provided the neighborhood with a stalwart anchor, a place meant to give newcomers a sense they have arrived in the off-screen Hollywood of their imaginations. Even though it has already had one makeover, the center is dated and still saddled with fundamental problems in its design that need to be fixed, its owners said.

“It’s essentially built like a fortress that is uninviting,” co-owner Goodwin Gaw said. “Its original design features don’t work in today’s world and certainly not in tomorrow’s world.”

The complex has a confusing layout and entrances are too few, which can make it hard to find your way in and out, he said. “It needs to be more permeable to bring people in.”

Gaw is chairman of Gaw Capital Partners, a Hong Kong real estate investment firm that specializes in turning around underperforming properties. Its U.S. affiliate manages more than $3 billion worth of real estate, and Goodwin Gaw has renovated historic properties in Los Angeles such as the Bradbury Building downtown and the Hollywood Roosevelt hotel in Hollywood.

One of the center’s challenges is its five-story height, said Stenn Parton, chief retail officer at DJM. Underutilized retail and event space on the top two floors will be converted to offices, he said. That’s about a third of the mall’s total space, and Gaw said the amount converted to offices could end up being be as much as half of the property.

Many shopping centers were already struggling before the pandemic hit, Parton said, and the financial crisis will only hasten the downward trend as people increasingly shop online and look to malls more for fun experiences than simple purchases of clothes and other goods.

Hollywood & Highland needs to “pivot and transform away from being a hub of transaction to a hub of culture,” said architect David Glover of Gensler, who is in charge of the redesign. “What we did was an editing job to recast this into a 21st century development.”

Changes to the center will be both structural and cosmetic. The plan calls for a simplified facade and color scheme, more navigable layout, lush landscaping, new art pieces and expanded outdoor space to provide more opportunities to dine and linger.

The giant white elephants referencing the Babylon set of D.W. Griffith’s 1916 movie “Intolerance” and other thematic elements will be removed to simplify the design and give the center a sense of “timeless” 21st century modernism, the developers said. The prominent arch with Babylonian images will be converted to a modern take on Art Deco style inspired by the upward beams of klieg lights once common at Hollywood movie premiers.

Signs of different sizes that tend to compete with one another for attention on the boulevard will be consolidated in larger billboards in the hope of reducing clutter and presenting a more cohesive image for the property.

The complex will be renamed Ovation Hollywood, meant to signal that it is a place to find entertainment and culture. That goal calls for creating an atmosphere that appeals to local residents, no small challenge for a center so devoted to tourism at its inception that it included duty-free shopping. But without Angelenos, it can’t thrive, the owners said.

About a third of the center will be dedicated to food and drink, enticing people who live in the area or might view Hollywood as a central meeting point when friends gather from other parts of town. The right restaurants can help other merchants, Glover said.

Locals “are not going to come to a flagship Sephora store and then eat,” he said. “It’s going to be the reverse.”

The presence of Angelenos would also appeal to tourists, Parton said. “Our mantra is, tourists want to go where the locals go.”

Gaw’s ambition is to see Ovation Hollywood become a town square for the neighborhood, a place where people may want to unwind in a sidewalk cafe or gather with friends at an outdoor restaurant. The restaurants and smaller shops among the big anchor stores need to be edgy, he said, because “Hollywood tends to be an edgier crowd.”

The offices would also naturally bring in locals, and Gaw expects tenants will be in such creative fields as media, technology and advertising along with Hollywood mainstay entertainment.

“I see that for half of complex,” he said. “The other half is the town square of Hollywood.”

With its hefty scale, Hollywood & Highland was a beachhead for a wave of real estate development that would transform Hollywood from a rundown, crime-plagued civic embarrassment often avoided by locals into a neighborhood with thousands of upscale apartments, high-rent office buildings, and trendy stores and restaurants.

Civic leaders including the city’s redevelopment agency had long been trying to lay the groundwork for a comeback of the once-bustling commercial district, but most investors remained wary of spending substantial money on property improvements until developer Trizec Properties Inc. went deep with the Hollywood & Highland complex once valued at $650 million, longtime Hollywood real estate broker Christopher Bonbright said.

“It was the first major project that really catalyzed everybody who was working for years to turn Hollywood around,” said Bonbright, a principal at Avison Young. “Other developers had the confidence to come in after that. It was a psychological turning point.”

Unfortunately for Trizec, however, the center opened in a recession made worse by the Sept. 11, 2001, terrorist attacks, and not many free-spending tourists came to call. Trizec sold the property to CIM Group for about $200 million in 2004.

CIM’s upgrades included making it more appealing on the outside to the streets of Hollywood and Highland. And now it’s time for another redo that will prepare it for better times, the new owners said.

“Our vision for Ovation extends far beyond 2020,” Parton said. “Our hope is that the updated center, post-pandemic, will be a place where locals and visitors alike can come to relax, be entertained, and celebrate being on the other side of this.”

Wed Aug 5 , 2020
Our editors independently selected these items because we think you will enjoy them and might like them at these prices. If you purchase something through our links, we may earn a commission. Pricing and availability are accurate as of publish time. Learn more about Shop TODAY. It’s hard to believe […] 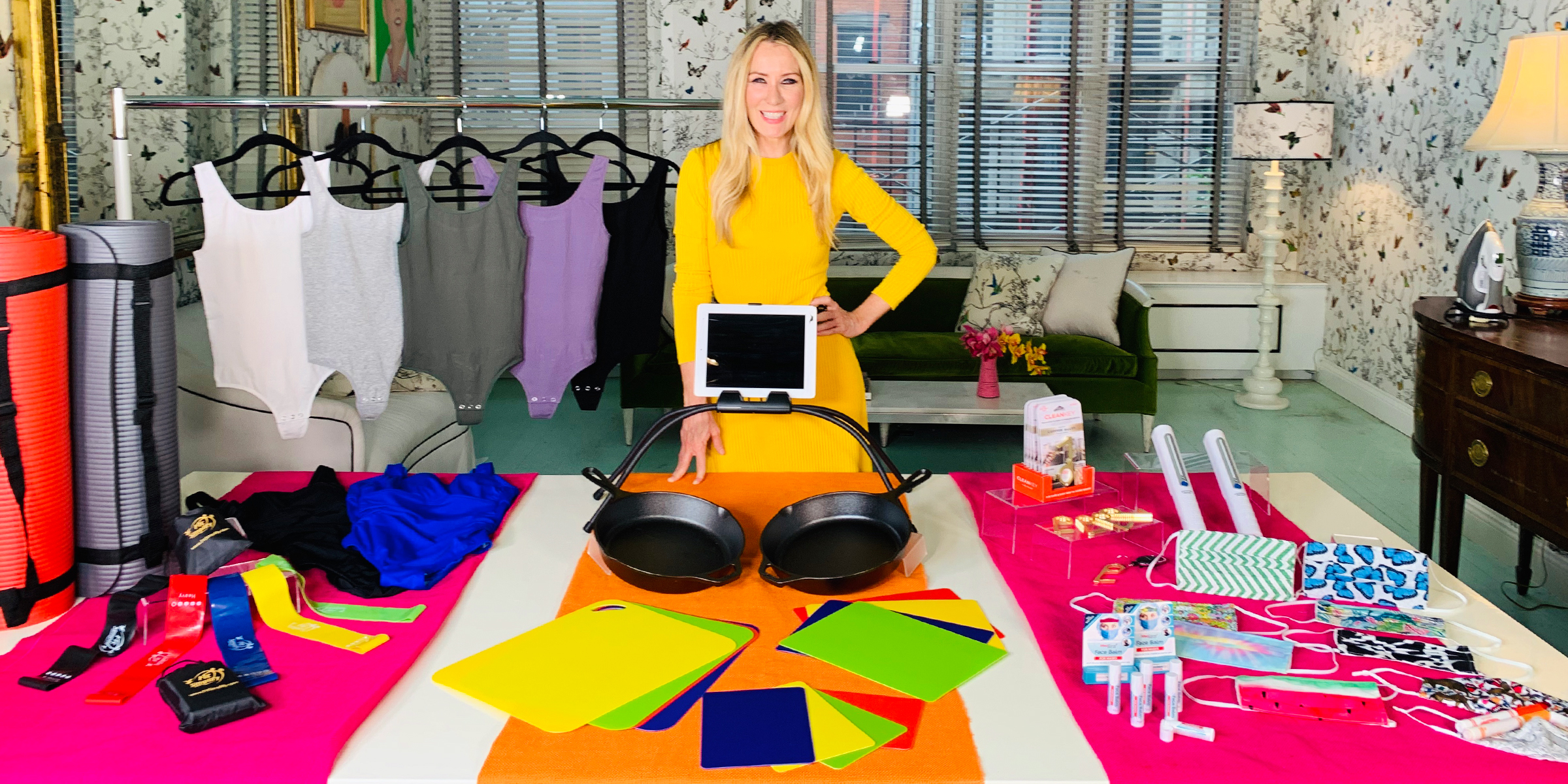