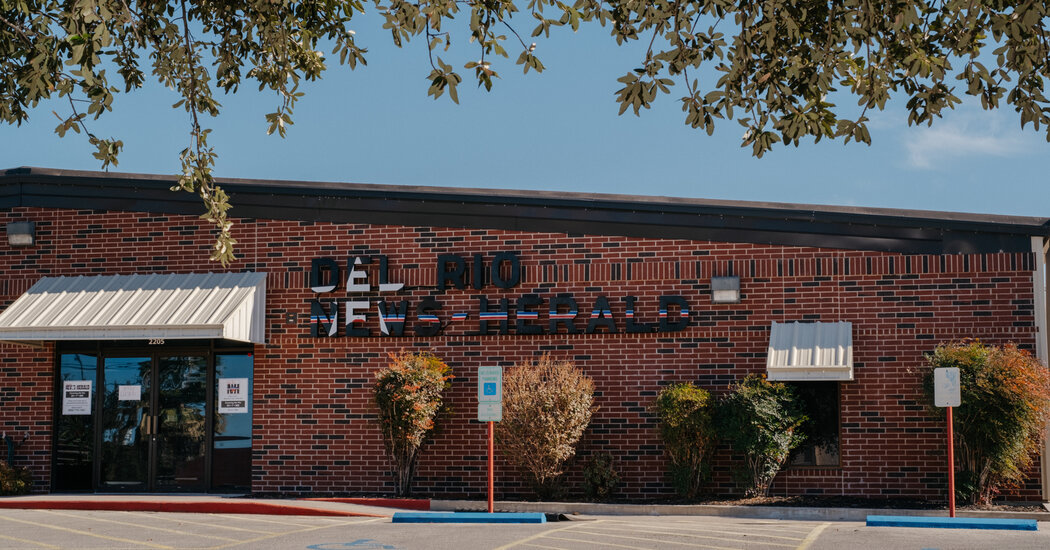 More than 200 men, women and children on horseback and ATVs and in pickup trucks snarled traffic along seven miles in Cienegas Terrace, a colonia between the Del Rio airport and the Rio Grande. A ranch cookout followed, with beer kegs, homemade tamales, a roping exhibition, and a norteño band playing behind a curtain of cigarette smoke.

Diego’s uncle, Beto Torez, who grew up in Del Rio, was at the party with his young family. He lives 260 miles east, in Austin, where he works as a church music director. Del Rio is lovely to visit for the day, he said, but to raise his children here? No way. Austin has a better music scene.

The cabalgata made the news on Noticias Del Rio TV, a local bilingual Facebook page with nearly 85,000 followers. The 830 Times so far has 3,000 followers on its Facebook page. The disparate numbers hint at the obstacles Mr. Langton faces in his push to make The 830 Times succeed in a world dominated by Google and Facebook advertising and competitors with Spanish-language appeal.

“For now, I’m footing the bill,” he said. “Am I gambling on the print product? Yes. I could lose it all.”

At age 24, Mr. Langton was married, broke and desperate for work in Minnesota. The Air Force was hiring, so he enlisted.

The military moved him every three years or so, an itinerant life that mirrored his upbringing as a preacher’s son. He worked as a public affairs specialist in Indiana, Maryland, Arkansas, Nebraska, Turkey and then Cocoa Beach, Fla., which he called “the perfect place to bounce back from a divorce.”

Mr. Langton remarried and moved with his wife to his final post in Del Rio at Laughlin Air Force Base, the largest pilot training facility in the United States.