MEMPHIS, Tenn. —
While business owners in Shelby County are standing by to see what may or may not change with any new health directive, a new report outlines how the economy of the Mid-South has been affected by COVID-19. An analysis by Business.org found In Tennessee businesses connected to the arts, entertainment and recreation are down almost 70 %  since the beginning of the pandemic.

“I grew up in poverty and i say my years of growing up in poverty prepared me for this moment,” said Ekundayo Bandele, Hattiloo Theatre founder.

Thanks to our donors who make it possible to share our Food Fund bounty with the students of Dunbar Elementary and to @scsk12unified for an ongoing partnership to educate students in the Arts! @btwmemphis today! https://t.co/9JzzCLwKLt

Bandele,  was referring to trying to survive during the pandemic.  Bandele said this year, 6 major productions had to be cancelled, along with youth and afterschool programs.  Bandele said when it comes to the arts, cancelling events doesn’t just equate to lost ticket sales, it is  also lost revenue in concessions, the giftshop and sponsorships.

Bandele said fortunately for Hattiloo, they are doing OK for now,  thanks to strong donors and supporters.

“Although  we are performing with reduced staff and  reduced programming, they are continuing to donate to the theatre at the level they did before the pandemic,” said Bandele.

According to Business.org Tennessee’s most affected industry during COVID-19 is arts, entertainment and recreation. Down 69.8 percent.

” Any place thats dependent on tourism or arts or anything that require participation like plays they have been devastated,” said John Gnuschke, U of Memphis economist.

Gnuschke said in Memphis, recovering from the pandemic losses will take time.

Smythe said this has been a challenging year. While donors are continuing to give and be supportive, Smythe said there is a lot of uncertainty about what will happen in the future. The ballet school normally teaches 600 students a week through the program with Shelby County Schools and students who train in their studio and who are part of their youth development program.

“We pick them up we provide transportation, tutoring afterschool mentoring we have an entire youth development program around what we do,” said Smythe.

Smythe said they had to move programs online and cancel 3 productions but she feels fortunate the school has a variety of income streams unlike some performing arts groups.

Smith said while the bottom line of many performing arts groups has been seriously affected, there is a silver lining, Smythe said it brought many in the art community together..

“We realized how much we loved each other. We really care and we don’t want anyone to fail. We want to make it thru this,” said Smythe.

Wed Dec 23 , 2020
Woman in shopping mall with bags shopping during pandemic and wearing face mask against coronavirus. When I reached out to financial experts with the query, “What holiday splurges do you think are worth it,” I expected some of their responses to be, “none” — or lengthier ways of essentially saying […] 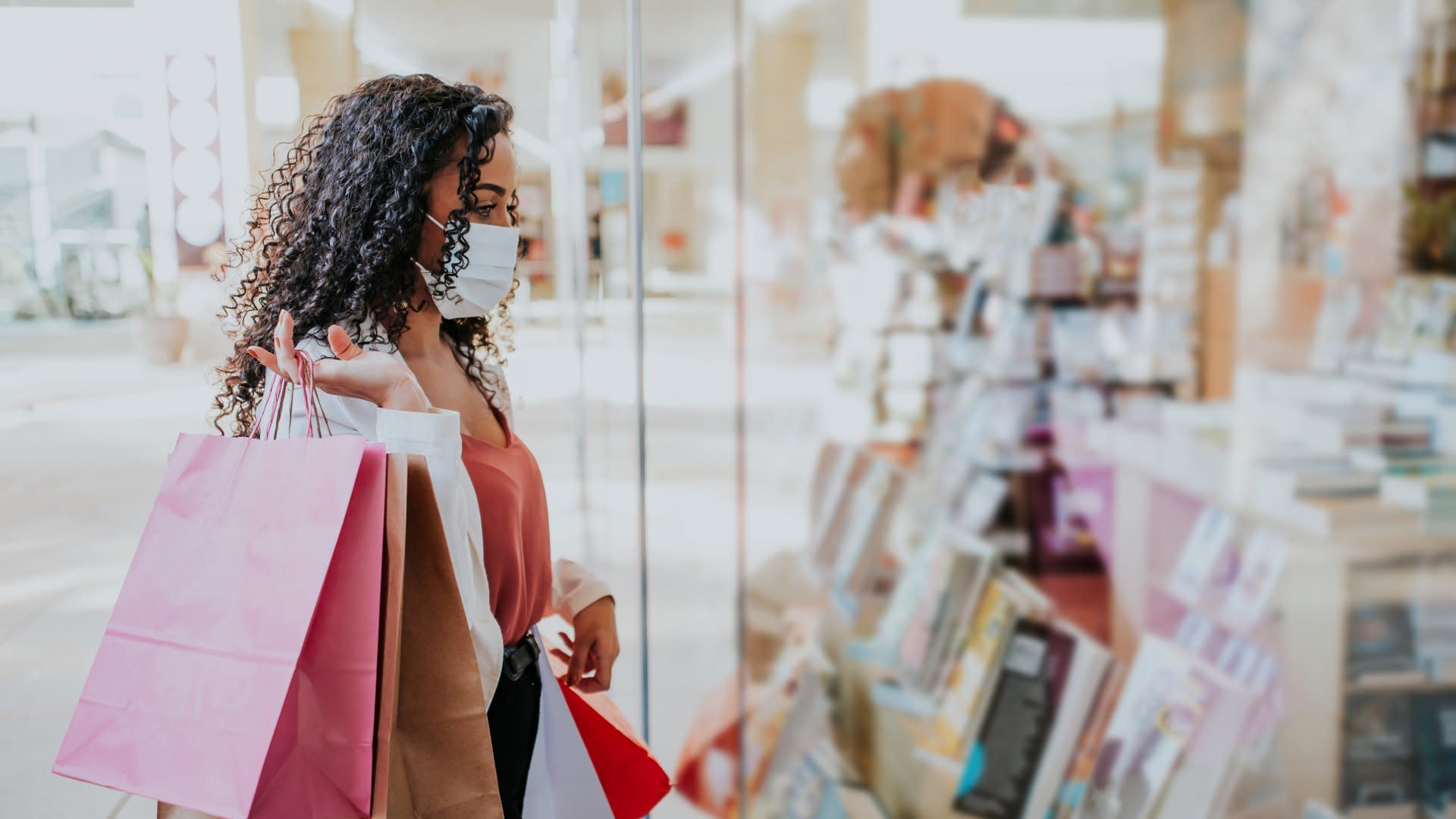