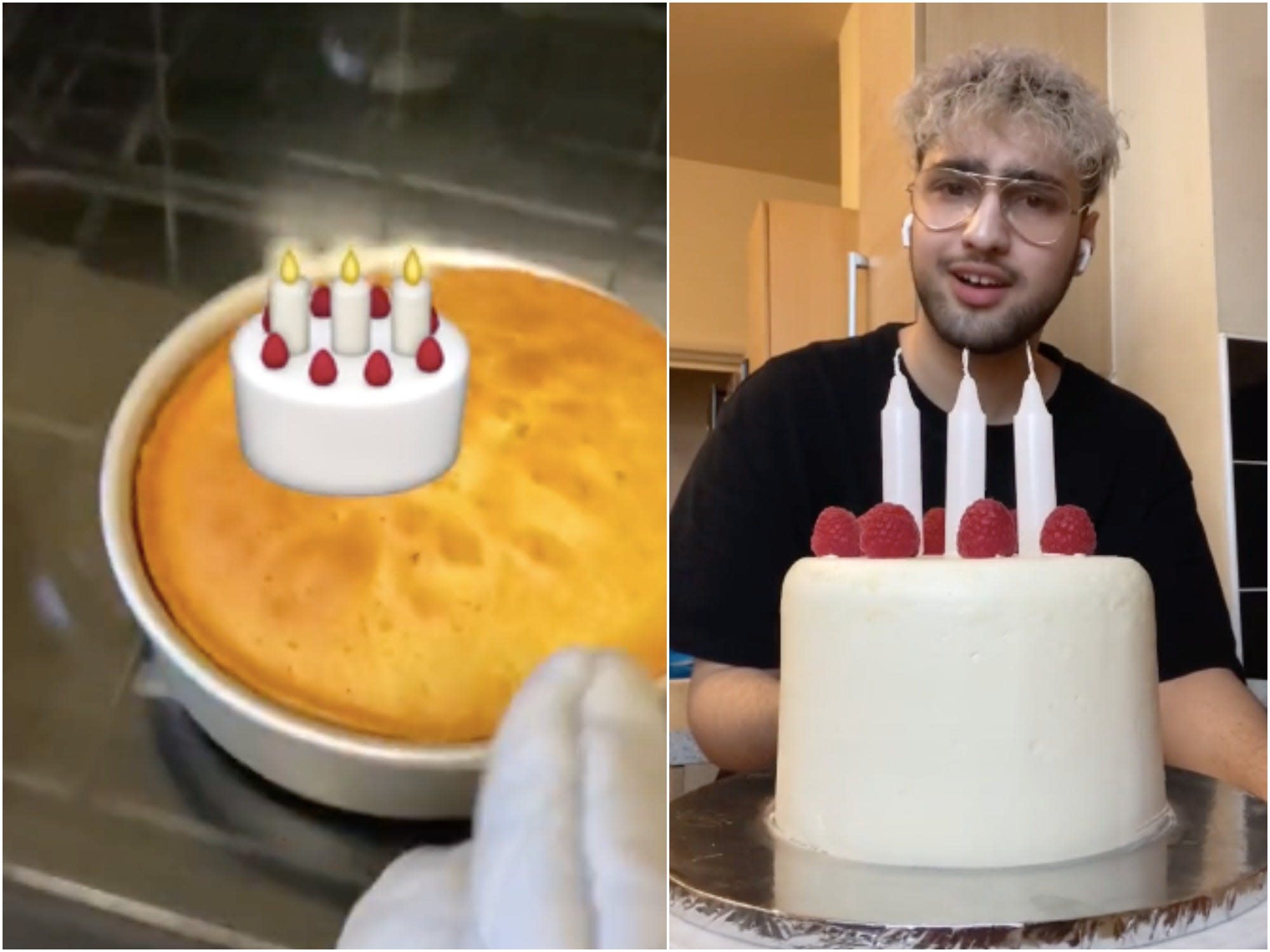 A TikTok star who went viral for recreating food emojis at home said he would “never recommend” his videos to people trying to learn how to bake.

Ash Baber, a 20-year-old university student from Manchester, England, gained popularity for his baking videos on the social media platform when the UK went into lockdown last year.

Baber told Insider that the first emoji recipe he came up with was the birthday cake. It was supposed to be a one-off experiment, which he did by zooming into the emoji on his phone and copying every detail – including using regular table candlesticks instead of birthday cake candles.

But then his followers recommended other emojis for him to recreate, and it’s since become a series. Baber has made life-sized versions of the donut emoji, the cupcake emoji, and the croissant emoji.

“I never thought I’d be spending so much time looking at emojis like this, but I will say my goal is to recreate them. It’s never to look exact, just because these images are more cartoon,” Baber told Insider.

Baber, who is in his second year studying Digital Marketing at university, previously took a two-year course in bakery.

However, he said most of the recipes from his videos have been a departure from what he learned, and were instead “self-taught” using videos on YouTube and TikTok.

“I do focus more on the comedy side,” Baber said, referencing the voice-overs in his videos.

“If someone wants to learn how to make something, I would never recommend them to come to my page. I follow so many people on TikTok who make food videos, and they’re the professionals,” he said.

“Whereas when it comes to me, I’ve never made the recipe before. It’s literally me trying it for the first time. I’m just trying to figure it out, I don’t really know what I’m doing,” he added.

The 20-year-old, who has more than 782,000 followers on TikTok, has become known for his fast-talking approach to the voice-overs in his videos and has even been compared to James Charles.

“I don’t mind it, but I don’t see the comparison,” Baber said. “I do think it’s because people think I talk fast. I don’t really understand it, but I’ll take it.”

Baber said his advice to others looking to recreate emojis would be to watch tutorials online before starting, and to “do your research on the emoji – zoom in as much as you can.”