Editor’s note: Campus protests have become a mainstay in American higher education in recent years. But now that many colleges and universities will be conducting classes online due to COVID-19, the nature of college protests is likely to change. That’s according to Sam Abrams, professor of political science at Sarah Lawrence College; Jonathan Flowers, a visiting assistant philosophy professor at Worcester State University; and April Logan, professor of English literature at Salisbury University, who shared their views in the following Q&A.

Sam Abrams: I anticipate that we will continue to see in-person protests this fall at campuses that are open and have spaces that cannot be locked down. These include public universities embedded in easily accessible settings. While this may be dangerous with the COVID-19 pandemic, in-person gatherings like this will generate considerable attention and possibly spur change even more so given the safety concerns associated with gatherings at the moment. Those who protest may be local and may not even be students given the limitations on travel.

Johnathan Flowers: Students may bring their activism into spaces where they’ve previously been denied access. As many universities have forced their administrative meetings online, including Board of Trustees, Faculty Senate, and other university-wide committees, students might organize presentations and involvement in these meetings. This is particularly true at public institutions that are required to keep their meetings open.

Do you expect student activism online?

April Logan: Yes, student activism will continue online. However, the unprecedented circumstances of COVID-19 will demand even greater creativity of activists as they turn to social media, email and other digital platforms to educate and mobilize the public.

Flowers: The lessons that students learned in the streets will be brought back to colleges in the fall. We may see more use of online platforms to generate pressure on universities to make changes to fight racism. Moreover, open letters that were previously circulated only within institutions will likely find their ways online to generate pressure, and we’ve seen some of this already. At Florida State University, for instance, 33 Black faculty members wrote a letter to the school’s Black student body addressing the police killings of George Floyd and the nationwide protests.

Abrams: I anticipate quite a bit of online activity, petitioning, virtual classes being hacked and video or mixed-media presentations. This worries me because virtual gatherings often amplify extreme voices. They also make discussion and dissent harder, they silence disagreement and promote a culture which promotes shame. Virtual gatherings allow ideas to be easily taken out of context. They can also limit the meaningful conversations and experiences that can occur when you can look someone in the eyes and read others in a room.

Has the time come to remove white racist icons?

Abrams: We need to be careful about applying broad labels like “white racist icons” to a wide variety of historical figures. There are some names and icons that need to be removed as they obviously represent ideas and actions that have no place on a university campus or in society whatsoever. Pro-slavery advocate John Calhoun at Yale was a straightforward example. But there are others that are open to debate and deeper interpretation and contextualization. These would include figures such as Franklin Delano Roosevelt, who led our country out of the Great Depression and through most of WWII, but was also a notorious anti-Semite.

Our colleges and universities are the exact place for that conversation, and it is important that these institutions of higher education remain places where students are challenged to engage with ideas that may be different than their own. I firmly believe in open inquiry and that a school’s name and history can be questioned, debated and altered. Our campuses, virtual or in a lecture hall, in a dorm, a student center or around a table, should remain the sacred spaces for that discourse.

Flowers: It depends what we’re talking about when we say “icons.” If we’re talking about “icons” as “great figures” in academic fields, then we need to think about how these individuals, when celebrated as “icons,” demonstrate the values and commitments of that academic field through their work. If the field tolerates an “iconic” scholar’s racism on the basis of their genius or their contributions, or if the field allows the scholar to keep producing racist scholarship, this demonstrates a willful ignorance of the ways that their racism informs their research and how they engage colleagues and students of color. This is something we need to keep in mind in academia.

Logan: When considering monuments, statues and other historical landmarks, the context should determine whether the white racist icon should be removed. Many Americans still doubt the existence and significance of institutional racism – past and present – and such markers stand as irrefutable evidence of it. When K-12 schools, colleges and universities require all students to learn about historical and ongoing systems of oppression and inequity, one can feel more comfortable with removing all traces of it from the public eye.

What should college presidents keep in mind?

Flowers: The calls for structural reform being leveled through the ongoing protests should be understood as including higher education, particularly as higher education has the capacity and the responsibility to provide students with the tools to make sense of this changing social and cultural environment. Calls for structural reform will not be satisfied by statements reaffirming a commitment to “diversity and inclusion.” Nor will these calls be satisfied through the formation of additional committees to “explore” how universities might respond to demands while they maintain the status quo.

Abrams: Students are overwhelmingly centrist, open, tolerant of a wide diversity of views and are not interested in the protests constantly flaring up on Twitter and social media. Our students are open to the marketplace of ideas, and large majorities of students are open to viewpoint diversity. This suggests that despite the polarization of the political system and so much about educational life on campus today, our nation’s students are not nearly as extreme as widely believed. They want to be challenged, and they want to hear all legitimate sides of an argument.

Logan: Students, faculty and staff all want the same thing: the best working and learning environment possible for everyone. If your students and faculty are talking about power and racism and using their knowledge and skills to make the institution better, that is active citizenship and should be celebrated and honored. Conflict is not always easy to navigate, but it is normal, and much good can come from conflict.

[Deep knowledge, daily. Sign up for The Conversation’s newsletter.]

This article is republished from The Conversation, a nonprofit news site dedicated to sharing ideas from academic experts.

The authors do not work for, consult, own shares in or receive funding from any company or organization that would benefit from this article, and have disclosed no relevant affiliations beyond their academic appointment.

Inside the life of Natalie Mariduena, YouTube star David Dobrik's assistant and childhood best friend who has helped grow his business 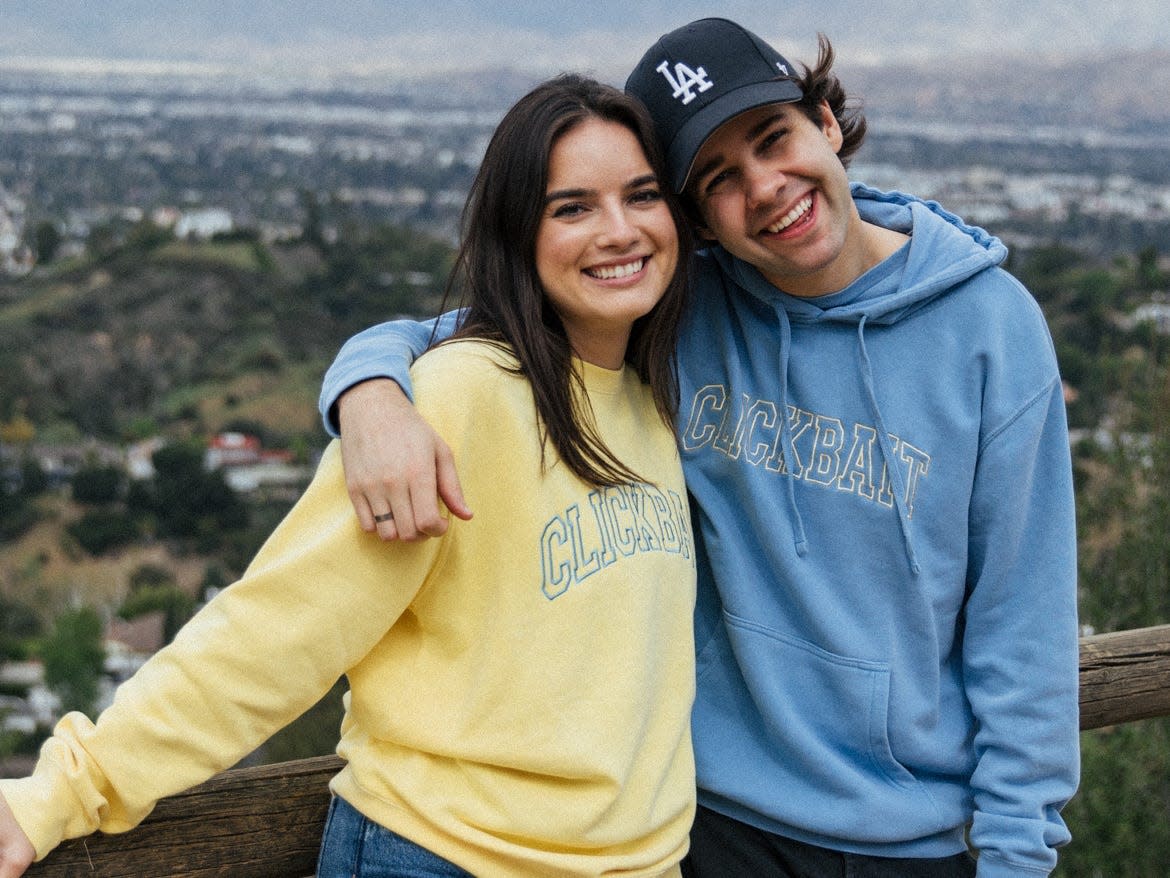