The Joint Biosecurity Committee has recommended that the Covid-19 alert level be moved back up to Level Four, the second-highest option and the first time it has changed since June 19. This means the transmission of the virus is “high or rising exponentially” and social distancing must be in place – but what does this mean for your holiday?

Boris Johnson is expected to announce new national restrictions in a televised address tonight at 8pm, including a 10pm curfew for hospitality venues including restaurants and bars and a return to working from home where possible.

For now, he will stop short of the two-week “circuit break” and it seems the “rule of six” will remain in place, meaning you can still go on holiday with another household as long as your group size is no larger than six in England. In Wales, children under the age of 11 are not included in this number, and in Scotland, it does not apply to children under the age of 12.

There has been no information released that would suggest that hotels, self-catering accommodation or attractions in the UK would be forced to shut, or that borders would need to be closed to international travel again.

That said, if we look back to what Level Four meant back in June, the situation was radically different to what it is now. Restaurants and bars were not allowed to reopen throughout this stage, nor were overnight stays permitted; in fact it was not until July 4, nearly two weeks after England had moved back to Level Three on June 19, that hospitality could open their doors for the first time in months and people could have a holiday.

‘New lockdowns in northern England are nonsensical and deeply unfair’

Us northerners are made of tough stuff but it’s hard to not take the new restrictions as a dig at the age-old North-South divide. In London’s boroughs, such as Redbridge, Southwark and Lambeth, cases are only marginally behind those in South Ribble, but no such restrictions have been brought in there. Can my Lancastrian friends and I not be trusted? What immunity do the residents of the capital have over us? I lived in London for over two years and never witnessed any immune-system superiority among my southern colleagues. A cough is a cough, whether it calls dinner, tea or lunch, dinner.

At the height of the pandemic fear mongering ruled the waves. Now it’s bewilderment, which unfortunately is only leading to dwindling trust in the rules. This will inevitably be followed by flouting, whether intentional or not, and then nobody is a winner.

Holiday quarantine: the situation in Italy

Caution is required, but as it stands British holidaymakers should not immediately be concerned about Italy being removed from the UK’s quarantine-free list.

Until recently, the Government used a threshold of 20 new cases per 100,000 people over a one-week period when considering which countries to ditch. Now the UK rate is on the rise, however, it appears to be exercising a little more leniency.

Find the latest advice on travel to Italy here.

Total lockdown or night-time curfew? How different countries have reacted to ‘second waves’

With new restrictions likely to be announced for Britain on Tuesday, a look at other national responses offers a few clues as to what they might be. For reference, the UK seven-day case rate is currently 37.9 per 100,000.

Despite 10,000 new cases a day, the French are embracing life – not imposing new rules. That’s the verdict of Anthony Peregrine, our expat expert.

Some local measures have been imposed, of course. Café and bar hours are widely restricted – to half-past midnight in the Pas-de-Calais, for example, 1am in Rennes and midnight across Corsica – while the southern city of Nice banned public gatherings of more than 10 people. However, a nationwide lockdown is not on the cards despite France’s case rate being double the UK’s.

The seven-day case rate in Spain (157.8 per 100,000) is more than three times that of the UK, and in certain parts of the country strict restrictions have been imposed. In Madrid, for example, local authorities have ordered a partial lockdown of some poorer areas, prompting protests over the weekend. Access to parks and public spaces, from today, is restricted, gatherings are limited to six people and commercial establishments have to close by 10pm.

One measure the Spanish government is particularly keen on is masks: they are mandatory whenever you leave your house, regardless of your ability to adhere to social distancing guidelines.

Find out what the rules are in Belgium, Israel and more here.

The only 12 countries you can visit without any restrictions

1. Denmark Entry to Denmark depends on whether you are arriving from an ‘open’ country or a ‘banned’ country. The UK is currently an ‘open’ country, but there have been suggestions that this could change if UK cases continue to rise.

3. Gibraltar Travellers must report to the authorities if they have been in a “relevant area” in the 14 days before their arrival in Gibraltar. Failure to do so constitutes an offence punishable with a fine of up to £1,000. A relevant area means a country, area or territory outside the European Union but does not include the United Kingdom, Jersey, Guernsey or the Isle of Man.

4. Greece (Partially open) Travellers returning to Scotland from the whole of Greece must self-isolate. For England and Northern Ireland, those returning from Lesvos, Tinos, Serifos, Mykonos, Crete, Santorini and Zakynthos must quarantine; for Wales, the exclusions are Mykonos, Zakynthos (Zante), Lesvos, Paros and Antiparos, Crete, Santorini, Serifos and Tinos. You must complete an online Passenger Locator Form (PLF) at least 24 hours before your arrival in Greece. Failure to do so in advance may result in your carrier not allowing you to travel, a fine on arrival, or the Greek authorities not allowing you to enter the country.

5. Greenland All passengers are required to follow provisions related to testing and quarantine and to fill out a “Sumut” form. The latest guidance on entry requirements for travel to Greenland can be found here.

6. Italy (including Vatican City) You should download and complete a self-declaration from the Interior Ministry before you travel.

7. Liechtenstein While Liechtenstein is on travel corridors list, it has no airport and its only land borders are with Austria and Switzerland – both of which are not. To reach it without needing to self-isolate on your return to Britain you will need to fly to a travel corridor country (such as Germany) and drive to Liechtenstein without leaving your vehicle to mix with anyone in a “red list” country.

9. San Marino You must travel through Italy to reach San Marino. See “Italy”, above.

12. Turkey All arrivals into Turkey will be subject to a medical evaluation for symptoms of coronavirus, including temperature checks. Any passengers showing symptoms will be required to undergo a PCR test.

Find out more about the countries you can (feasibly) visit here.

We fully support the Daily Telegraph’s Test4Travel campaign and believe the development of the Covid-19 ‘double testing’ method that has been piloted at airports in the UK and Europe could be the life-line the travel industry needs to salvage what has been a seriously challenging year. The two-part test will be a vital step to revive transatlantic business travel which has been devastated over the past six months and could be the development required to establish the all-important city air corridor between New York and London.

It is critical that the UK and US governments adopt a coordinated approach in responding to COVID-19 and the evolving situation, however it has been clear there is a lack of understanding on how the travel industry works, particularly the business travel sector and its value in contributing to UK jobs and the economy. Double testing combined with a NYC/London air corridor could pave the way globally for a new way of living, working, travelling and trading the world over as we learn to adapt to a way of life with COVID-19.

The impact for business and leisure travel will be catastrophic if urgent action is not sanctioned. The UK has the opportunity to  lead and we urge the Government to take up poll-position and begin the process towards positive recovery.

Holiday quarantine: the situation in Greece

Greece recorded 453 new cases on September 21, its highest daily figure since May, and was removed from Scotland’s travel “green list” recently. Furthermore, several islands, including Crete and Mykonos, have been removed from the quarantine-free lists of England and Wales. However, deaths remain low and the mainland is unlikely to be removed from the UK-wide list any time soon.

The FCDO website states: “You must complete an online Passenger Locator Form (PLF) at least 24 hours before your arrival in Greece. Failure to do so in advance may result in your carrier not allowing you to travel, a 500 Euro fine on arrival or the Greek authorities not allowing you to enter the country.

“Once you have completed the form, you will receive an email acknowledgement. In a separate email, you will also receive a QR code. This code is likely to be sent up to 24 hours before you travel, regardless of how early you fill in your form. When you receive your code, make sure you either print it, or can show it on your mobile phone.”

The safest options for a last-minute break

The following countries have a case rate below 15, are not on the quarantine list, and are feasible holiday options for UK travellers:

Which country will be added to the quarantine list this week?

As a rule of thumb, the Government starts getting twitchy when a country’s seven-day case rate exceeds 20 per 100,000. However, the UK’s own case rate has now passed that threshold (as of September 22, it stands at 38.7), so it seems to be exercising a little more leniency.

Denmark, Iceland and Ireland are the countries on the green list with the highest case rates (52.2, 40.2 and 40.1, respectively), so appear the most likely to face the chop. However, other factors come into play such as a country’s population size, the number of Britons who visit, and other measures introduced to stop the spread of the virus. Iceland, for example, tests all overseas arrivals twice, with a five-day quarantine period in between. It is also a small country visited by relatively few Britons. These factors could keep it on the list of travel corridors.

Given the complications posed by the Common Travel Area, Ireland may also be spared.

The UK Government reviews its policy every Thursday, announcing changes on Twitter at 5pm, with destinations usually removed from 4am on a Saturday morning.

How do you teach performing arts when there are no performances? This school is learning

Tue Sep 22 , 2020
PHOENIX — For Monica Sauer Anthony, adapting to the challenge of a virtual classroom started with a reenvisioning of what it even means to teach at a performing arts school. A choir can’t really rehearse in a virtual classroom much less give a live performance. Neither can an orchestra. There’s too […] 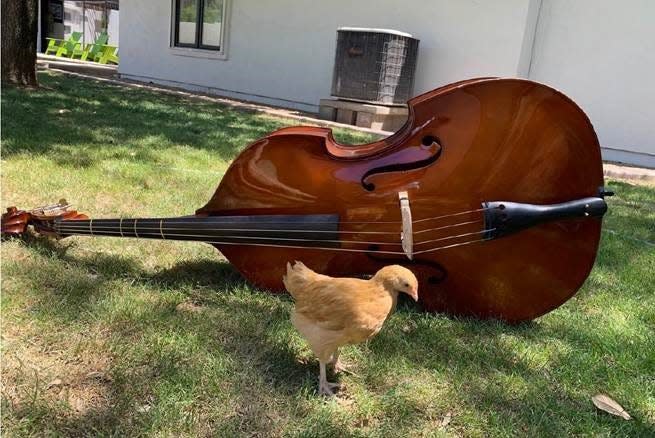