Actor and comedian Eddie Izzard has set himself an extraordinary New Year’s resolution, to stage ‘A Run for Hope’ that will usher in a new year and a new future, encouraging people all over Europe and around the world to unite together to ‘Make Humanity Great Again.’

In February 2020 Eddie ran 28 marathons in 28 days, travelling all over Europe to run each marathon in a different European capital city. His incredible challenge raised over £140,000 ($184,000) for charity and highlighted Eddie’s campaign to unite people, countries and communities. The next day, on his day off, he ran an extra marathon to make it 29. Now Eddie is pushing himself even further and even harder

As well as running a full marathon every day across the month of January 2021, he will also perform a stand-up comedy gig every evening as well – Eddie Izzard: Still Standing. And the whole ‘Run For Hope’ challenge and stand-up will be streamed live online to a global audience around the world.

Every day he will travel the world without ever leaving his hometown, London.

Eddie will run his 31 marathons on a treadmill at Riverside Studios, London. Once he completes each gruelling 42.2 km (26.2 mile) feat of endurance he will jump straight off the treadmill and run on stage to perform a nightly ‘Best-of’ series of stand-up comedy gigs

Each marathon will be themed around a different European or world city. He will be asking supporters and fans to join him on his challenge by watching the event online, running with him live (and ‘virtually’) in cities across the continent, joining the audience for his daily comedy shows, and donating to raise funds for a range of incredible charities that are helping to ‘Make Humanity Great Again’. He will also be joined on his challenge by lots of surprise guests.

Eddie says, “There is too much talk of division in the world. Too much talk designed to pull us apart. In my life I try to look for the opposite – to look for what brings us together, which helps make us all stronger. Working together feeds the spirit that can restore the greatness to humanity. ‘Make Humanity Great Again’ stands for unity, the sharing of beliefs and the power of human beings uniting across the continents and around the world. As a campaign it seeks to promote a fair chance in life for all, particularly those who experience disadvantage and discrimination. It speaks to people who believe there is more goodwill than ill-will in the world, who believe in the positive qualities of humanity and in the Golden Rule – to treat other people the way you would like to be treated yourself.”

Eddie is no stranger to epic fundraising challenges. But this will be his biggest and most incredible yet

• In 2009, Izzard ran 43 marathons in 51 days through England, Wales, Northern Ireland and Scotland for charity and helped raise £1.8 million ($2.7 million) for Sport Relief, a charity that helps improve the lives of people in impoverished countries

What is ‘Make Humanity Great Again”?

‘Make Humanity Great Again’ is a rallying cry for a campaign to create a better, fairer and kinder world for everyone. It’s not just a slogan on a hat, it’s a plea for greater tolerance, it’s a reaction against a certain kind of politics, it’s a clarion call for people everywhere to join together and fix things. Whether that’s through the actions of individuals, communities, corporations, countries or continents.

How can people get involved? What they do to help?

Everyone can help ‘Make Humanity Great Again’, whether it’s by running along on a treadmill and joining Eddie’s challenge online; by performing small individual acts of kindness; by joining together with neighbours to create stronger local communities, through engaging in politics and activism, or by donating money via Crowdfunder. Money raised will be allocated to charities making a real difference to disadvantaged and vulnerable people at this difficult time, including some of those who benefitted form the marathons in February.

Turn your living room into the North Pole by booking a virtual visit with Santa and Mrs. Claus

Fri Dec 11 , 2020
ORLANDO, Fla. – Christmas isn’t canceled but, like most things this year, it does look very different than what so many of us are used to due to the coronavirus pandemic. CDC guidelines have made spending time with Santa slightly more challenging, especially those in-person visits the kids look forward […] 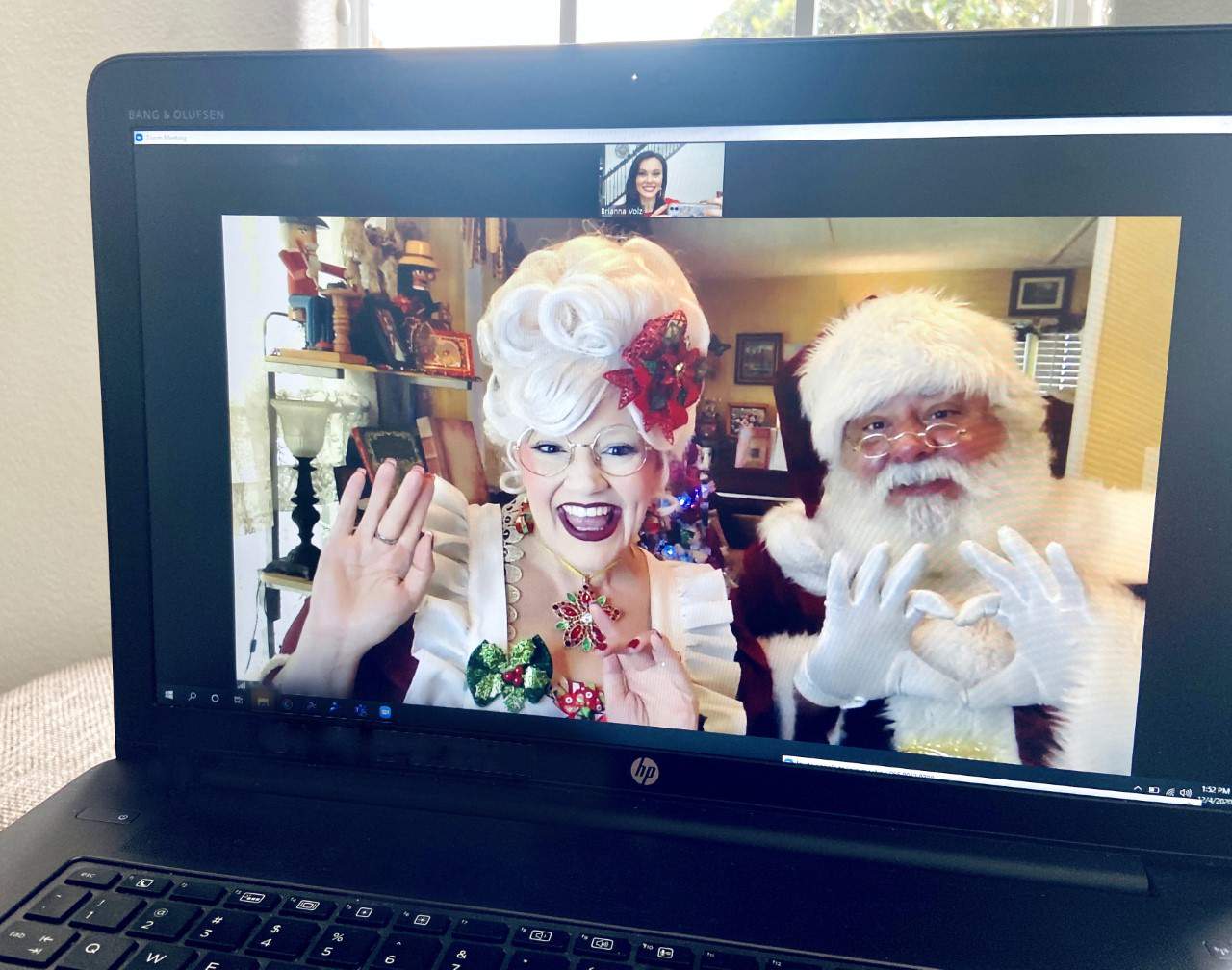