If there’s one thing better than spending a Friday night marathon-watching the brand new season of Selling Sunset, it’s seeing how the cast of the Netflix reality series react as they watch back the most dramatic scenes from across the entire season. In an exclusive video series with Cosmopolitan UK, Christine Quinn, Amanza Smith, Mary Fitzgerald, Maya Vander, Chrishell Stause, Romain Bonnet, Davina Potratz and Heather Rae Young react to the biggest moments from the latest series, and there are a lot of them. From the Chrishell divorce bombshell to Christine’s show-stopping wedding entrance, go behind the scenes with the cast of Selling Sunset…

Christine receives an alert about Justin Hartley filing for divorce

In episode six, the office is left in total shock when Christine receives a TMZ alert on her phone about the This Is Us actor suddenly filing for divorce after two years of marriage. “Of course Christine is the one to tell us about it, I swear she just surfs the web and looks for information on herself,” Amanza jokes. While Mary says, “I don’t know if you could have a worse situation. I mean, getting divorced is hard enough, have someone leave you is hard enough. But finding out in both of those ways? Justin should have done better.”

“I’ve cried multiple times for her, she is such a sweet girl and has such a big heart. She doesn’t deserve to be going through any of this,” says Heather.

Mary and Romain discuss what happened in Las Vegas

Before tying the knot in their intimate wedding in Los Angeles last year, Romain enjoyed a bachelor party in Las Vegas with The Oppenheim Group bosses Jason and Brett. It later emerges girls were brought back to their Vegas suite – something Mary apparently asked Romain not to do.

Admitting he should have told Mary girls came back to the suite, Romain explains, “The thing was, they got a suite for my bachelor party. It was the master suite so we were always all in this room. And everyone has their own room but that was my room and so they [Brett and Jason] decided to bring girls back to the room. They obviously wanted to have a drink so they came back into my room to get a drink and then they left. All of them. I didn’t bring anyone to the room or anything like that. Now, my mistake was to not tell her. That’s true, I agree. I should have.”

As for Christine’s reaction? “Yikes for Romain. Yikes, yikes, yikes. That’s the first time I’ve seen that. It’s hard to watch. Yikes is all I can say.”

It’s absolutely no secret Christine and Amanza aren’t BFFs, and the pair end up clashing again in this season on Christine’s birthday. “Yeah that was interesting, Amanza was on one,” Mary says watching back the scenes. “She just had so much to say and she didn’t care if it was Christine’s birthday. She was just pissed at her.”

Agreeing, Amanza admits, “I may have started to have a few drinks before the birthday party and I was very vocal because of that and I didn’t hold back…”

After getting glimpses of Christine and Christian Richard’s outrageously extravagant wedding, fans will get a full look at the lavish ceremony in the final episode of the series.

“All that snow was coming down and I don’t know if it wasn’t regulated, so all of a sudden you’re ducking, trying to cover,” Mary laughs watching back the fake snow falling onto the guests. “I didn’t even see her walk down the aisle because we were so overwhelmed by the snow, so I’m glad we can watch it back now because she does look beautiful.”

“We were all choking there, but it was worth it,” adds Maya.

But Christine isn’t fazed by the snow critics: “My wedding was fabulous and I love this and you bitches wish you could make it snow, you can’t even make it rain.”

Mary goes to visit Chrishell at her hotel after the divorce news breaks and the pair discuss what happened. “It was the biggest shock. Literally the night before she was gushing about him,” Mary recalls. “I just can’t imagine having the world find out the same time as you.”

“This whole thing was sad,” says Amanza. “It still is sad. I couldn’t stop crying when I saw it for the first time… But how does Chrishell still look so pretty when she’s crying like that? It doesn’t make any sense, she’s so gorgeous.”

Chrishell gets support from the rest of the cast

In episode six, Chrishell briefly makes a return to the office to tell Jason she’s going to take some time off to visit her family. “This scene I remember,” says Mary. “I could not stop crying when she left because you could feel the hurt and you could see her shrinking down from the stress… it was just heartbreaking. I just started bawling when she left.”

Giving Jason a shout out for always being there to support them, Amanza shares, “You know we give Jason such a hard time about being a stickler and a hard ass but you can tell in this scene, like, he really does care about us, and even he was tearing up. It was emotional, this was hard for everybody. We’re all so close and we love Chrishell so much. It was hard to watch.”

Heather talks about getting engaged

While watching Christine try on wedding dresses, Heather admits she wants to get engaged to Tarek El Moussa. “This is where I went wedding dress shopping with Christine and I think we talk a little bit about when Tarek is going to propose and what dress I want to wear, which is funny because he proposed last weekend,” says Heather, who’s now engaged to be married to the fellow celebrity real estate star.

“Thank goodness he did because I would have been a little embarrassed at this point. But I’m in love with him and I’ve been in love with him from day one, so of course I want to marry him and spend the rest of my life with him.”

To see the full cast reactions, check out our exclusive video above!

Cosmopolitan UK’s September issue is out now and available for purchase online and via Readly. You can also SUBSCRIBE HERE or read on Apple News+. Find our podcast ‘All The Way With…’ on Spotify, Apple Podcasts and the Acast app.

Fri Aug 7 , 2020
In June 1970, Elvis Presley made the trip east from his Graceland home in Memphis to Nashville, where he holed up in RCA Studio B on Music Row for five days of recording. Presley, who was in the midst of his Las Vegas comeback at the International Hotel, was joined […] 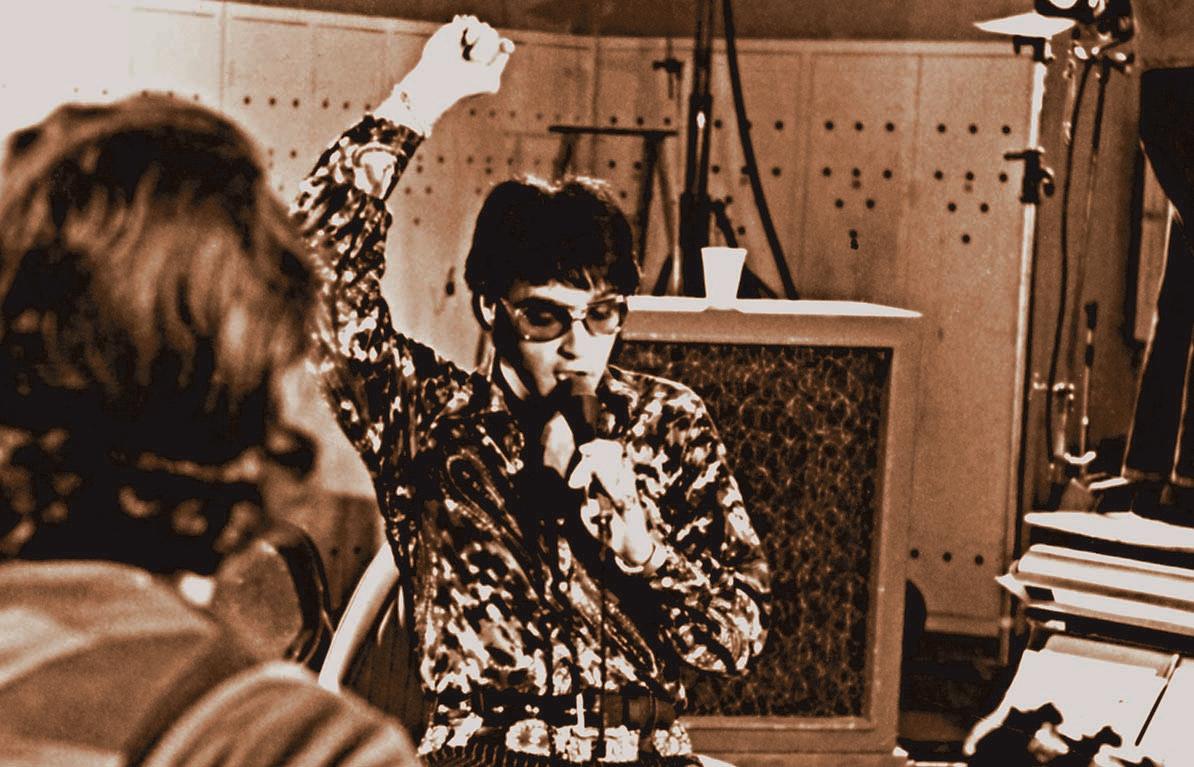