The days of flirting across a bar with a wink and a smile are long gone. Due to the rise of online dating—and now, the effects of the COVID pandemic—flirting has gone almost entirely virtual. And as a result, people have begun to get more comfortable communicating their feelings via typed out messages, or, as many prefer, emojis. Using emojis in place of words when flirting or to enhance your message is a great way to get your point across in a fun and playful way. However, according to a Plenty of Fish survey, there is one emoji that will likely not land you that date with your online crush—the eggplant emoji.

Some of you may be wondering why an innocent garden vegetable is topping the list of the biggest emoji turn-offs. The eggplant emoji is a notorious sexual innuendo and could send any online dater on the receiving end running for the hills. According to Plenty of Fish’s findings in a 2018 survey, 75 percent of respondents said they would not reply to a message that featured an eggplant emoji, which has become synonymous with a certain male appendage.

The survey results suggest that any emoji that has a sexual connotation should be skipped when you’re just getting to know someone online; they indicate that your mind is in the gutter, according to relationship and couples coach Channa Bromley. “The eggplant emoji represents male anatomy, and sending one in a message before meeting up is presumptuous and indicates you are thinking about sex. It is seen as crude and disrespectful by many,” says Bromley. Of course, that’s not the first impression you want to give a potential date. “People want to feel special, they want to feel as though they are seen, heard, and liked for who they are as an individual—not for their body parts,” says Bromley.

Online dating expert Sarah-Rose Marcus, PhD, adds that “emojis that have sexual connotations can send the wrong message because users have not met in person yet and cannot even assess their sexual attraction to the other person.” Marcus notes some users may even feel unsafe and cancel a date altogether as a result of an inappropriate emoji. “It is best to play it safe emoji wise until you get to know the other person after an extended period of time,” says Marcus. When texting with a potential date, keep the emojis flirty, but not too raunchy lest you drive away a perfect match.

To help make sure you’re using emojis responsibly, here are some others you’ll want to avoid when flirting with potential dates. And for more tips about online dating, check out The One Word You Should Never Include in Your Online Dating Profile.

According to the Plenty of Fish survey, 49 percent of respondents had a problem with the peach emoji. The peach emoji is also a nod towards anatomy—your derrière—so unless it’s 100 percent clear you’re referring to the produce you’re picking up from the store, avoid sending this stone fruit when flirting. And for more advice on getting a date, check out The Best Move to Make When Flirting, Study Says.

Sure, most people don’t mind being called “hot,” but when a virtual stranger sends a fire emoji your way, it could come off a bit creepy. In fact, 32 percent of respondents from Plenty of Fish don’t take kindly to receiving a fire emoji when online dating. “The fire emoji is again displaced attention,” says Bromley. “People want to be seen as more than ‘hot.’ They want to feel that emotional value is being built up prior to the meeting.” To see the one thing you should include in your online dating profile, check out This Feature in Your Profile Picture Will Get You More Dating Matches.

This emoji is acceptable when being used to express love for a book, a travel destination, a certain food, etc. However, sending a heart to your potential date before you’ve met could send some strange signals. Bromley says using a heart or heart eyes emoji is akin to using pet names prematurely. “It comes across again as presumptuous and is unattractive and insincere,” she notes. And to see if you need to adjust your profile photo, check out The No. 1 Reason Why You Need to Change Your Dating Profile Picture.

While your friends may find it funny, your prospective date may not feel the same way about that poop emoji. “I’d avoid any bathroom-related emojis because each person has a different sense of humor, which is difficult to assess before meeting,” says Marcus. Best to err on the side of caution and skip the toilet talk. And for more useful content delivered straight to your inbox, sign up for our daily newsletter.

The best Nintendo Switch games for 2020

Wed Sep 30 , 2020
This article was last updated by Digital Trends’ contributor Don Reisinger on 8/24/2020. The Nintendo Switch is having a good year. The console-handheld hybrid has been on the market for over three years now, but a slew of promising ports in the first few months of the year gave Christmas […] 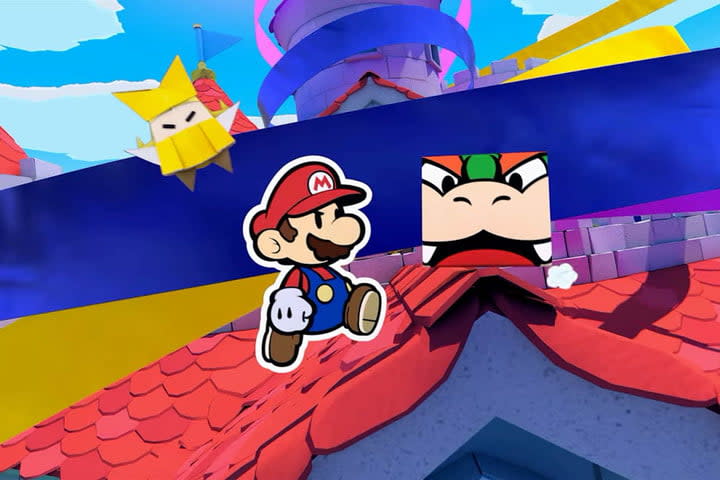