COVID-19 has squashed most holiday and vacation plans this year amid travel restrictions and quarantine recommendations to slow the spread of the virus.

Yet some California lawmakers have traveled to Maui this week for the California Independent Voter Project’s annual policy conference.

A San Diego-based group that works to empower “nonpartisan voters and promote nonpartisan election reform through initiatives,” the project’s summit has historically offered a chance for lawmakers, lobbyists and industry representatives to rub elbows over cocktails while discussing policy under the Hawaiian sun.

Amid a surge in new coronavirus cases that’s skyrocketed California’s positivity rate to 5% over seven days, the state on Monday issued another firm warning against non-essential and out-of-state traveling.

The Department of Public Health has also recommended anyone traveling into California from another part of the country or internationally to quarantine for two weeks. Hawaii requires travelers to either isolate for 14 days upon As President Donald Trump’s attorney Rudy Giuliani took to the podium for a campaign press conference on Nov. 7, while Philadelphia counted remaining presidential ballots, viewers noticed something off about the backdrop. Mainly, that he was standing in front of a garage in a vast parking lot.

Some fast googling led many to speculate that the legal team, looking to book the Four Seasons Hotel Philadelphia, mistakenly made arrangements at the wrong space nearby: the Four Seasons Total Landscaping parking lot.

The landscaper quickly became the subject of memes and social media chatter across every platform. Users joked about having a presidential press conference between an adult bookstore and a crematorium and envisioned the phone conversation between Trump’s legal team and the company.

And rather than shy away from the attention, the landscaping brand embraced it.

On Monday, the company released shirts, stickers and masks featuring slogans such as “Lawn 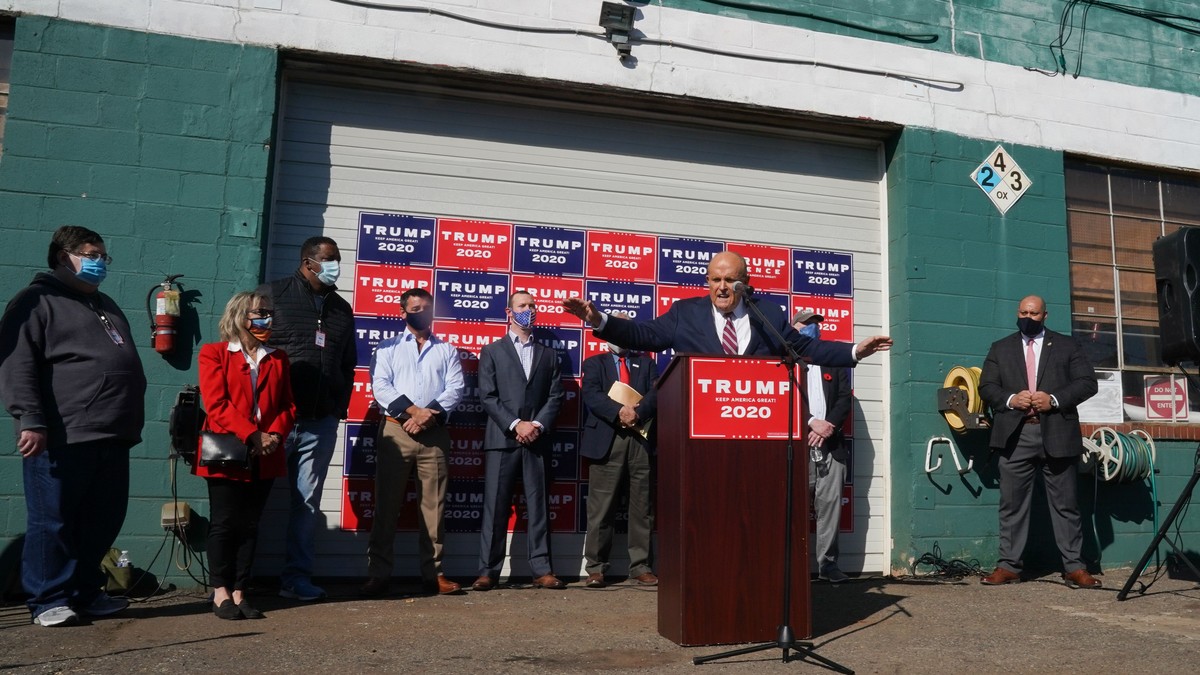 At roughly 11:30 a.m. Eastern time on Saturday morning, a weary Wolf Blitzer stared directly into a camera at CNN’s Washington, D.C., studio and announced that the network was finally ready to call the 2020 Presidential race. “After four long, tense days, we’ve reached a historic moment in this election,” he said. “CNN projects that Joseph R. Biden, Jr. is elected the 46th President of the United States, winning the White House and denying President Trump a second term.”

At about the same time, Rudy Giuliani was 150 miles away, standing behind a hastily assembled podium in the back parking lot of a now-infamous north Philadelphia landscaping company known as Four Seasons Total Landscaping. “They don’t decide the election,” he said, after hearing that the race was over. “The call for Joe Biden isn’t…isn’t—who was it called by? All of them?”

Although Trump has yet to concede—or even to acknowledge

Four Seasons Total Landscaping, the Philadelphia business that gained fame after serving as the backdrop of a Trump campaign press conference Saturday, has launched a line of T-shirts and other products with puns based on phrases used by the president.

On Sunday, the company released a series of T-shirts, hoodies and stickers with the business’s logo, along with “Lawn and Order” and “Make America Rake Again.”

According to NPR, the company added face masks to its collection of merchandise on Monday, and by Tuesday, all the items had sold out.

The landscaping company announced on its Facebook page Tuesday that it would be temporarily halting sales on most items due to an inability to keep up with the demand for the products.

“We are overwhelmed by the outpouring of support we’ve received! You all are amazing!” the post said. “We will begin shipping out orders on Saturday! We Outdoor economy conference focuses on widening the base

Due to the pandemic, this year’s conference was held virtually, with four-hour sessions offered each Thursday during the month of October. Each of the five sessions had a different theme, but through all the speakers and panels presented over the course of the month, two overarching ideas emerged: encouraging diversity and new users in the outdoors will be key to growing the industry, and partnerships are vital to success within communities.

“Diversity is a growth driver for the industry if we do it right,” said Wilson, “and you need to weave it into everything you do.”

Reaching the other half

During the Oct. 22 session, Outdoor Foundation Executive Director Lise Aageenbrug gave a talk titled “The Other 50 percent: Why Half of America Isn’t Going Outside, and the Business Case for Reversing that Trend.”

Every year, the Outdoor Foundation releases a report examining trends in outdoor recreation participation, examining everything

According to the Inquirer, the neighborhood has become a tourist attraction, with people stopping by to take photo-ops outside the buildings and phone lines ringing off the hook. As of yet, the newspaper reported, there’s been little actual new business.

A 78-year-old employee of the sex shop told one reporter he didn’t know why the Trump campaign chose their corner of town for the event, and told the Inquirer the store has been swamped by a flood of phone calls since Saturday with callers asking for Rudy Giuliani.

The shop seems to be taking the attention in stride though, posting on Facebook “knock who’s there?…Rudy Giuliani I’m lost at Fantasy Island ADULT bookstore” and following up with “You gotta show LOVE even when they don’t or you become one of them!” 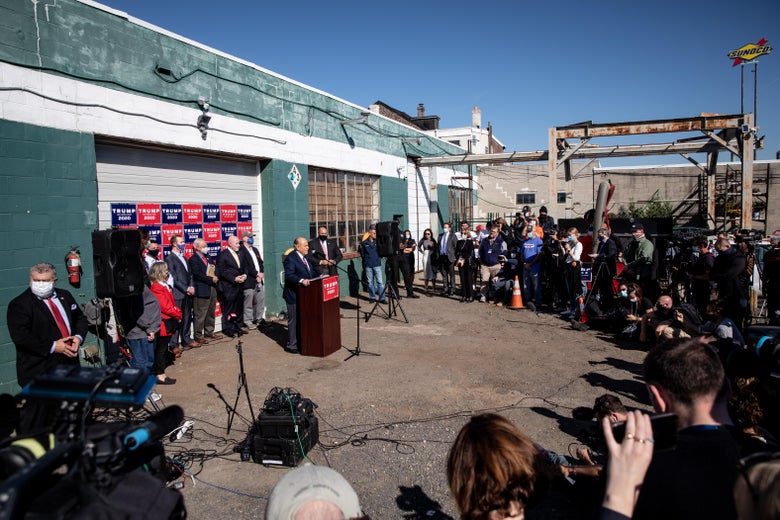 On Saturday morning, shortly before the AP and other news outlets called the election for Joe Biden, President Donald Trump took to Twitter to announce that his lawyers would be holding a “big press conference” in Philadelphia. But there seems to have been some major confusion about where it would be held. First Trump tweeted it would take place at the “Four Seasons, Philadelphia.” Trump later corrected himself and said that the news conference was going to be held at the Four Seasons Total Landscaping. And the Four Seasons Hotel sent out its own tweet, making sure everyone knew that the news conference would not be held there but rather at the landscaping business that has “no relation with the hotel.” 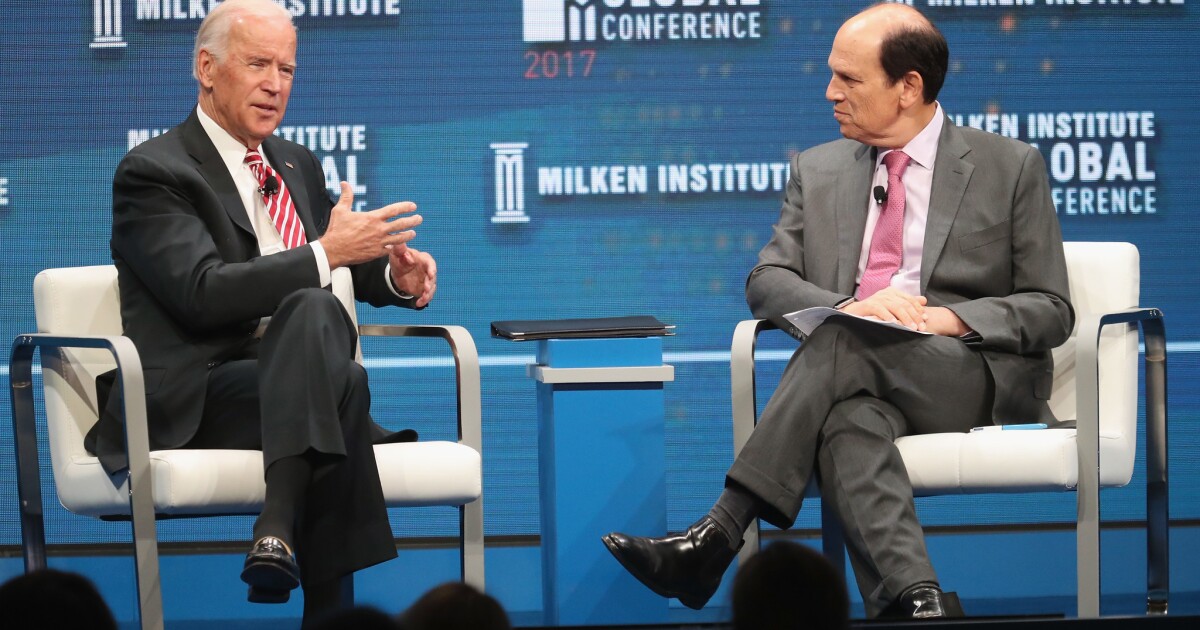 How will a virtual Milken conference work amid coronavirus?

Few places exude glamour quite like Beverly Hills, which is one reason the Milken Institute Global Conference has become one of the world’s leading business mixers.

The annual spring event draws thousands of chief executives, wealthy investors, fund managers and others to a jammed Beverly Hilton where attendees catch up with acquaintances, pass out business cards and trade investment tips — while enjoying all the sun, fine dining and luxury shopping the city has to offer.

After twice postponing the conference due to the coronavirus outbreak L.A. billionaire Michael Milken’s soiree is set to start Monday. But instead of getting comfortable in one of the hotel’s many ballrooms, attendees will be seated at their work desks, kitchen tables and home offices.

While many prominent conferences have simply written off the year and canceled their annual gatherings, including the massive E3 Electronic Entertainment Expo at the Los Angeles

COVID-19 was a focal point during Outdoor Economics conference

Road Apple Rally has been bringing mountain bicyclists to Farmington’s trail system since 1981.

AZTEC — Outdoor recreation is taking on a more important role in New Mexico as communities view it as a key to economic diversification amid the changing energy landscape, but the COVID-19 pandemic put some of those efforts on hold.

As he welcomed hundreds of attendees to the New Mexico Outdoor Economics Conference this week, Navajo Nation President Jonathan Nez said the virus has led the tribe to shut down tourism on its lands.

The pandemic’s impacts took a central focus in the conference discussions.

Originally set to occur in Farmington and showcase some of the unique outdoor recreation assets in the community, the

NETC Auditions will also offer reduced registration fees for 2021 and the opportunity for their performers to submit an audition application.

Due to long term planning requirements and continued concerns regarding COVID-19 StrawHat Auditions and New England Theatre Conference (NETC) are announcing that their 2021 auditions will be moving to a completely virtual format. The decision to cancel in-person auditions for 2021 was made to consider the safety of performers, casting directors, the staff of both organizations, and the community at large during these unsettling times.

The very nature of a combined audition event – large numbers of performers auditioning for multiple casting representatives – runs contrary to every health and safety recommendation available on containing the spread of the virus. Considering the large number of people who would typically participate in each event, it is impossible to maintain social distancing guidelines, particularly in waiting areas, hallways, and at a