At roughly 11:30 a.m. Eastern time on Saturday morning, a weary Wolf Blitzer stared directly into a camera at CNN’s Washington, D.C., studio and announced that the network was finally ready to call the 2020 Presidential race. “After four long, tense days, we’ve reached a historic moment in this election,” he said. “CNN projects that Joseph R. Biden, Jr. is elected the 46th President of the United States, winning the White House and denying President Trump a second term.”

At about the same time, Rudy Giuliani was 150 miles away, standing behind a hastily assembled podium in the back parking lot of a now-infamous north Philadelphia landscaping company known as Four Seasons Total Landscaping. “They don’t decide the election,” he said, after hearing that the race was over. “The call for Joe Biden isn’t…isn’t—who was it called by? All of them?”

Although Trump has yet to concede—or even to acknowledge that the race is over—it seems somehow appropriate that his reelection bid almost certainly ended about the time his attorney ceded his parking-lot microphone to a convicted sex offender.

The people who weren’t standing with Giuliani, on a strip of asphalt between the Fantasy Island adult bookstore and the Delaware Valley Cremation Center, immediately started dunking on the Trump campaign for potentially conflating Four Seasons Total Landscaping with the Four Seasons hotel (although Giuliani and Corey Lewandowski insist that they “always intended” to hold their news conference at the landscaping business.)

The ridiculousness hasn’t stopped yet: Four Seasons has started selling its own “Make America Rake Again” T-shirts, and a pair of Philly-based runners have launched their own 11-mile tribute to the dumbest thing that happened last weekend. Chip Chantry and Jeff Lyons, the hosts of the Junk Miles podcast, have mapped a running course that stretches from “the famous Four Seasons Total Landscaping and finishing up at the lesser-known Four Seasons Hotel,” and are encouraging anyone with the right kind of lung capacity to run this totally unofficial, 100-percent virtual race, too.

“I would love to take all the credit for it, but it was Jeff who jokingly came up with the idea,” Chantry told VICE. “He was running with our good friend Gerard Pescatore who’s a running coach in Philadelphia. He was like ‘It’d be funny if we just ran up to Four Seasons Landscaping.” It’s 11 miles outside of Center City, it’s quite a ways. And then as sort of a joke on Twitter he said ‘Let’s do the Fraud Street Run,’ because the 10-mile Broad Street Run is a big event in Philadelphia every year.”

After Lyons’ tweet generated a fair amount of online hype, they decided to, you know, run with the idea. “[The press conference] was just so ridiculous and slapped together by the campaign or whoever so we thought let’s do something just as ridiculous, just to show how silly it is,” Chantry said. “Honestly, we’ve probably put more time and effort into planning this fake race than the campaign did scheduling that conference—and trust me, we haven’t put a lot of work into it.”

At first, just Chantry, Lyons, and a few members of the Philly running community were going to run the course, but then a lot of other people reached out about participating. “We were like ‘Well, let’s try to do some good with it,’ so we decided to raise some money for Philabundance, which helps feed the hungry in Philadelphia,” he said. “We’ve been blown away by the response.”

Any would-be runners have been asked to donate at least $10 to Philabundance, and all of the proceeds from their Fraud Street Run T-shirts will be given to the organization as well. As of this writing, more than $13,000 has already been contributed.

Due to the amount of interest the run has generated,  it is now totally virtual so that no large groups are gathering outside of either Four Seasons. “This was always going to be an unsanctioned race, with no city permits, no winners or losers, but with everyone’s safety in mind and the COVID[-19] concerns, we’re not even organizing an official race,” Chantry said. “We’ve put the map out there and we’re encouraging people to run it whenever they’d like to over that weekend [of November 28], or even over the next few days. If you’re across the country, just run 11 miles and be a part of it.”

Regardless of whether we’re all still making Four Seasons memes in another two weeks, or we’ve moved on to whatever idiocy is still ahead of is, Chantry says that the run will go ahead, because it has to. “Trump badmouthed Philadelphia, saying ‘Bad things happen there,’ and if you badmouth Philly, expect some nonsense to happen,” he said. ‘We wanted to do something positive, and wanted to have fun, but we really don’t take that lightly.”

Sat Nov 14 , 2020
ANAHEIM, CA — With coronavirus on the rise across the southland, large scale theme parks continue to scale back hopes of reopening any time soon. A recent report from Disneyland Chief Financial Officer Christine McCarthy disclosed Disneyland Resort and Disney California Adventure will remain closed until the end of this […] 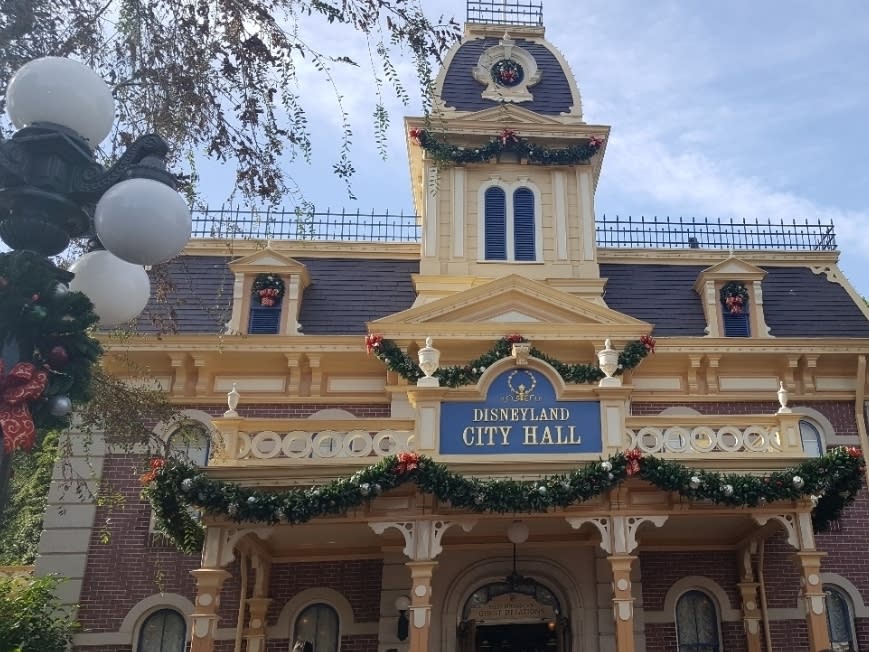