Four Seasons Total Landscaping, the Philadelphia business that gained fame after serving as the backdrop of a Trump campaign press conference Saturday, has launched a line of T-shirts and other products with puns based on phrases used by the president.

On Sunday, the company released a series of T-shirts, hoodies and stickers with the business’s logo, along with “Lawn and Order” and “Make America Rake Again.”

According to NPR, the company added face masks to its collection of merchandise on Monday, and by Tuesday, all the items had sold out.

The landscaping company announced on its Facebook page Tuesday that it would be temporarily halting sales on most items due to an inability to keep up with the demand for the products.

“We are overwhelmed by the outpouring of support we’ve received! You all are amazing!” the post said. “We will begin shipping out orders on Saturday! We will update you when new quantities (and new items) become available.”

Rudy GiulianiRealClearPolitics editor corrects Giuliani on Pennsylvania claim: ‘This is false’ The Hill’s 12:30 Report: World reacts to Biden’s election win Sacha Baron Cohen celebrates Trump loss, calls for Zuckerberg to go next: ‘One down, one to go’ MORE, drew attention on social media after the president first tweeted about the event in the morning, writing that it would be held at the Philadelphia Four Seasons hotel.

The tweet was quickly deleted, and Trump sent a new tweet clarifying that it would instead be held at the landscaping company, which is located near a sex shop, a crematorium and a jail.

It is still unclear why Trump’s team chose Four Seasons Total Landscaping as the location for the event, where Giuliani repeated Trump’s claim that President-elect Joe Biden

Joe BidenFeds charge Staten Island man over threat to Schumer, FBI Pence cancels vacation in Florida: report Romney shoots down serving in Biden Cabinet MORE won solely because of widespread cases of voter fraud. This has since been disputed by experts, election officials and local courts.

Four Seasons Landscaping’s newfound fame has also led to the creation of the Fraud Street Run, an 11-mile event starting at the local business and ending at the Four Seasons hotel. The run is meant to benefit hunger nonprofit Philabundance and, as of Wednesday afternoon, the event had raised nearly $11,400.

The race founder, Jeff Lyons, told Billy Penn that the event is scheduled for Nov. 29, and the only rules for participation are that everyone must wear a mask and social distance along the route. Participants are also encouraged to donate $10 to the nonprofit.

The Associated Press and other major news outlets reported that Biden was the projected election winner Saturday, although Trump has since refused to concede based on his claims without evidence that there have been multiple cases of voter fraud in an attempt by Democrats to steal the election from him.

The projections came seconds after Biden’s lead in Pennsylvania grew to more than 30,000 votes after Philadelphia reported about 3,000 ballots.

Thu Nov 12 , 2020
Monday’s positive news of the success of the Pfizer/BioNTech vaccine trial has given a boost to the struggling travel industry, with tour companies and online travel agents reporting an immediate surge in enquiries and bookings for next year. Flight and accommodation website Skyscanner reported an “immediate spike” in online traffic, […] 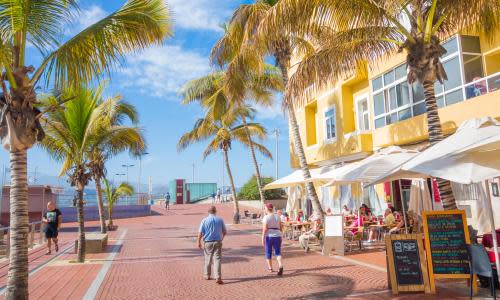