According to Jasmine Norton, owner of The Urban Oyster, the COVID-19 pandemic played a large part in the restaurant moving from its former location over the summer. However, patrons will still have an opportunity to enjoy the restaurant’s signature charbroiled oysters and other seafood delicacies. 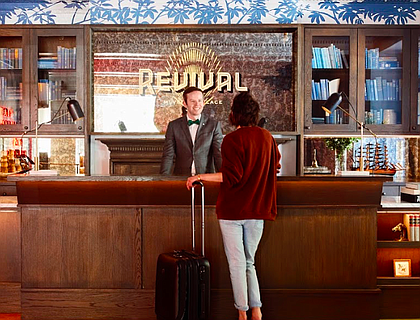 “I never imagined having an opportunity to work out of a major brand hotel,” said Norton. “Hotel Revival is extremely supportive and have gone above and beyond to help make sure we remain on Baltimore’s food scene. We are happy to keep our business afloat during this time of uncertainty.

“It’s our goal to emerge with strength on the other side of this crisis and to support our community along the way,” said Bass. “One way we can do this is by offering resources including physical space and marketing support to The Urban Oyster and other establishments.” 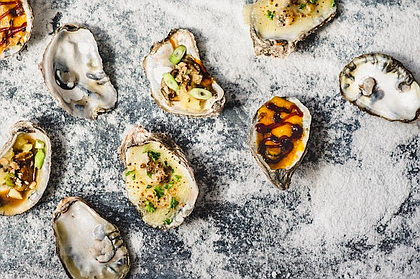 According to Norton, The Urban Oyster will offer pick-up. The restaurant will be in residence at Hotel Revival on Thursdays and Fridays from 3-8 p.m.; Saturdays from 12-8 p.m.; and Sundays from 1-6 p.m.

“Being in Mt. Vernon makes us more accessible,” said Norton. “It also puts us in an area where we can reach more people through delivery services such as Toasttab, Xk Courier, Grubhub, Doordash, and Uber Eats.”

The Urban Oyster is the first female and Black-owned oyster bar in Maryland. A native of Baltimore, Norton said she grew up in both East Baltimore and Baltimore County. The 33-year-old is a 2005 graduate of Milford Mill Academy, and received her bachelor’s and master’s degrees from Bowie State University. 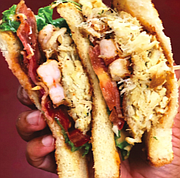 “It started with my dad,” said Norton. “My first experience at seven was in the house eating them on paper plates. He would shuck them in the house along with clams. He also taught me how to shuck oysters.”

Norton said that while some people are squeamish about eating oysters, her restaurant’s unique way of serving them has “opened up” their willingness to try them.

“I found that oysters were not something that was preferred in my culture and amongst people my age,” she said. “They had textural reservations and did not like the way oysters looked. Through the restaurant, I opened people up to expanding their palates from a culinary perspective by presenting oysters to them differently.

“Charbroiled oysters addressed their concerns about them being slimy. People are more willing to try them because 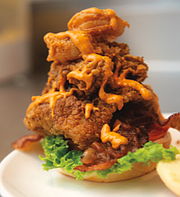 The Urban Oyster’s famous chargrilled oysters include Cheese Louise, Teriyaki, they are cooked with things they are familiar with such as garlic and butter.”

Norton said prior to the pandemic, The Urban Oyster had “pop-ups” at R. Haus on W. 39th Street, farmer’s markets, and festivals including AFRAM, and hopes to resume them. She also plans to open a burger stall at Whitehall Food Market in Hampden.

“Once I took the whole idea of the New Orleans style concept behind charbroiled oysters, I wanted to make it my own as well,” she said. “Working in the hospitality industry, I have been drivenby experience and memorable components. My goal is to make a lasting imprint from customer service to the food.” For more information about The Urban Oyster visit www.theurbanoyster.com.