LONDON — When thinking about Shiseido’s prestige offerings, one may think of Clé de Peau Beauté or IPSA, but actually, there is one brand, The Ginza, sitting on the top of the pyramid, and one won’t even find its brand information on Shiseido Group’s web site.

With a set of minimalistically designed 90-ml. serums priced at 180,000 yen, or $1,702, and a jar of 40g face cream for 100,000 yen, or $948, the brand, founded in 2002, was Japanese ultra-wealthy women’s best-kept secret. Made in Japan and only sold in Japan until recently, some even claimed that The Ginza was first developed exclusively for female members of the Japanese royal family. Shiseido did not respond to a request to verify this information.

But because of the word-of-mouth marketing, especially recommendations by famous Chinese actresses and key opinion leaders on social commerce platform Xiaohongshu, and reality shows such as “Sisters Who Make Waves,” this elusive brand has been quickly gaining momentum in China in recent years.

The Ginza has set up official accounts on Weibo, WeChat and Xiaohonghshu last year and revamped its brand web site this April with support in four languages — Japanese, English, simplified Chinese and traditional Chinese — to reach more international customers. It has also appointed Japanese model Ai Tominaga as its global brand muse.

With COVID-19 drying up travel retail revenue, the brand rolled out its online store with the site revamp with complimentary samples and free international shipping to China, and teamed with China Duty Free and opened counters in Beijing Capital International Airport and Shanghai Pudong International Airport to capture China’s resilient domestic spending.

The brand said online pre-orders in Chinese duty-free shops started in May received “a very good response by wealthy Millennials in their 20s to 30s,” and “the brand is planning to enter the China market in the near future,” and participate in the third edition of China International Import Expo in November.

Before the lockdowns, the brand sells predominantly via its flagship store in Ginza, Tokyo, and duty-free stores across Japan with 28 points of sales. Chinese tourists are one of its biggest clients.

Developed with the concept of “elevating your bare skin to the height of haute couture,” the brand said its products were “innovated to be tailormade for every customer’s skin,” and contain the “Perceptive Complex” compound blend, which includes Polyquaternium-51, Camellia seed extract, beta-glucan, glycerin and mineral water, to help maintain the outer layer of the skin to keep healthy conditions.

“I have been using its moisturizing emulsion for a long time,” said Kim Yin, a second-generation entrepreneur at the Chinese garment manufacturer Chenfeng Group. “I will always buy some when I go to Japan. I like their basic skin-care products, which is more affordable, for my daily routines.”

Mia Zhang, editor in chief of Meiya, a Chinese beauty social commerce platform with 20 million active users, observed that The Ginza is one of the better-received newcomers to the competitive prestige skincare market in China.

“Since it has such a big online buzz, many will buy and try it, especially those who live in first-tier cities. But from what I have seen so far, because it doesn’t have a formal presence in China yet, and its high price point, repeat purchase rate is still low, compared to Shiseido the main brand and Clé de Peau Beauté, which have been in the market for a long time,” she said.

Fri Aug 14 , 2020
What better way to celebrate the first Bill & Ted movie in 29 years than with a band that took the Nineties by storm? “My head is spinning, it’s the beginning of the end,” Weezer frontman Rivers Cuomo sings in the hook of just-released song “Beginning of the End.” The […] 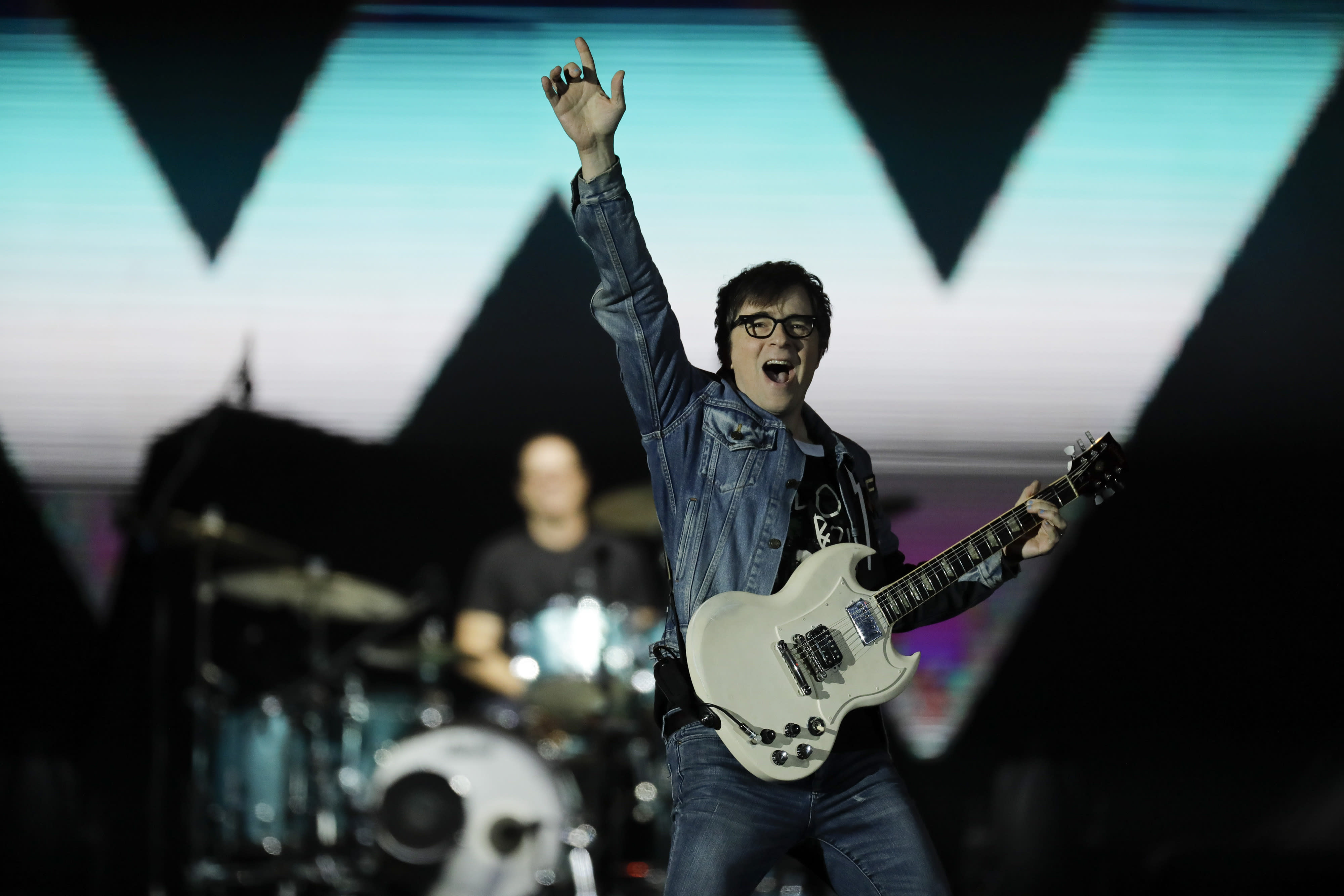