No one who has ever seen David Fincher’s 1995 thriller Seven — or Se7en, for those who are pernickety when it comes to movie title style — will have been able to forget it. The bleak, miserable tale of two detectives tracking a killer who is inspired by the Seven Deadly Sins, it’s an opus of sadness against a backdrop of permanent drizzle.

Read more: Most disturbing movie scenes of all time

Morgan Freeman portrays seasoned cop Detective Lieutenant William Somerset, who is on the brink of retirement, while Brad Pitt is the rather unpredictable young detective David Mills. Every horrific murder frustrates them further, right up until the point that the killer is revealed and cinema’s most famous cardboard box makes its fateful appearance.

It has now been a quarter of a century since Pitt got the answer to his meme-worthy question, so it seems like a good time to delve into the archives for seven facts about Seven that you might not have heard before.

It’s always interesting to delve into alternative casting stories for big movies, and Seven has an A-list crop of potential stars who were either offered parts or were considered along the way. Screenwriter Andrew Kevin Walker envisioned William Hurt as Somerset and named the character after his favourite author, William Somerset Maugham.

During pre-production, Al Pacino was in the frame for the role, but he opted to play Mayor John Pappas in the now mostly forgotten City Hall instead. Gene Hackman, meanwhile, was put off by the number of night shoots required. Reportedly, Robert Duvall and Harrison Ford were also considered in at least some form. The Mills role, meanwhile, was offered to Denzel Washington, who turned it down as too dark and evil. He admitted years later that he regretted the decision as soon as he saw the movie.

Just about every role has a story attached to it. Gwyneth Paltrow originally said no to the role of Tracy, but second choice Christina Applegate did too, bringing things back around to Paltrow. The weirdest one, though? Kevin Spacey’s chilling John Doe role was offered to Val Kilmer, which is fair enough, but it also almost went to Michael Stipe — frontman of R.E.M. That’s a different movie.

Guillermo del Toro thought he was too romantic for it

It’s no secret that David Fincher had fallen out of love with cinema after his bad experience making Alien 3. He took some persuading to make Seven as a result — not least in the well-known push and pull over the box ending — but there were other filmmakers in the frame. David Cronenberg has been mentioned as a name who may have been involved as well as, bizarrely, Jeremiah S. Chechik of National Lampoon’s Christmas Vacation fame.

But someone who definitely turned it down was Guillermo del Toro. His debut film Cronos had earned the attention of Hollywood and he seemed an ideal fit for the material in the minds of execs. In 2008, however, the Pan’s Labyrinth filmmaker revealed he had “rightfully said no”. He said the script was great, but that it had a “very cynical view of the world”. He added: “I loved it, I wanted to see it, but I’m a romantic, fat b***ard and I don’t subscribe to that view.”

Del Toro probably made the right call. It’s tough to square his sensitive, optimistic view of humanity with the unremitting darkness at the heart of Seven.

Famously, Fincher was sent the wrong version of the Seven script, which featured the now infamous ending, in which Gwyneth Paltrow’s head ends up in a box. He fought for the ending to stay — and indeed it did, launching thousands of memes in the process. It’s a powerful sequence, with Kevin Spacey’s cold monologue coupling with Morgan Freeman’s look of horror to create a clear picture of what’s in that box — even though Fincher never shows it.

Such is the cinematic flair here that many viewers are sure they saw more than they did. Any cursory Google search will reveal hundreds of people who genuinely believe they saw Paltrow’s head — a macabre manifestation of the Mandela Effect. Editor Richard Francis-Bruce said people have told him they think they saw it and Fincher has had at least one argument about whether he showed the gory image.

Only one of the murders takes place on screen

On a similar note to the people who swear they saw Paltrow’s head, Seven is perceived as an explicitly violent film, featuring a string of horrifying killings. Notably, though, there’s only one murder committed on screen — and that’s when Mills is goaded into shooting John Doe dead at the very end of the movie.

Seven focuses on the aftermath of violence, rather than the violence itself. While there are plenty of bloody scenes, the actual inflicting of pain is largely kept off-screen. Much as Tobe Hooper limited the portrayal of actual violence in The Texas Chainsaw Massacre and let atmosphere fill the gap, Fincher creates such a grim world that the movie feels far more explicit than it actually is.

Ever the consummate leading man, Brad Pitt gave his everything to Seven. But this came back to bite the actor and the production in early 1995, when he slipped during a rainy chase scene in LA and accidentally thrust his arm through a car window. He severed a tendon and cut himself down to the bone, forcing him to wear a cast when he returned to the production.

Read more: Actors who were injured on movie sets

The cast was subsequently written into the script, with Mills saying he had broken his arm. This posed certain continuity issues when they came to film scenes that would take place prior to the apparent injury. Eagle-eyed viewers will notice him concealing his left arm in several scenes throughout the movie.

Fincher and his team went to extreme lengths for bleakness

It’s always raining during Seven. As if the misery of the story wasn’t enough, every facet of the movie’s setting and design connotes bleakness and pessimism — even before people start being brutally slain by John Doe. The production utilised a technique known as bleach bypass — also deployed in the Vin Diesel actioner Pitch Black — in order to retain the silver in the film stock and deepen the dark images as a result. Rain machines, of course, were constantly used as part of the portrayal of a city packed with pollution and darkness.

Fincher has said the shooting style was designed to reflect the moral decay of the world and was also inspired by the recently cancelled crime show Cops — a staple of American TV at the time.

There’s a sequel… sort of

Do you remember the 2015 mystery thriller Solace? Of course you don’t. Nobody does. The film, starring Anthony Hopkins as a psychic hunting down a serial killer with similar abilities, only made $23.5m (£18.2m) at the box office. It was also greeted by a raspberry from critics, achieving just a 25% approval score on Rotten Tomatoes.

Meanwhile, rumours of a Seven sequel — it was due to be, rather awkwardly, titled Ei8ht — had swirled online since the late 1990s. Fincher had made it clear, in no uncertain terms, that he would be staying well away from any follow-up. In his words: “I would have less interest in that than I would in having cigarettes put out in my eyes … I don’t want to do the same s*** over and over.”

But there was a time in which Solace was going to be a Seven sequel — presumably without Fincher. New Line snapped up Ted Griffin’s spec script with the aim of bringing in Morgan Freeman’s Somerset and retooling it into the world of Fincher’s movie. The idea fizzled, though, and Solace eventually came out as the standalone thriller it was originally written to be. It’s just a shame it was so rubbish. 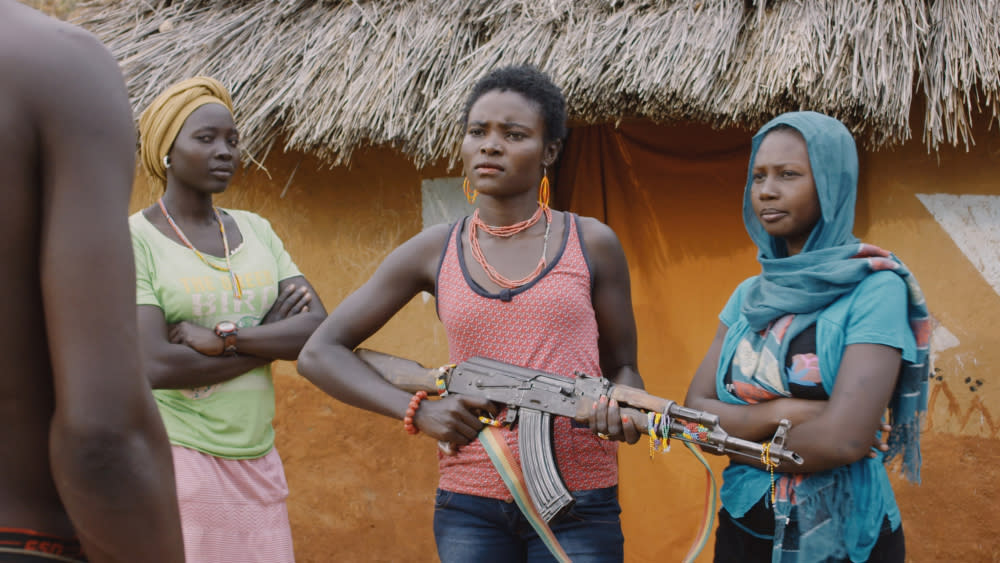