The recent tidal wave of news about President Donald Trump

And yet, there are many in this country who are unaware of any of these events. How is it possible to avoid news when the news is more abundant and accessible than ever before?

Research from the Reuters Institute for the Study of Journalism suggests that news avoidance is fairly common. The pre-COVID 2019 Digital News Report finds that 32 percent of people, across 38 countries, self-identify as someone who will often or sometimes avoid the news. In the U.S., this proportion is higher at 41 percent.

A more recent report, based on the U.K., finds that news avoidance during the pandemic is a more frequent practice, with 66 percent saying they avoid the news because of its negative on impact their mood.

It makes a lot of sense that many people are avoiding news stories about any of these breaking news events. They worry that engaging with these stories will make them feel upset, angry, frustrated or helpless.

This is particularly true during the COVID-19 pandemic when people’s emotions are already fraught, and many are looking for a way to escape and improve their moods by turning away from the news, and toward entertainment. Netflix added 10 million new customers during the second quarter of 2020.

Some people are motivated to take specific actions to avoid the news, especially when trying to manage negative emotions. They make the conscious decision to practice a type of news detox, where they uninstall certain apps, take a break from Twitter, or physically leave their phone at home while going on vacation. There are also digital tools that will filter out certain topics from appearing on Google News, or remove references to specific people on various webpages.

It makes sense people need breaks from the news, specifically if it facilitates their continued engagement with news going forward. This type of news avoidance tends to be practiced by people who are regular consumers of news.

Another type of news avoidance that is more concerning is when people consume little to no news and don’t have to work that hard to do so.

I have been researching news avoidance for years, using both quantitative surveys and qualitative interviews to better understand the role that news plays (or does not play) in people’s daily lives. When conducting qualitative interviews, one of my favorite questions is: “Is it possible for you to avoid news?”

The range of responses are drastic. Some say it is possible, but it would take a lot of work. As one interviewee reported, “For me to avoid news, I would have to go out in the woods someplace where I didn’t have Internet connection.” Another remarked it was possible, “If I never checked my email, used social media, or talked to any of my friends.”

This second type of news avoidance requires very little effort and is the practice of habitually consuming little to no news. For these people, avoidance is so ingrained into their media habits and daily lives, that they don’t have to work hard at all to avoid news.

As one interview told me: “I think it’s really easy to not read news. I’m on social media all day and I never see any news.” Another explained: “I’m at work most of the day, and then come home and have a million things to do. Avoiding news just happens.”

My 2015 published research on a 2008 study shows these about 20 percent of U.S. adults are news avoiders who consume little to no news. More recently, my 2018 study of U.S. teenagers (ages 12 to 17), finds that 50 percent are considered news avoiders. Overall, news avoiders tend to be younger, POC, with low education/incomes, and identify as uninterested in politics.

Not only is this type of news avoidance a sizable, and distinct, portion of the population, but my research shows they also exhibit lower levels of participation, compared to people who regularly consume news of any kind.

If a significant portion of people are not active in their communities, not participating in politics, and not voting in elections, it raises doubts about the robustness of democratic systems. Whose voices, concerns, and help are missing from these spaces of decision making?

In the coming weeks, important election information needs to reach these news avoiders — about voting options, rights, and deadlines, and the overall security of the election process. That is crucial considering only 24 percent of U.S. adults report they are confident that the election will be free and fair.

In the near future, important information about a COVID-19 vaccination will also need to reach them about its availability and safety. It will be difficult for high-quality, verified news to reach these people. They have preferences, habits, and networks which are not set up to receive it.

Social media only exacerbates the problem. This type of news avoidance is aided by algorithms designed to promote content that is the most relevant. This means that even when using social media, these news avoiders are not seeing news or political information in their feeds.

According to a recent paper from Michigan State University, social media algorithms learn which posts, such as those containing a news story about the election or COVID-19, are unlikely to be clicked on, or liked, and will stop being promoted on people’s feeds.

In the same way that social media requires the first type of news avoider to use more effort in their avoidance of news, this second type of news avoiders does not have to work very hard at all to avoid the news. That is because algorithms have determined news is not relevant to them and limits the flow of news. They are not a “likely voter,” nor are they the target audience for most news organization. Given this, they are not a highly sought after group (except maybe by efforts to demobilize voters).

Stephanie Edgerly is an associate professor and Director of Research at the Medill School of Journalism, Media, Integrated Marketing Communications at Northwestern University, and a Public Voices Fellow through The OpEd Project.

Sat Oct 10 , 2020
Many people in the US are looking closer to home for vacations this year to avoid lengthy travel during the pandemic. Resorts and hotels are cashing in on guests’ restlessness from being stuck at home and desire for a safe escape by launching socially distanced and wellness-related amenities. Guests at […] 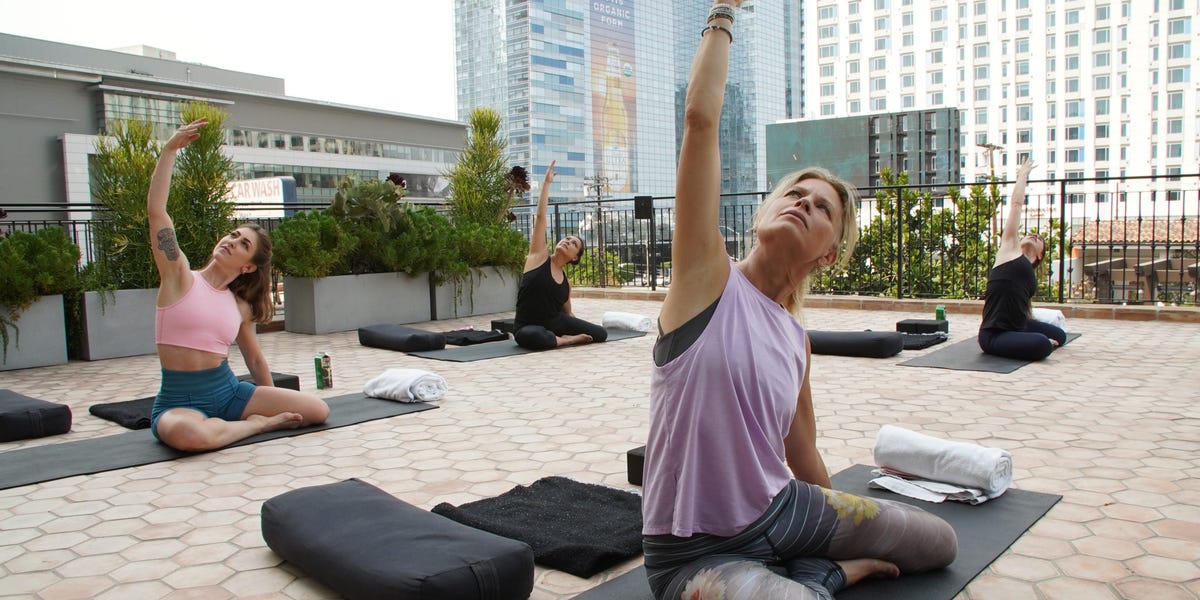