As the coronavirus surges to record levels in Nevada, the governor has implored residents to stay home. But Democrat Steve Sisolak has also encouraged out-of-state visitors, the lifeblood of Nevada’s limping economy, to come to his state and spend money in Las Vegas.

The pandemic has put officials in this tourism-dependent place in a double-bind: trying to protect the economy while keeping people safe.

With the state seeing a record number of new cases, Sisolak said he’s on the brink of imposing new restrictions, but he’s walking a tightrope.

“I don’t want to shut down the entire economy if I can at all avoid it,” Sisolak told reporters on a phone call Wednesday. “We can keep everybody safe and accomplish both ends.”

Nevada’s tourism and hospitality industry has an estimated $67.6 billion economic impact, employing more workers and bringing in more state tax revenue than any other sector. Right now, it’s hurting and Nevada is facing a nearly 13% unemployment rate — the second highest in the U.S. behind Hawaii.

While the governor has urged Nevadans to try to get their groceries delivered, forgo in-person dining and stay home, he’s said he welcomes out-of-state tourists to Nevada. And though he implored residents to consider curbside pick-up, he said tourists were welcome to patronize restaurants as long as they followed protocols, such as abiding by the statewide mask mandate.

The Nevada Hospital Association reports 80% of hospital beds in the state are occupied and said in a bulletin this week that “current strategies are not successfully minimizing the spread of serious disease.”

In Reno, where one hospital has begun moving some coronavirus patients into its parking garage, the county health officer recommended that the governor limit statewide gatherings to 10 people.

Meanwhile, the governor is facing political pushback against more restrictions, along with workers, businesses and industry groups who have taken a big financial hit and are pushing for stability and some way to hang on.

Sisolak, who is grappling with his own COVID-19 diagnosis, has not offered any details about what measures he’s planning to announce next week to curb the spread of the virus, which has so far infected more than 129,000 Nevadans and caused 1,982 deaths.

While he hasn’t ruled out temporary closures of casinos and restaurants, he has defended the current health and safety practices in place as extensive and said he’d be hard-pressed to make any decision that hurts the ability to welcome visitors.

But the governor and his staff have offered little indication as to what other mitigation options they might pursue.

“I don’t have a strong or definitive idea of what that looks like,” Nevada COVID-19 Director Caleb Cage said Friday.

Republicans in the state Legislature urged the governor this week not to impose blanket restrictions.

In a publicly released letter, members of the Assembly Republican Caucus this week told Sisolak that, while they “appreciate the severity of the situation” they warned that “stricter restrictions will once again lead to declining sales and revenue for local businesses and an increase in unemployment – our state simply cannot afford this.”

The economic hit of an 11-week shutdown of the state’s casinos and tourism businesses this spring was compounded in the months that followed as the pandemic stunted demand.

Visitor numbers and room occupancy rates in Las Vegas in September were roughly half what they were the same month in 2019. At least five casino resorts have some weekday closures, announcing they would not take some mid-week reservations due to lack of demand.

Countless restaurants have closed. Entertainment acts haven’t been spared either. Several acrobatic spectaculars have been among the shuttered shows, including the Cirque du Soleil show “Zumanity” that ran for 17 years at the New York-New York Hotel.

Concert, convention and trade show venues have been capped at 250 socially distant people and were hoping they’d be able to expand and hold large events again. Sisolak in late October said he hoped large event venues would be able to begin filling their venues to 50% capacity in January, but it’s unclear if that target is still under consideration.

The Nevada Resort Association, which represents the gambling and hospitality industry, has been pressing for some kind of roadmap to once again holding large live events.

“The people who plan and book these events — both on our side and on the people who are bringing events here — they need some predictability,” Nevada Resort Association President Virginia Valentine said.

It looked different this year, but National Adoption Day in N.J. was as loving as always

Sat Nov 21 , 2020
Julisa, 8, hugged her grandparents after a judge finalized her adoption Friday over Zoom in their Newark home to make the couple her legal guardians. Her grandparents, Reynaldo and Secundina Peña, began to cry a little, but there was no time for tears. A surprise was in store for them […] 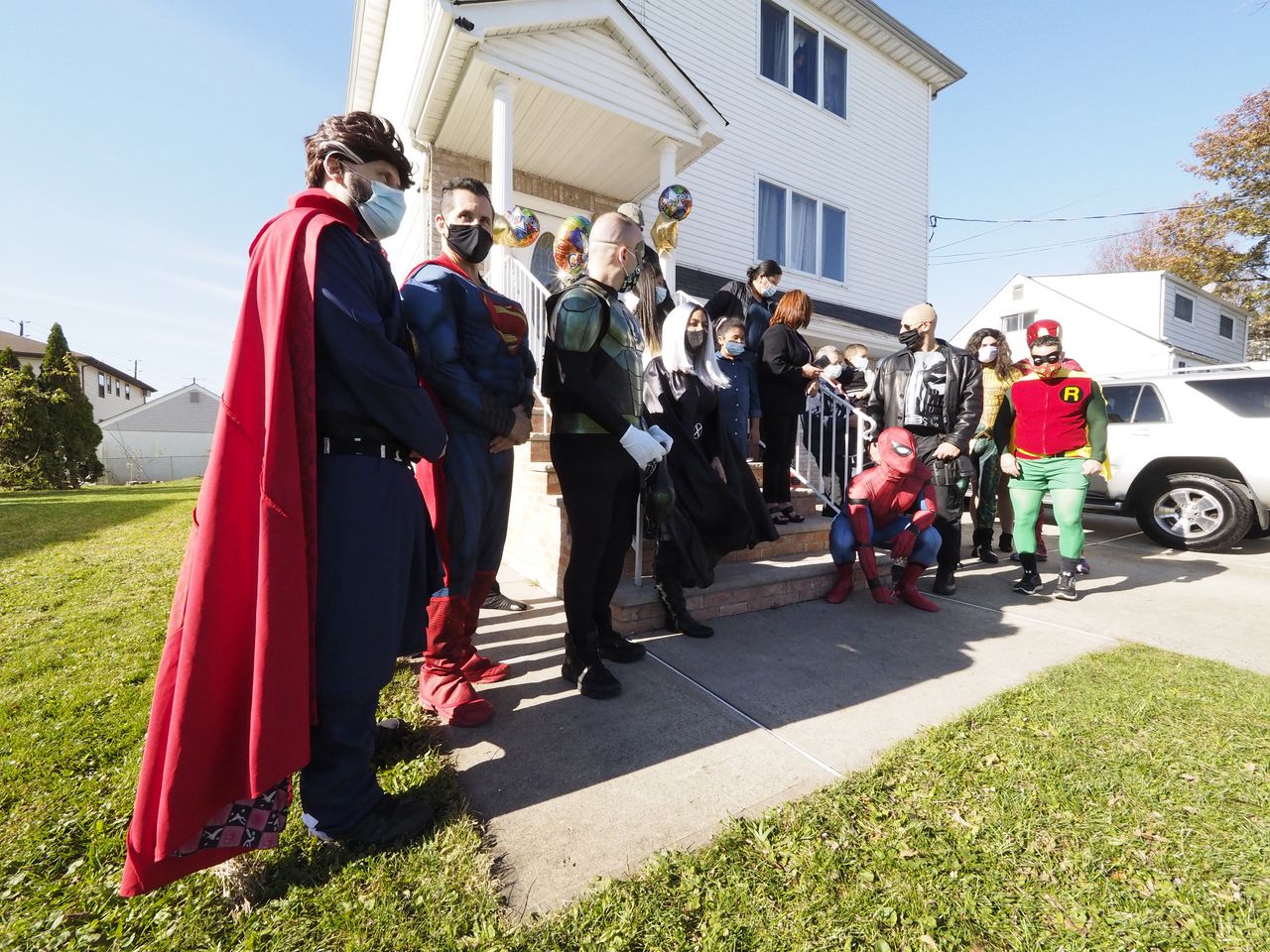