Julisa, 8, hugged her grandparents after a judge finalized her adoption Friday over Zoom in their Newark home to make the couple her legal guardians.

Her grandparents, Reynaldo and Secundina Peña, began to cry a little, but there was no time for tears. A surprise was in store for them almost immediately after.

“Somebody said ‘Oh look the parade is starting,’” Julisa recounted, and then the family put on their shoes and walked out the door.

Greeting them was a caravan of superheroes and more than a dozen vehicles, including police and fire trucks. Four other families who finalized adoptions Friday were along the motorcade’s route, too.

“(I) felt rejoice in my heart,” said Secundina Peña in Spanish through a translator, of the adoption proceeding over Zoom. “It was times two when the parade came.”

National Adoption Day falls on Saturday this year, and employees at the Superior Court of Union County have put on a big annual celebration at the Elizabeth courthouse for families as they finalized adoptions. This year — due to the coronavirus — the celebration was different.

But it was certainly no less momentous.

Urban Griddle in Elizabeth delivered breakfast to the families in the morning. Gift baskets with games, stuffed animals, candy and gift cards were delivered to each home, too.

“We often say that adoption day is our favorite day at the courthouse,” said Union Vicinage Assignment Judge Karen Cassidy in a Zoom video to guardians. “However, in our new virtual environment, we will now say that this is our favorite day in the judiciary. Each of you have chosen to open your lives and homes to a beautiful, deserving child or children. The road has sometimes been bumpy or long, but the reward is great.”

Cristina Calderon, the Peña family’s caseworker, said most adoptions take about a year or two to finalize. In Julisa’s case, the process took about three years.

Reynaldo Peña’s said his son died when Julisa was younger and he left them a note in his will saying he wanted them to care for his daughter. Her biological mom is still alive, although the family declined to elaborate on the circumstances that led them to foster Julisa.

“These three years were just a culmination of patience and waiting,” the grandfather said in Spanish through a translator.

Calderon, the caseworker, has been to previous Adoption Day celebrations at the courthouse. Even though all the families couldn’t interact with each other this year, Friday’s events felt more individualized.

“It kind of feels like a blessing in disguise,” she said. “The family felt it was very personalized.”

Another unexpected touch to this year’s format was that neighbors got a peek into the joyous occasion. Altagracia and Luis Rodriguez, who live in Linden and adopted 2-year-old Jordan, were another one of the stops along the caravan, and their neighbor came out to see what all the hubbub was about.

“What’s going on?” the neighbor said as the lights from law enforcement caught his attention.

But this time, first responders weren’t rushing into an emergency. They were rushing to celebrate a loving home.

Patti Sapone contributed to this report.

Rebecca Panico may be reached at [email protected].

Sat Nov 21 , 2020
Chris Kiple, CEO of Ventec Life Systems, alongside one of the company’s ventilators. (Stuart Isett Photo) To rapidly increase a company’s production 8-fold is daunting. To ramp up 80-fold is almost unimaginable. It’s also what Chris Kiple had to do last spring as CEO of one of the nation’s few […] 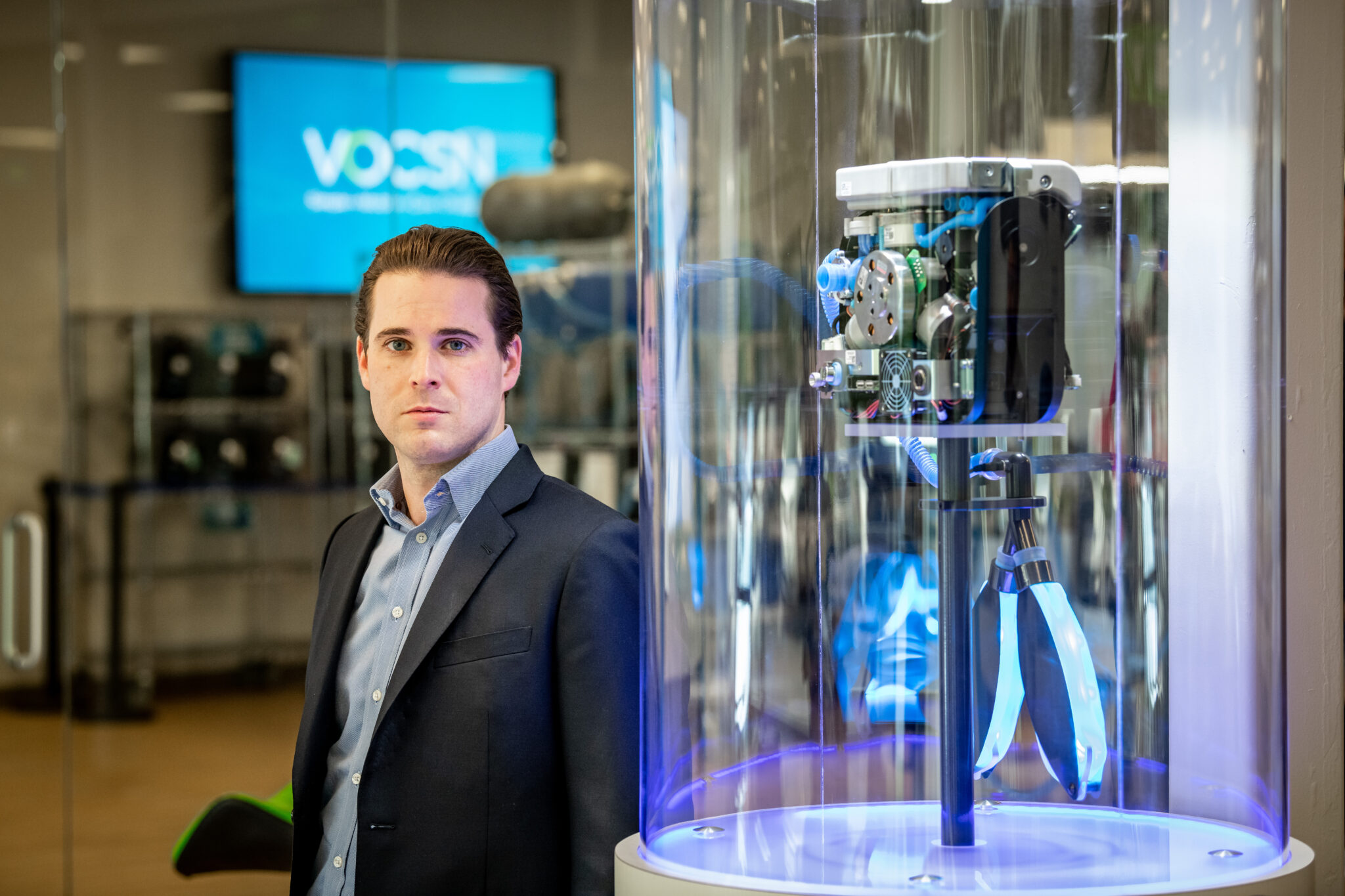