Around Christmas of 2019, I started thinking about the “new me” I was going to build in the new year.

And then I thought again. I rarely have success at this. Why take up this tired cultural tick, when it was bound to make me feel like a loser? But I didn’t want to let go of the habit of challenging myself to do better and somehow be better in the future. So I approached the new year thinking about one thing I wanted to accomplish. I ransacked my mind for something I could commit to. Lose weight? Yeah right. Get buff? Well… (I did join North Lakes Recreation Center and started the Les Mills Body Pump class and attended religiously until COVID-19 forced me into the garage. Still not so buff, though.)

I hadn’t read a book in probably five years. My reading habits had gradually moved to magazines, with familiar titles gathering and growing into messy heaps on my coffee table: The Atlantic, The National Review, Texas Highways and Real Simple mingling with my fianceé’s medical journals and clinical magazines. And online, I subscribed to the Denton Record-Chronicle, The Washington Post, The New York Times and The Texas Tribune. Books had become artifacts, lining my bookshelves, untouched.

My reading habits in 2020 were a blend of old fashioned paper books, my Nook and Audible.

In getting back to books, I learned why they’d become a former habit. Books required time and quiet. You have to carve out 15 to 20 minutes to sit down with a book. With audiobooks, I could cheat. I listened to long stretches of books while doing housework, wrangling my dogs for their baths and while getting ready for work.

I’ve also let my phone take up more and more of my life. I realized that my phone is in my hand when I watch television, talk to friends and family and when I’m in bed. Reading books forced me to put my phone out of sight, or in another room.

Books reminded me that when our reading is confined to magazines and newspapers, we achieve a sort of breadth, but less depth. I can read an issue of The National Review in a day. The Atlantic takes longer, but its editions publish more stories each month. And the kicker? I found that I rarely finished a newspaper story, and rarely read more than four stories a day. To my deep displeasure, I read more social media than news.

Reading proved to be a discipline. As I write this draft, I’ve read just 12 books this year. For some, that will look like a feat. For book lovers, that number will be paltry. The Pew Research Center reported in 2015 that a quarter of Americans said they hadn’t read a book in the last year. And those millennials we love to criticize? They’re more likely to use the library than any other age group in America (for more than just books).

Now that I’ve gotten back into reading, my appetite for books has grown. I keep a list of titles that sound interesting to me. And I’ve allowed myself to quit on a book, though I must have read most of it to count it among my “completed” pile.

And I found some winners in my New Year’s Resolution. These are titles I challenge you to take a crack at in 2021.

1) Caste by Isabel Wilkerson. Denton musician Polly Maynard recommended I read the book, citing Wilkerson’s accessible account of slavery and Jim Crow, and the impact it had on America and the world. The most chilling research Wilkerson did connected the dots between American slavery and the Holocaust. It sounds impossible, but the foundation of the Holocaust was laid long before in a land far away. Wilkerson plumbs the public record of Nazi Germany (not to mention the personal papers of Adolf Hitler) to find that the Nazis studied America’s restrictive immigration and anti-miscegenation laws to develop their own racial purity philosophies. They pored over the American custom of lynching and Jim Crow’s extra-legal machinations, and noted that Americans had a “knack for maintaining an air of robust innocence in the wake of mass death.” The book was a difficult read, but an eye-opening account of how the past casts a long shadow over the future.

2) Girl Sleuth: Nancy Drew and the Women Who Created Her by Melanie Rehak. I adore Nancy Drew. Whenever I visit my parents, I invariably end up sneaking off to read a title from the family collection of hardback books from the 1940s and 1950s. There’s something infectious about the characters’ pluck and resourcefulness. In Girl Detective, Rehak studiously tells the story of a publishing titan Edward Stratemeyer. As he rose to prominence in publishing for children, Stratmeyer created heroes and heroines. In the case of Nancy Drew (see what I did there?) Stratemeyer dreamed up the character, but she was the brainchild of the mysterious Carolyn Keene. Actually, Nancy was brought to life by two women: Mildred Wirt Benson, a journalist from Iowa, and Harriet Stratemeyer Adams, a well-bred wife and mother who took over as CEO after her father died. After Nancy appeared in 1930, her stories were always attributed to Keene. But Benson and Adams gave the Titan-haired teen her start, and set her on adventures that eventually went beyond the page and onto the screen. Rehak expertly chronicles how the girl detective borrowed traits from the two women who created her and her exploits.

3) In Pain: A Bioethicist’s Personal Struggle With Opioid by Travis N. Rieder. Travis Rieder was heading up the Master of Bioethics Program at Johns Hopkins University when he mangled his foot in a motorcycle accident. What followed was a physical dependency on opioids. His dependency — and he explains the hair-thin line between physical dependency and full-blown addiction — began in the hospital, where his surgical and recovery team saw him in the kind of pain that most people fear. He went through a half-dozen surgeries, and spent four harrowing weeks “dope sick” as he tried to follow his doctor’s orders regarding the pain meds. Rieder descended into shame as his position at one of the country’s best medical schools couldn’t help him. Ultimately, Rieder prevailed and has insights that could help the country pull out of its addiction epidemic. He pulls no punches and indicts the disintegrated American healthcare system in the opioid epidemic.

4) Where the Crawdads Sing by Delia Owens. This title has been around since 2018. I’d heard it praised as a poetic account of a poor girl whose intelligence transcends her hardscrabble origins, and that fits. Kya Cloark is simply known as “the swamp girl” in segregation-era rural North Carolina. Her family vanishes almost one-by-one (mostly as a flight from an alcoholic, violent home) leaving her to fend for herself as a child. Relying on her growing understanding of wildlife in the swamp, Kya perseveres. But her mysterious ways and beauty make her a mark for a well-heeled, abusive boy. But her friendship with another boy, Tate, casts a line to a life beyond the swamp. But when her affluent and secret paramour, Chase, ends up dead, all eyes are on Kya — and all those eyes are accusing. Delia Owens braids her own expertise (she’s a zoologist by training) into a poetic cadence and folksy storytelling, and the result is a memorable tale about an unforgettable woman.

5) Shrill: Notes From a Loud Woman by Lindy West. Lindy West started out as a journalist who was trying to cobble jobs together into some semblance of a living. Then she landed at The Stranger, an alt-weekly in Seattle. It was there that she crossed swords with editor and renowned sex columnist Dan Savage about the realities of being fat. The online feud catapulted West to Jezebel, a popular blog about feminism, politics and pop culture. As West’s star rose, so did the target on her back. Life on the Internet can be difficult for women. And for an unapologetic and fat feminist like West, it can be terrifying. In Shrill, West tells the story of her professional life, and what it’s like to be a visibly fat woman in a fractious and punishing media landscape. West is sharp and funny, and she’s able to turn her discerning eye onto herself. Shrill is now a Hulu series based on West’s career and quest for love and acceptance. West is a producer, and Saturday Night Live cast member Aidy Bryant plays the character based on West, Annie Easton. (And how’s this for a bit of trivia? Shrill’s husband, musician Ahamefule J. Oluo, is the son of an African immigrant who once taught at the University of North Texas.)LUCINDA BREEDING can be reached at 940-566-6877 and via Twitter at @LBreedingDRC.

Sat Jan 2 , 2021
SOUTH PLAINFIELD, NJ – Last week, Gov. Phil Murphy gave the green light for indoor sports to resume in the Garden State, effective Jan. 2, and, on a local level, the South Plainfield Department of Recreation is gearing up for a winter season that includes the return of both youth […] 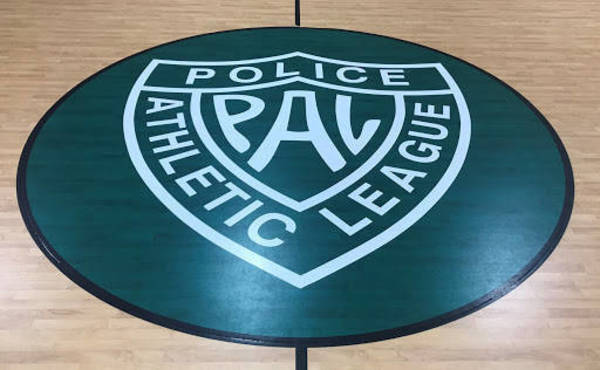