Just when Glasgow Warriors coach Danny Wilson thought things couldn’t get any worse along comes a news strain of coronavirus to make his job even more daunting, as if that were possible.

Absolutely nothing has gone to plan for Wilson in his first year in charge at Scotstoun, but were the latest news not so serious it would have brought an almost farcical edge to proceedings.

On Wednesday morning the Pro14 announced the inauguration of the Rainbow Cup in April, which would see South Africa’s four Super Rugby teams effectively join the Pro14 as revealed in Telegraph Sport earlier this year.

For a few hours the tournament, which would see the Pro14 sides take on the top South African sides, looked like a rare ray of sunshine. And then came the news of a new strain of Covid in South Africa, which had prompted the UK Government to immediately shut down travel to and from the country.

“Really, I had no idea, I’ve been busy training all day,” said a stunned Wilson, putting his head in his hands when he was told of the development. “That’s unbelievable.”

It is difficult not to feel sorry for Wilson. Since he got the Glasgow job he has been hit with a pandemic that has robbed him of 14 of his best players for most of the season and led to a recruitment freeze.

He has seen his two best non-Test forwards, Richie Gray and Leone Nakarawa, sidelined through injury, and has learned that his star fly-half Adam Hastings is leaving for England and that he’ll probably be followed by Huw Jones.

He has seen his side effectively knocked out of the Champions Cup by an outbreak of Covid caught from Exeter, which has also forced the postponement of Sunday’s home 1872 Cup game against Edinburgh and which led to the European champions protesting vehemently that Glasgow chose to publicly reveal their misgivings about Exeter’s Covid protocols.

All Wilson needs now to round off a truly bizarre year is confirmation – as seems certain – that the post-Champions Cup games in the Pro14 will be played during the Six Nations period, when Glasgow and Edinburgh will again be disproportionately affected. At that stage everything that could feasibly go wrong will have gone wrong.

Not that Wilson is going down without a fight, as evidenced by his pursuit of a replacement fly-half to take the place of Hastings. That, predictably, is not going to plan either, with Glasgow’s efforts to sign talented young Scottish-qualified Munster No 10 Ben Healy apparently foundering.

“Nothing is confirmed at this minute,” said Wilson when asked if Glasgow’s high-profile pursuit of Healy was now at an end, as reports coming out of Ireland suggested. “We are in the process of speaking to people in terms of recruitment but that position is still a position of priority. I don’t have any confirmation either way at the moment.”

Wilson was also able to confirm that, notwithstanding their efforts to sign Healy, Glasgow are also talking to Duncan Weir, with a view to tempting the Worcester Warriors fly-half back to his home city three years after the 29-year-old was unceremoniously offloaded.

“Duncan is obviously another quality ten and a Scottish international who is linked to the club so he is somebody we would definitely consider along with others in that ten jersey,” said Wilson, before adding, “unfortunately that is all I can say just now.”

Wilson’s update that Glasgow have had no more positive Covid tests since the four last week is a rare ray of sunshine. It means that next week’s 1872 Cup game at Murrayfield will be able to go ahead, although 2020 still has plenty of scope to scupper those plans too.

“I am very confident that that second game will go ahead,” said Wilson. “We have been through three rounds of testing since the Exeter game, and we’ve hopefully managed to contain it to a very small group. We test again on Monday before we play Edinburgh and as long as we don’t have positives from that all our players should be back for that game except the injured group.”

However, the collateral damage of the Covid positives following their trip to Exeter continue to be felt. As well as a walkover by Lyon and a postponed home 1872 Cup game, Glasgow face a period of catch-up to go into a match at Murrayfield having not trained for 10 days.

“We trained today but the players have been isolating for ten days so it was a very light session,” said Wilson. “That’ll have an effect on them dealing with that, but hopefully we’ll be out of the woods next week.”

It says much for Wilson’s optimism that, after the year he’s had, he’s still hopeful about anything.

Thu Dec 24 , 2020
Yahoo Lifestyle is committed to finding you the best products at the best prices. We may receive a share from purchases made via links on this page. Pricing and availability are subject to change. Everybody loves the right gift card. (Photo: Amazon/Chewy/Sephora/Brooklinen/Baublebar) Holiday shopping season is in full swing. So […] 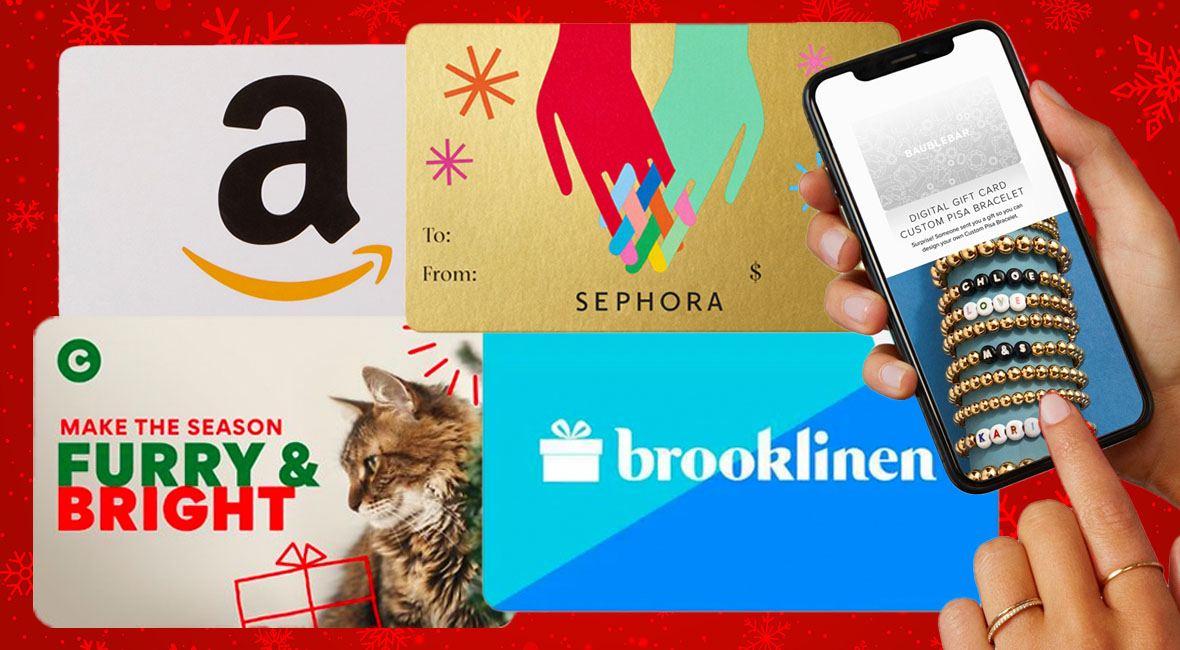