This year, a wave came in August, a crush of voters asking: Where is my ballot? How can I vote from abroad? How can I do it without the U.S. Postal Service?

“It’s indicative of what I would call, simply, voter hysteria,” the leader of the voting rights organization said. “They’re just seeing red. They’re seeing the horror, they’re hearing the headlines, and they’re panicking.”

The headlines being the quagmire involving the U.S. Postal Service.

Congressional Democrats alleged that delays and operational changes at the Postal Service threaten the agency’s ability to handle an increase of mail-in ballots, which is expected because the COVID-19 pandemic prompted many states to expand voting by mail to reduce crowds on Election Day.

State by state: Where you can vote by mail, absentee ballot in the 2020 election

Although Postmaster General Louis DeJoy pledged in August that he suspended some operational changes until after the election and that all election mail would be delivered on time, many of the 6.5 million eligible civilian U.S. voters living abroad remain concerned.

“If the U.S. government was looking for one dagger in the heart of overseas voting, they found it with this,” Dzieduszycka-Suinat said.

The pandemic has thrust Americans voting overseas into a complex and changing labyrinth of restrictions, closures and delays.

Hiccups in the voting process

Voters living abroad cast their votes largely through absentee ballots. Depending on the state where they are voting, that process ranges in complexity. For some, it’s as simple as registering and submitting materials online. For others, it can be a months-long process of physically mailing voting materials through international mail.

Twenty-one U.S. states and territories require their overseas voters to return ballots by postal mail or by dropping ballots in the diplomatic pouch at embassies.

Others still accepting ballots say there could be a four- to six-week delay in delivery.

Even then, mobility restrictions may make access to embassy mail impossible, said Jennifer Earll, a 49-year-old voter from Seattle who moved to Panama five years ago. Earll says it’s legally impossible to travel hours to the U.S. Embassy in Panama City because of the COVID-19 lockdown.

She also can’t return home because she said her husband is receiving chemotherapy treatment in Latin America that they can’t afford in the U.S.

While Earll can submit her ballot online and has done so in past elections, she said she has already experienced hiccups in the process.

“Those who actually have to physically send ballots somewhere, jeez, I don’t know,” she said. “I hope it works out for them because a lot of people are really concerned about this particular election.”

Panama is among 63 countries that have suspended mail services or reported disruptions with the United States because of the pandemic. Many more already have long delays or unreliable mail service. Such lags are the leading cause of overseas ballots being rejected, according to the Federal Voting Assistance Program.

Madeline Schwartz, 24, planned to fly from Dublin, Ireland, where she works as a film editor, home to Oregon in November to vote in person in the 2020 election. With the coronavirus, that has changed.

In early August, she requested her absentee ballot through international mail. Though she started the process early, she said she’s worried that “outside forces” or long mail delays may silence her voice this election.

“It’s a little bit terrifying (the possibility) that my vote won’t end up counting,” she said. “I’m one person, and if the USPS is down, there’s not a lot I, from Ireland, will be able to do to ensure that my ballot gets there. It’s putting a lot of trust in a broken system.”

Though courier services like FedEx and DHL are another option, it could cost up to hundreds of dollars.

“There has to be a healthy postal service,” said Marylouise Serrato, executive director of American Citizens Abroad. “This is critical for all voters, but in particular for overseas voters because that really is the only way they can vote.”

American Citizens Abroad has heard from voters who sent in their ballot requests weeks ago but still haven’t received confirmation. It wrote a letter to Congress and the Trump administration, urging them to take extra precautions to ensure those votes are counted.

Accessibility to mail services have proven to be crucial for voters in previous elections. Citizens living in countries with more reliable postal systems are 65% more likely to vote, Federal Voting Assistance Program data shows. That is especially true for the roughly 1 million military service members eligible to vote from overseas.

Still, given the obstacles, stateside citizens are 13 times more likely to vote than citizens living abroad.

In 2014, there was such little voter turnout from overseas voters, it almost felt as if people didn’t know they had the right to vote from outside the country, she said. But between 2014 and 2018, civilian voting abroad jumped 322%, Election Administration and Voting Survey data shows.

“Overseas voters have really woken up to the fact that they can participate,” Dzieduszycka-Suinat said. “And that’s making a big, big difference.”

‘What happens if that ballot doesn’t come?’

Andrew Jordan, a 33-year-old Arizona voter who is a teacher in Medellín, Colombia, is among those voting abroad for the first time this year. He lived in China during previous elections but never voted from there, something he deeply regrets.

“I just didn’t even know that voting abroad was a possibility when I was in Shanghai,” he said. “I felt like I was missing an opportunity to exercise a really essential freedom.”

In 2020, he said, he “doesn’t know if he could live with himself” if he didn’t vote. But as he began requesting his ballot, he said he found the process confusing and the next steps unclear. It was a frustration expressed by many other voters as well.

“I have no idea what’s going to happen when we get closer to the election,” Jordan said. “What happens if that ballot doesn’t come? When is it supposed to arrive here? When do I receive confirmation that it’s here? … All of that is still very vague.”

Arizona is considered a battleground state in 2020, as are Florida, Colorado, Pennsylvania and Texas, which were among the states that reported the highest populations voting from abroad in 2018. Overall, nearly half of the votes from Americans abroad were sent to swing states in 2016, Election Administration and Voting Survey data shows.

“It could be very significant, because if there are tight elections, the overseas vote may be the vote that tips the balance,” Serrato said.

All the best movies we saw at Toronto Film Festival, ranked (including 'MLK/FBI')

Sun Sep 13 , 2020
It’s definitely a different Toronto International Film Festival than usual, with a couch and a Keurig taking the place of theater seats and a coffeehouse stop. In a year when everything in the movie industry has had to scramble amid COVID-19, Toronto (running through Sept. 19) is the biggest of the A-list […] 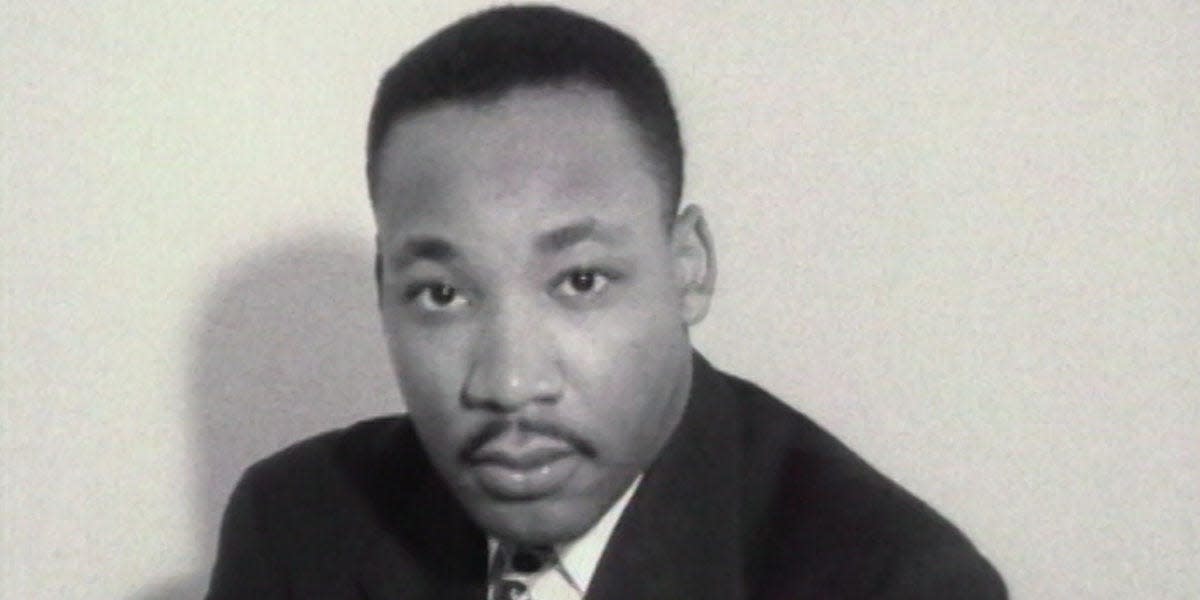