BTS’s ‘Life Goes On’ Did the Impossible 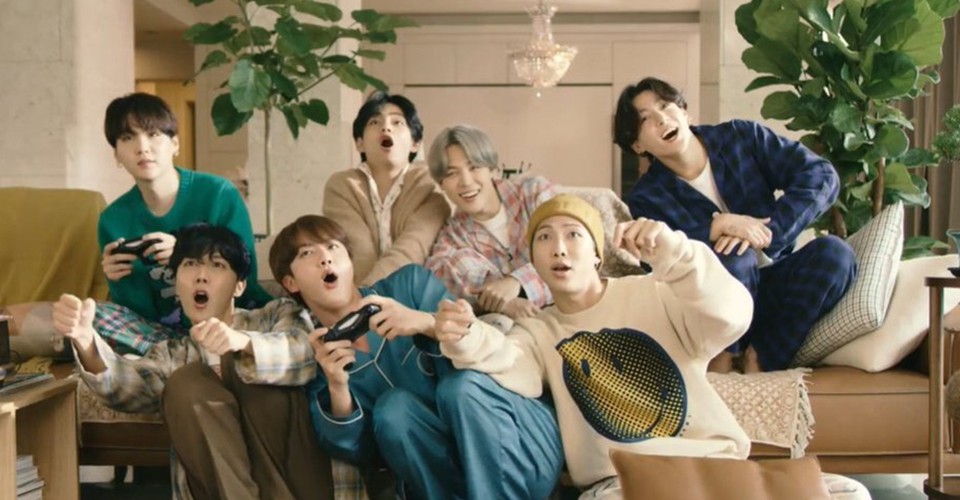 BTS’s ‘Life Goes On’ Did the Impossible

Indeed, “Life Goes On” attempts to commiserate without getting consumed by grief. “One day, the world stopped / Without any prior warning,” Jungkook sings in a honey-toned voice edged with exhaustion. “On a street with footsteps since erased, / Here I am, fallen on the ground,” Jimin continues, rising to a desperate falsetto. In his rap verse, RM paints a vivid image of trying to outrun a rain cloud before admitting his helplessness: “I must merely be human.” The members each add their own texture to the song, creating a sense of togetherness out of individual alienation. “Here, hold my hand / Let’s fly to that future,” Jungkook and Jin sing together before the chorus erupts: “Like an echo in a forest / The day will surely return / As if nothing happened / Yeah life goes on … like this again.”

If “Life Goes On” received airplay, non-Korean-speaking audiences would, of course, not understand most of the lyrics. But the aural warmth of the vocal harmonies, combined with the English refrains (“Life goes on” and “I remember”), make it the sort of healing track that could resonate with many listeners in a difficult year. (Alicia Keys seemed to agree, posting a short, all-English cover of the song over Thanksgiving weekend that went viral.)

The other new songs on Be create a more holistic emotional picture of pandemic life; the album is like a giant mood ring orbiting the listener. “Fly to My Room” is a jaunty track, full of delicious synth stabs and playful electric organ, about finding adventure amid claustrophobia. (“This year’s been stolen from me / I’m still in bed / I feel nauseous / It’s killin’ me slowly,” Jimin sings.) The midnight-colored lullaby “Blue & Grey,” originally written by V for his solo mixtape, reflects on the depression and malaise of quarantine existence. (“As ever, is this blue question mark / Unease or gloom / Perhaps it’s an animal of regret / Or a me, born of loneliness,” Suga raps.) These songs couldn’t be more different in energy or tone; back to back, they speak to BTS’s stylistic omnivorousness.

Be might be born of frustration and a sense of powerlessness, but it seeks to energize, not wallow. “Telepathy,” a funk-filled bop mostly written by Suga, delights in the thrill of a long-awaited reunion (“I think about these streets of ours that the stars have allowed for us,” RM raps). “Dis-ease,” largely written by J-Hope, is ostensibly about the sickness of overworking; an old-school hip-hop track with a slick, half-time bridge, this is for rap lovers. Aside from “Skit” (a recording of the members celebrating the No. 1 win of “Dynamite”), the final new song is “Stay,” a dance track originally intended for Jungkook’s solo mixtape that seems designed for the catharsis of a stadium performance. “When I open my eyes, it’s again / A room devoid of people,” Jin sings in a near whisper before the track builds to a pulsating beat for its anthem-like chorus: Yeah, I know you always stay. Those words hold particular meaning for ARMY, especially those who organize to stream and buy BTS’s music in defiance of an indifferent industry.