Holidaymakers travelling with British Airways could be offered pre-flight Covid-19 tests, the airline has confirmed.

Britain’s flagship carrier is contending with the global slump in air travel demand, which is not expected to rebound to pre-Covid levels until 2024. More than 6,000 BA staff have accepted voluntary redundancy and thousands more could face compulsory layoffs.

The UK’s introduction of a blanket 14-day quarantine for arrivals on June 8 further hampered demand and, while the creation of travel corridors has made some international trips more feasible, there are just 26 countries which Britons can travel to without restriction.

Many destinations that have reopened to tourism require visitors to present a negative Covid test on arrival, often at the traveller’s cost, and by providing customers with the option of a Covid test through a third party – Boots has been mooted – BA could boost passenger numbers. Dubai, for example, requires passengers produce evidence of a negative test on arrival.

“We are currently discussing the possibility of helping our customers access pre-flight testing through third parties if their destination requires this, but no plans have been finalised. We will share more in due course,” said a BA spokesperson.

“We are doing everything we can to make travel as safe and stress-free as possible for our customers in these unprecedented times,” they added.

Emirates claimed to be the world’s first airline to offer pre-flight Covid tests back in April. The Dubai state-owned carrier worked with the Dubai health authority to run tests with results delivered in 10 minutes.

Both Emirates and Etihad have since made pre-flight Covid tests mandatory for every passenger; BA does not plan to follow suit.

“British Airways is not making pre-flight testing mandatory for all customers,” it said.

A possible partnership with Boots was reported by the God Save the Points website. “Sources within British Airways, with direct knowledge of the matter, suggest British Airways will partner with Boots Pharmacy to offer Covid-19 testing at a considerable number of UK locations for both passengers and crew,” it claimed.

As it stands, Britons who have symptoms can get a free Covid test through the NHS. Those without symptoms who are due to travel – and with many destinations requiring a negative test taken fewer than 72 hours of arrival, time is of the essence – there are online and in-clinic testing options. However, these can be pricey; the Harley Street Clinic in London, for example, offers tests for £250.

The British Government has yet to approve Covid testing as an alternative to quarantine. “It’s not the case that you can simply test somebody and be sure that they don’t have the disease. It can incubate over a period of time so there’s not a silver bullet of just testing immediately at the border,” said culture secretary Oliver Dowden.

WeChat is a lifeline for the Chinese diaspora. What happens now that Trump banned it?

Wed Aug 12 , 2020
Cindy Wang’s whole life is on WeChat. Through the Chinese everything app, the 24-year-old shops for clothing and sends photos and audio messages to her grandma and uncle in Guangzhou. It’s how she schedules appointments with her hairstylist and where she found her bao supplier — a local woman who […] 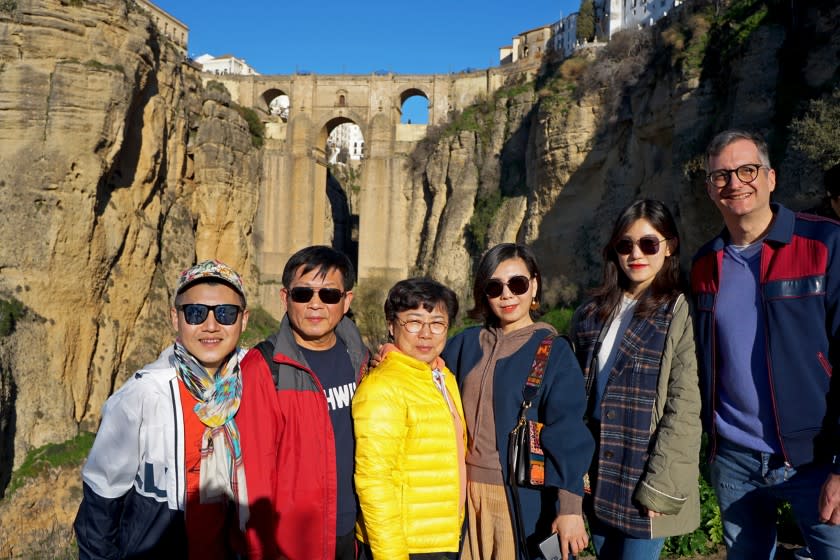