John Lewis is planning to replace its famous promise to match rivals’ prices as its new boss plans radical changes to the business.

“Never knowingly undersold” has become harder to defend as competition from online retailers has become ever tougher.

The slogan has been in place since 1925.

“The proposition is important because it signifies being fair to society. We’re reviewing it to improve it,” Ms White told the Sunday Times.

The department store chain has already announced the closure of eight stores including its flagship Birmingham site which only opened five years ago as it struggles to adapt to the challenges arising from the pandemic. This year between 60% and 70% of John Lewis’s sales are expected to be online, compared to 40% last year.

Even before Covid-19 hit, the chain, which is run as a partnership, had warned it might not pay the usual staff dividend as competition ate into profits.

Ms White told the Sunday Times the chain needed “more inspiration, surprise, fun” and that it would compete by “curating” items in store better. John Lewis would focus less on women’s fashion and get rid of travel and spa services. Instead it would offer more financial, home and garden products, she said.

Ms White said she wanted to reaffirm John Lewis’s reputation as a socially responsible retailer and “shout more” about its values.

For nearly a century John Lewis has promised to refund the difference in price, to any shopper who could find an item cheaper elsewhere within 28 days.

However the commitment has never applied to sales from internet-only retailers, which have lower costs and often undercut the High Street on price.

John Lewis indicated earlier this year it was reviewing the promise. It said “fair value” would still be central to its ethos but “in a more modernised form”; it hopes to have a new slogan in place by October.

“She’s got to correct the course on that. They’ll be out of business if they do that in a world where Amazon change their prices every minute.”

The business is also facing challenges in its Waitrose grocery arm. Next month its long-standing link with delivery service Ocado comes to an end at a time when customers are queuing to sign up for online shopping.

The scale of the overall challenge should not be underestimated, said Ms Shuttleworth.

“It’s the biggest crisis in the history of the partnership… There’s got to be some significant changes to make sure it survives for the future.”

ScriptHop Wants to Change the Way Screenplays Travel in Hollywood

Sun Aug 23 , 2020
Online software platform ScriptHop has introduced an online tool for Hollywood to allow writers to share their screenplays more securely and retain more influence over the overall process of submitting a script. The Packet aims to move away from artificial intelligence and instead get actual people at agencies and studios […] 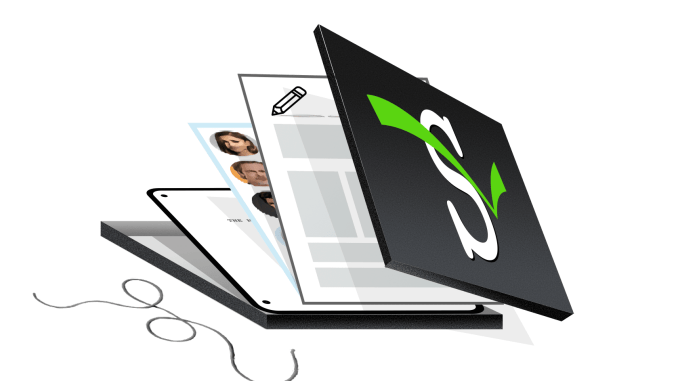