Famed Hollywood actress Cicely Tyson has died at age 96, according to a statement from her manager.

“I have managed Miss Tyson’s career for over 40 years, and each year was a privilege and blessing,” Tyson’s manager Larry Thompson said in a statement to Variety. “Cicely thought of her new memoir as a Christmas tree decorated with all the ornaments of her personal and professional life. Today she placed the last ornament, a Star, on top of the tree.”

Tyson published a memoir, titled “Just as I Am,” at the beginning of 2021. A rare acting icon with a career that spanned more than 70 years, Tyson will be remembered as one of the Hollywood greats.

Cicely Tyson was born in New York City on December 19, 1924. Her parents had immigrated to the United States from Nevis, one of the Leeward Islands in the Caribbean. Tyson’s mother, Theodosia, cleaned houses in the Bronx while her father worked as a carpenter and painter.

“If you’re raised in poverty, you know what it is to want a piece of bread,” Tyson told The New York Times in a 1972 interview. “When I was 9 years old, I was selling shopping bags on the street. I know what it is to be with out. My parents did every thing they could to make things meet, but they were still on welfare.”

After graduating high school, Tyson first worked as a secretary at a Red Cross office in New York City. But one day she quit her job and decided to pursue a modeling career.

But modeling was a short-lived gig for Tyson, too. Soon she decided it was time to pursue acting, and she bounced from a Harlem theater production to a 1961 Off-Broadway show titled “The Blacks.” That production costarred James Earl Jones (“Star Wars,” “Coming to America,” “The Lion King”), and Louis Gossett, Jr. (“An Officer and a Gentleman,” “Watchmen”) and more, and led to Tyson’s first acting award: the Vernon Rice Award in 1962.

In both “The Blacks” and her subsequent theater gig, “Moon on a Rainbow Shawl,” Tyson played sex workers. Though the roles were earning her awards, Tyson said no to the next part she was offered that involved prostitution because she didn’t want to be typecast.

In 1963, Tyson was cast as a series regular on a TV show called “East Side, West Side,” where she played a secretary. It was one of the first times a Black actor had landed a regular role on television.

Then came her role in the 1972 movie “Sounder,” in which Tyson played the matriarch in a family of Black sharecroppers. In an interview with the New York Times, Tyson made it clear that she wanted to prioritize roles that showed the full lived experiences of Black Americans.

“Okay, so we have prostitutes and pimps and con men and pushers, the way they show in those movies, but we also have mothers and fathers and doctors and lawyers and teachers and politicians,” Tyson said. “A Black doctor was responsible for the first open heart surgery, and a black guy developed traffic lights, and little is known about that.”

“We have contributed a great deal to this country, but what’s being projected is a very negative image, and not necessarily a projec tion of the truth,” she continued. “I stopped going to see those blaxploitation films … I just couldn’t stand them.”

In that interview, The Times reporter mentions that Oscar buzz had begun for her role in “Sounder.”

“It would be nice,” she says, smiling, “but I’m realistic. If happens, I’ll be very surprised. Hattie McDaniel won for a supporting role in ‘Gone With the Wind,’ but she’s the only Black woman who’s ever won.”

Tyson was indeed nominated for her performance as Rebecca in “Sounder.” But that year Liza Minellelli won best actress for “Cabaret,” and Tyson had to wait until she was 94 years old to receive an honorary Oscar at the 2018 Academy Awards.

In 1974, Tyson landed the role of the title character in “The Autobiography of Miss Jane Pittman,” a TV series based on the novel by Ernest J. Gains. She won two Emmy Awards for her performance, and was just getting started.

Tyson’s status as Hollywood legend grew as her career continued with 1977’s ‘Roots,’ and eventually modern TV dramas like ‘How to Get Away with Murder’

Tyson had a supporting role as Binta in the groundbreaking 1977 television miniseries “Roots.” The series was nominated for 37 total Emmys and won nine. “Roots” was also awarded a Peabody award and still holds a record for one of the most-watched series finale in TV history.

Tyson herself won another Emmy for her performance in the TV movie “Oldest Living Confederate Widow Tells All,” which premiered in 1994. Her film credits included “Fried Green Tomatoes” (1991) and “The Help” (2011).

But the 2010s, Tyson still had a prolific acting career. She appeared in Netflix’s first major drama series, “House of Cards,” as well as the Shonda Rhimes-created ABC show “How to Get Away With Murder,” a guest role for which she was Emmy-nominated five more times.

In 2015, Tyson became a Kennedy Center honoree. The next year, former President Barack Obama awarded her the Presidential Medal of Freedom.

“In her long and extraordinary career, Cicely Tyson has not only succeeded as an actor, she has shaped the course of history,” Obama said at the ceremony.

Tyson published her memoir just days before her death

Tyson’s memoir, “Just as I Am,” was published on January 26, 2021, just two days before she died. In the book, Tyson discussed her marriage to jazz legend Miles Davis. She spoke with the revelations about that relationship and its tumults, in a January interview with The New York Times.

“I got to know the soul of a man who is as gentle as a lamb,” Tyson said. “He covered it up with this ruthless attitude because he was so shy. Shy, you hear me? And in trying to be the kind of tough person that people thought he was, he ruined his life.”

Tyson was also asked, given her age and the memoir’s publication, whether death was something that scared her.

“I’m not scared of death,” Tyson said. “I don’t know what it is. How could I be afraid of something I don’t know anything about?”

“I take it a day at a time […] and I’m grateful for every day that God gives me,” Tyson continued.

Tyson’s memoir is available online and in bookstores now. 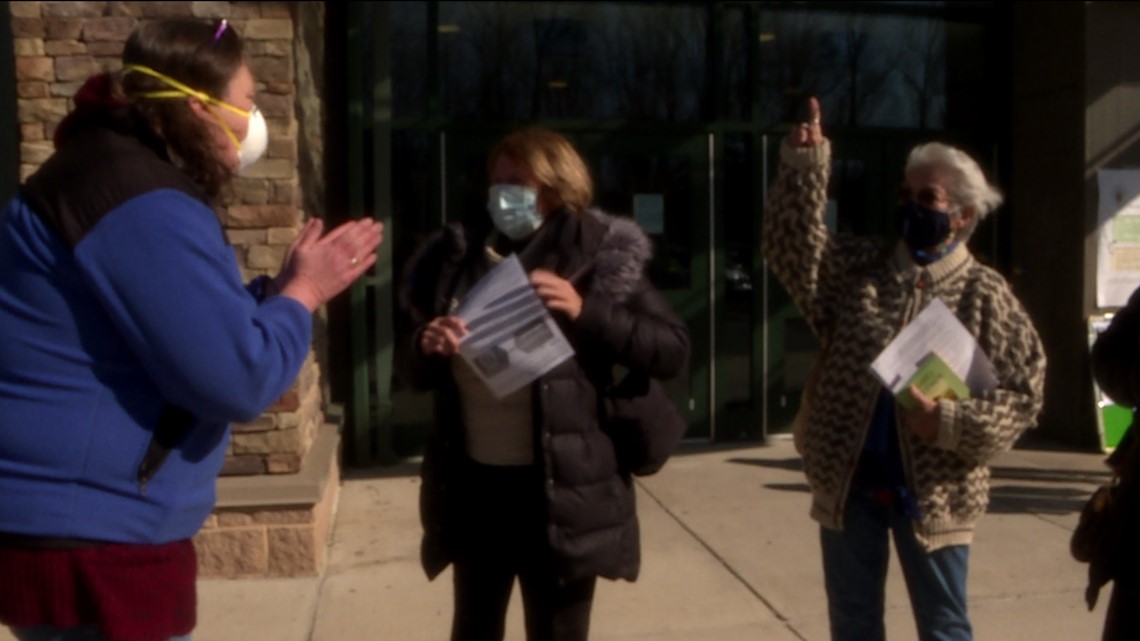