Face it: Despite the gripes from the rest of the country, Americans love New York like an ultra cool and glamorous older sibling. It is the most visited tourist destination in the United States, bringing in around 67 million tourists last year. That’s more than 40 times the actual population of Manhattan, the primary tourist destination. The beloved city is suffering right now, and tourism is non-existent. That doesn’t mean you have to miss out on all that the city has to offer, though. You can set yourself up for a weekend in New York via the internet that can cost you nothing — although for a little more, you can really indulge from the comfort of your sofa.

Related: 31 Historic Places Across America That You Can Tour Virtually

Take a Stroll Through Central Park

Central Park is more than the lungs of a city; it’s also its heart. So it’s not surprising that for a city with so many different kinds of people, Frederick Law Olmsted designed a park of varying uses and vistas. A virtual guided tour will take you from John Lennon’s “Imagine” memorial to the iconic Bethesda Fountain and lesser-known spots such as rustic Wagner Cove, a shady inlet of Central Park Lake.

Related: 33 Idyllic Parks That Bring Nature to the City

Facing Central Park, the American Museum of Natural History is a favorite of families and stuffed animal fans. The museum offers virtual tours including guided tours on Facebook Live and behind-the-scenes peeks at its famous dioramas.

Related: Circus World and Other Weird Museums Across America and Beyond

Catch a Show on Broadway

For many, a trip to New York involves frequent visits to the discount ticket booth and a parade of theater performances. You can watch a play or musical anytime of day at streaming service BroadwayHD, which offers a seven-day free trial. If you’re the type of person who means to cancel but forgets, it’s safer to look to YouTube — it has plenty of theater to discover, including the final Broadway performance of that very New York musical, “Rent,” with the original cast and its closing number.

Watch a Special Performance of ‘Hamilton’

One of the biggest shows to hit Broadway in a while, ‘Hamilton’ was a tough ticket to grab even in the best of times. But now you can enjoy select songs from the hugely popular musical performed by the cast (without having to peer down from the cheap seats). PBS melded scenes from the musical, interviews with the creator, and history of the man himself in its show “Hamilton’s America,” which you can watch in segments from PBS’ Great Performances via YouTube.

The Metropolitan Museum of Art is the largest museum in the United States, and while a day walking in its stately halls can be transporting, it can be exhausting for the mind and feet. Fortunately, the museum has put much of its permanent collection online, including a trove of great works that are in the public domain and can be downloaded, altered, and shared to the arts content.

New York isn’t just the financial capital of the United States; it was the first political capital of the United States as well, following the ratification of the Constitution. Many of these landmarks still stand, including Federal Hall, where George Washington took his oath of office, and the Bank of New York, founded by Alexander Hamilton and today housing the Museum of Finance. Enjoy a virtual walking tour by historian Cindy Lobel at Google Arts and Culture.

New York abounds with some of the finest chefs and bakers in the world. Some of them are offering their skills online, so you can learn how to make a Spanish tortilla or paella under the guidance of Jonah Miller of Huertas. On Instagram, join Christina Tosi, of the creative dessert restaurant Milk Bar, for her daily baking club, or order the restaurant’s desserts delivered.

Make Cocktails with Some of the City’s Best Mixologists

New York cocktails are intricate creations, and their price tags — you’d reasonably expect to pay around $16 for one — reflect their artistry. Save some money and do it yourself with a virtual class led by the mixologists at Liquid Lab. Like in New York, you won’t have to drive afterward.

Some say it’s the water dripping through Manhattan’s schist that makes New York bagels the world’s best. But whether or not you believe that, you can still enjoy some of the city’s most famous bagels shipped right to your door from the legendary Ess-a-Bagel. What’s a bagel without schmear and lox, though? Russ & Daughters on the Lower East Side has you covered with all the classic bagel trimmings, including slabs of lox, sable, and whitefish. All of that and more can be shipped to your home.

Related: 34 Beloved Local Eats That Can Be Shipped to Your Doorstep

Learn About New York’s Immigrant Experience at the Tenement Museum

While on the Lower East Side, explore New York’s historic immigrant communities. Start in Little Italy, where the San Gennaro Festival brings Italians from all over for one of the great outdoor street fairs (and its sausage and peppers) each September. From there, it’s just a few blocks to the Lower East Side Tenement Museum, a homespun affair that lets you peek into recreated rooms of Jewish and Italian families.

Related: The 40 Best Places in America to Travel Back in Time

Hop on the Subway

Loved for the way it brings people of all walks together and loathed for its delays and repairs, the subway lets you know that you’re not in any other city. Listen to the screech of metal and the chunk-chunk of moving trains, and glance around at some timeworn station architecture. DJ Hammers’ YouTube channel is full of subway videos, classic and current.

Listen to the Sounds of the City

The subway isn’t the only source of noise in New York — it’s a city of sounds, and the New York Public Library, beloved for its reading room and its protective stone lions, has put together a playlist of New York audio. Pop on the headphones and immerse yourself in the sounds of a Midtown rush hour or a walk in the park.

Continue your plunge into New York history by hopping a virtual subway out to Brooklyn’s historic Coney Island to enjoy the old-school, oceanside amusements at Luna Park. Take a virtual stroll along the iconic boardwalk and enjoy the sights and sounds of this classic New York destination. And while there’s nothing like eating a New York city hot dog while exploring Coney Island in person, you can recreate the experience at home by picking up a pack of Nathan’s Famous dogs in your grocery freezer section, straight out of Brooklyn.

No visit to Coney Island is complete without a ride on the Cyclone, one of the oldest roller coasters in the country (built in 1927) and probably its most famous. While some visitors might be hesitant to take a spin on one of the last creaky wooden roller coasters, thankfully Theme Park Review offers a first-person video of the coaster that you can enjoy from the comfort (and stability) of your couch. You may just want to wait on eating those Nathan’s Famous hot dogs before the (virtual) ride.

Related: 25 Amusement Parks: Then and Now

Skip the Line at Katz’s Deli

Back in Manhattan, the cavernous Katz’s Delicatessen has meant a certain slice of New York realism since long before Rob Reiner’s mother croaked, “I’ll have what she’s having” in “When Harry Met Sally.” You can’t watch the meat carvers or pay at the checkout online, but you can have some of the world’s best pastrami delivered to your doorstep from their website.

If you’re still looking to carry the sounds of New York with you throughout the rest of your week, pick a musical theme for each day and you’re bound to find a soundtrack that was inspired by the city. Friday can be ’70s punk rock and new wave, such as The Ramones, Talking Heads, Blondie, and Television. Saturday can be Broadway musicals, such as “Rent,” “On the Town,” and “West Side Story.” Sunday can be old-school jazz, such as Ella Fitzgerald, Frank Sinatra, Louis Prima, and Cab Calloway. When you need a break, get in your car and honk the horn for 15 minutes straight.

Wed Jul 8 , 2020
A Hampton Inn employee has been fired after calling the police on a Black family using the hotel’s swimming pool in Williamston, North Carolina. “Hampton by Hilton has zero tolerance for racism or discrimination of any kind. On Saturday, we were alerted to an online video of a guest incident at one of our […] 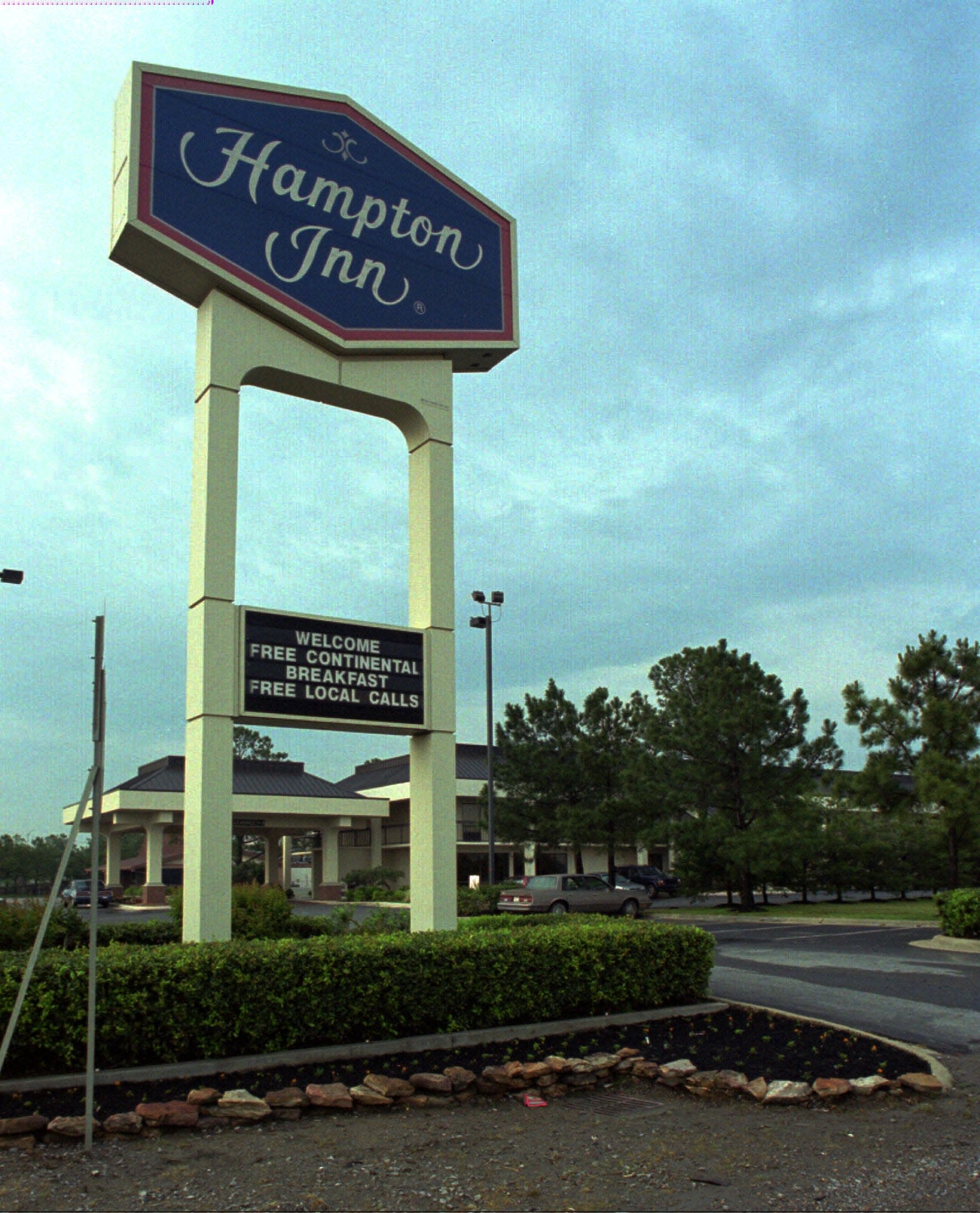