Arden Pala wrote his first book when he was 8.

Now at 11, he just published his third book, titled “The Adventures of Noah’s Flying Car Through Mexico.”

The book is part of a series that celebrates diversity as it explores different countries around the world — the beauty of the land, historic places and the food as experienced by several kids traveling in a flying car. Not a bad way to travel during the pandemic, although the series started several years before.

The book, which raises money for the San Diego COVID-19 Community Response Fund, takes readers on an adventure swimming with dolphins in Cabo San Lucas and whale watching in Todos Santos on the way to the ancient pyramids of Chichen Itza where the kids explore a Mayan temple.

At each place they visit, from the nearly 500-year-old Our Lady of Guadalupe Church to the Frida Kahlo Museum, they learn “fun facts.” Their goal is to reach the mountainous forests 100 miles north of Mexico City, where millions of butterflies spend winter.

“I want kids to have a fun time when they read my book. I also want kids to learn about different cultures and food,” said Arden, a sixth-grader at Francis Parker School in San Diego.

The way Arden figures it, if he shows different places in the world where kids’ families come from, they can make a connection with those places and understand a little more about the kids who come from there.

“I wrote the books to show that it’s OK to be different,” said Arden who lives in Rancho Bernardo.

“Arden comes from an immigrant culture himself — Turkish American — and cultural differences and accepting each other with our differences, no matter where we come from, is something we discuss very often at home,” said Arden’s mother, Zeynep Ilgaz.

The main message Arden wants to get across is that folks are all different in various ways — maybe culturally or in beliefs, religions and background and other aspects. But the uniqueness of each person should be celebrated and that ultimately brings people together. In the process, they’ll probably also find they have a lot in common.

“Arden is different in many ways too and in the past was bullied for some of them in elementary school so he knows how it feels and that it hurts. I think this is what inspired him the most to start writing the books,” Ilgaz said.

The 24-page children’s book with illustrations by Pavel Goldaev includes descriptions of Arden’s travels through the eyes of a young boy and his friends.

Arden includes details about the food the kids were eating on their trip, like tacos with guacamole and enchiladas mineras with fried potatoes and carrots.

“I want to explain about a country in a short, fun way, so kids get to experience how exciting and cool it is,” said Arden.

For example, Arden describes the excitement of a river rafting ride on the La Carbonara River: “We were lifted into the sky until gravity brought us back. Water splashed over us and we rocked back and forth. It felt like we would tip over at any moment.”

When Arden travels with his family, he brings along a notebook and writes down impressions, which he uses in his books.

Every day during the summer he wrote a piece of the book, and then went back and sometimes changed or rewrote parts. The bulk of his time was spent on researching online to make sure all the facts in the books were correct.

Arden made sacrifices in his playtime to work on the books, especially for the first two. This past summer he was home more because of the pandemic and had more time.

“Arden loves performing arts and writing. This is something he liked since he was in first grade,” Ilgaz said.

Arden also got some help from his teachers. For his first one, for example, his drama teacher, Letty Robinson, provided feedback and input as he wrote it.

For the last one, Melissa Ferro, his English tutor, provided guidance and support as well as many of his teachers at Francis Parker. James Vasquez, the director of “How the Grinch Stole Christmas” at the Old Globe, was a huge inspiration and support. Vasquez wrote the foreword of Arden’s latest book.

Arden performed for two seasons in “How the Grinch Stole Christmas” at the Old Globe and has acted in theatrical productions throughout the county since he was 6. He recently was awarded “Best Child Actor” by the Los Angeles Film Awards for his role as Tahz in a short independent movie, “Tahz.”

“I’m impressed and I’m inspired by Arden — by his creativity, his imagination, his passion — but mostly with his social awareness and his desire to use his super powers for good,” Vasquez wrote in the foreword.

Arden recently performed with several local young actors in a YouTube video, “Superpowers for Good,” directed by Vasquez, that is about embracing differences. (Visit https://www.youtube.com/watch?v=IY91ykOcYjE)

Getting involved in projects to help the community is part of Arden’s way of life. He volunteers at his 16-year-old brother Kenan’s nonprofit Kids4Community, which organizes community volunteer projects for kids to participate in — anything from making sandwiches for the homeless and putting together hygiene kits to serving dinner at shelters and running food drives. The nonprofit donated 10,000 masks to Interfaith Community Services, the San Diego Food Bank and local schools when the pandemic first hit.

“I’m so impressed with Arden’s sensitivity and commitment to make the lives of others better. We need more of that,” said Robinson, Lower School dean of special programs and drama teacher at Francis Parker School.

Arden decided he wanted the proceeds from his book sales to help community members in need. Arden’s first and second book sold more than 7,500 copies with proceeds from the first book donated to Interfaith Community Services, and the second to local animal shelters, including Helen Woodward Animal Center. Proceeds from this book are earmarked for the San Diego COVID-19 Community Response Fund.

“Arden’s artistic brain is one that just naturally includes others. That, combined with his drive and passion, he’s on the path to change the world for good,” Vasquez said.

Thu Nov 5 , 2020
(CNN) —   As the time we spend online continues to increase — especially as remote work has become the norm — it’s even more important than ever for people to protect all the personal data they store across the internet. That’s where a VPN comes in. A VPN, or […] 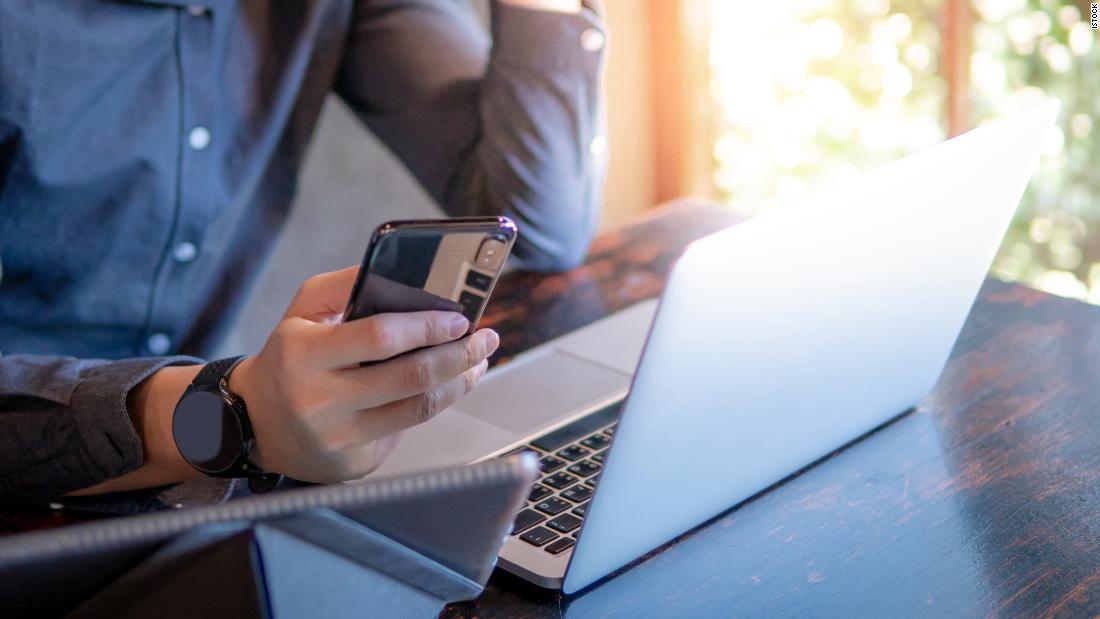