In early July, the Walt Disney Company reopened parts of two amusement parks: Disney World near Orlando, Florida, and Disneyland in Anaheim, California. The former reopened to house the tightly controlled 13-week experiment known as the NBA Bubble, in which staff, players, coaches, and personnel adhered to strict social distancing guidelines and isolation requirements, paired with regular on-site testing. The latter welcomed back its workers with less grandeur, opening up a sprawling outdoor shopping district called Downtown Disney, with a select staff of several hundred.

Though they reopened within days of each other, the two parks worked with wildly different resources. Unlike the Bubble, the Downtown Disney district had no on-site testing. In a letter to the unions in June, Disney Labor Relations Director Bill Pace called testing “not viable” and prone to “false negatives,” in spite of the fact that it has been implemented in Orlando. Likewise, the district did not contain its visitors, but allowed streams of thousands to pass in and out of the area with little more than a temperature check. But the most alarming difference, cast members told The Daily Beast, involved the district’s shadowy contact tracing.

Four sources familiar with the matter told The Daily Beast that Disney has kept the total number of positive cases at the district under wraps, alerting unions only to the positive test results of their members—often days after the fact, risking further exposure—and leaving workers to guess for themselves why colleagues disappeared for days at a time, or why 11 people from the 12-person Horticulture Irrigation team didn’t show up to work for a full week.

“We want to know if any cast members have tested positive. But Disney has taken the position that they’re only going to tell us if our cast members do,” said Matt Bell, a spokesperson for UFCW Local 324, one of a dozen unions representing workers, or “cast members,” at Disneyland. “What is supposed to happen is contact tracing—find out who was exposed and quarantine them as well. I can’t confirm that they’ve done that.”

“Basically all of our COVID information has come from word of mouth,” said Alicia*, the spouse of a cast member whose contract prohibits them from speaking to the press, “co-workers texting each other, co-workers talking to each other, and things that my [spouse] has seen on the job. None of this is from any of the managers. Disney management is not really officially acknowledging that any of this is happening.”

Disney did not respond to more than eight requests for comment.

Matt*, who requested anonymity out of fear for his job, has worked at Disney for four years as a plumber. Back in March, he was furloughed with the vast majority of Disney’s workers, cashing out vacation days to make ends meet. When Disney recalled workers to reopen parts of the park in late June, Matt was not too concerned. He worked outside mostly, often alone. The job already required wearing a mask and latex gloves, because of the pesticides in Disney’s soil. “It looks pretty,” he said, “but it’s a bunch of chemicals.”

The first week back, two sources familiar with the situation told The Daily Beast, one gardener went home sick. He had come back to work, only to find—after getting tested on his own time—that he had caught the virus from a relative. Two sources told The Daily Beast that Disney did not confirm the positive case until the following Monday, letting a week lapse before his co-workers knew they may have been exposed. Representatives for the workers’ union, LIUNA Local 652, did not respond to requests for comment.

Alicia did not have faith in Disney’s ability to pull off a safe reopening without regular on-site testing, touch-free temperature and bag checks, and a strict contact-tracing protocol—especially in a moment when Orange County was seeing a spike in positive cases. On July 8, 10 days after the cast members returned to work and one day before the district opened, she wrote messages to both the City of Anaheim and California Governor Gavin Newsom, flagging the danger on behalf of several cast members. “Unknowingly, [the cast members were] working next to an employee who was exposed to COVID-19,” she wrote. “Although the Union urged him to not return, he still worked his entire shift, thus exposing ALL of [them].”

“NO ONE,” she concluded, “‘needs’ to ride Dumbo during a plague!”

The governor never got back, but the City of Anaheim responded. “We’re sorry to hear of what you shared,” they wrote, according to messages reviewed by The Daily Beast. The next day, however, the city posted on its Facebook page about Downtown Disney, celebrating the district’s reopening “in a safe and responsible way.” Downtown Disney, they noted, is “a major generator of sales tax revenue.”

“We understand the concerns of anyone working or going back to work,” Chief Communications Officer for the City of Anaheim Mike Lyster told The Daily Beast. “But we are unaware of any concerns at Downtown Disney.”

From there, Alicia said, more workers began to disappear. In an extensive thread of text messages sent between late July and mid August, all of which were reviewed by The Daily Beast, three workers discussed positive cases on the Horticulture Irrigation team and their fear of going into work.

On July 23, one worker told another about two sick members of their team, one of whom tested positive, the other of whom was waiting on test results. The other worker responded with word that two machinists and a roofer on another team had also gone home sick. The following day, they discussed a third gardener who had gone home ill. On July 26, one cast member, Wilson (not his real name) confided that he had tested positive for COVID himself; his wife would get the same result four days later.

By July 27, according to the messages, six of the 12 members of their team were home sick or isolating. By July 29, that number had grown to nine.

On Aug. 2, Wilson alleged in a text message that just five days after he tested positive for COVID-19, Disney had cleared him to return to work. At this point, Wilson claimed he had not isolated the recommended 14 days, nor received a negative test result. Nevertheless, he wrote, he returned to work on Aug. 3. The following day, according to the text messages, two more members of the 12-person team had reportedly gone home, leaving just Wilson and one other worker.

Throughout this time, fear was escalating among the workforce. On behalf of her spouse, Alicia sent five messages to Governor Newsom’s office, to all of his social media accounts, and through his online comment portal.

“In addition to [Disney’s] unscrupulous suppression of their Covid-19 case numbers, they have ‘highly encouraged/recommended’ employees to not anger ANY customer in Downtown Disney,” Alicia wrote. “Regardless of the new safety rules, so long as the customer is wearing a mask, [cast members] are discouraged from ‘ruffling feathers,’ meaning social distancing enforcement has become fairly scattershot at best.”

Her messages were not returned. Meanwhile, Matt worried about testing among his co-workers. Many of them did not have time to wait in long lines for free tests or those covered by their insurance. One co-worker, according to text messages, reported paying $200 out of pocket to receive a rapid test.

Communication about outbreaks was unclear, even for high-ranking members of unions. No one across 11 unions contacted by The Daily Beast could confirm the total number of COVID-19 cases among the workforce.

The Disney Fantasy Is Dead.

Bell, the representative for UFCW, said Disney had reported just two positive cases among their membership—one on July 17, another on Aug. 5—but did not provide details on whom they might have exposed.

“We’ve heard from other members in the coalition that there have been outbreaks in Downtown Disney,” said Chris Duarte, of Workers United Local 50, a member of the Coalition of Resort Labor Unions. “I don’t know a lot of the details about where they work and what they do. But we have heard from our other partners that they have had some people working in Downtown Disney contract the disease.”

“Sure, a couple people have tested positive that we know about,” said Anthony Novello, the president of the pipefitters’ union, Local 582. “I know there’s two or three guys that were in one unit, and one of them got it and the other two were told to stay home… But they haven’t told us there’s this many cases inside the park.”

Novello said he would look into the total case number at Downtown Disney and let me know. Two days later, he followed up with a new response: No comment.

Mon Sep 7 , 2020
This has been a Venice like no other. The world’s first COVID-era festival is taking place amid a slew of health and safety protocols and has had to adjust expectations accordingly. But the mere fact the event is going ahead is a marvel. The event is showcasing a blend of […] 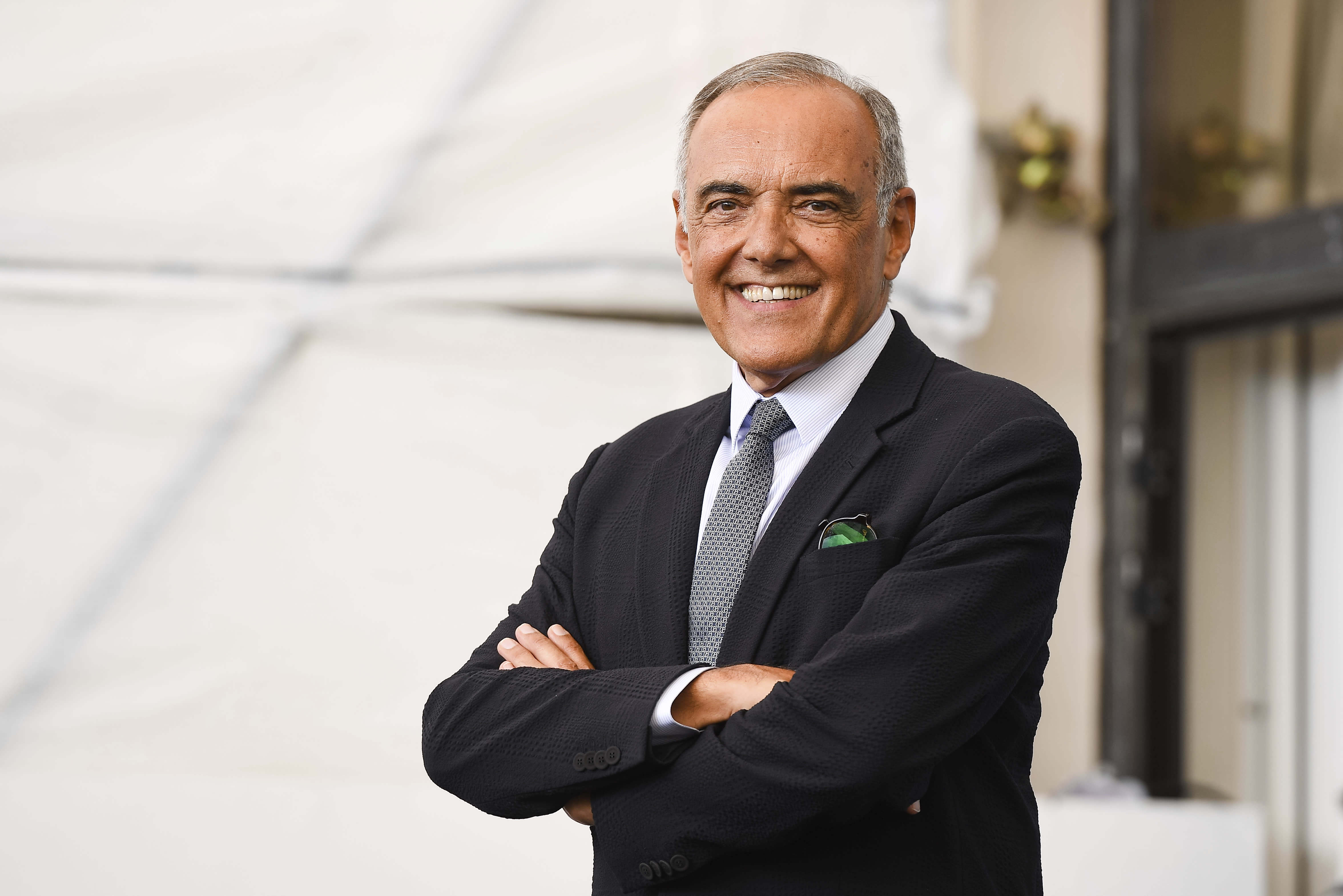