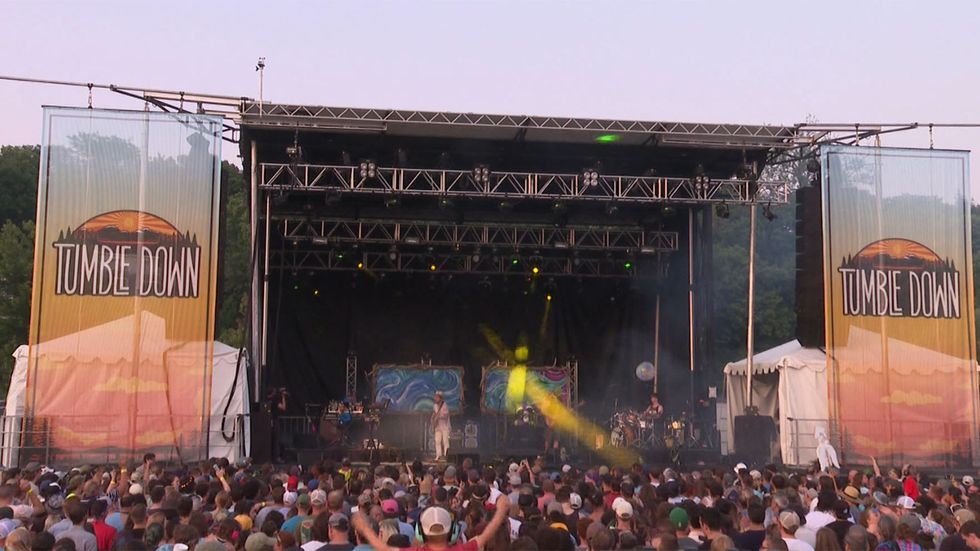 BURLINGTON, Vt. (WCAX) – Gov. Phil Scott says he hopes Vermont can return to normal by July 4. But big events and concerts take months of planning. So is there still enough time to line some up for this spring and summer?

Current guidelines only allow up to two unvaccinated people or households to gather at one time. A concert or festival could never meet that standard. But with neighboring states scheduling concerts and events and the vaccine rate rising, there is hope Vermont could change its tune.

After a year of canceled tour dates and online streams, Vermont-based artist Kat Wright is ready to get back on stage.

“There is no comparison to like being with people,” Wright said.

As more vaccines are getting into Vermonters’ arms, the state is relaxing some guidelines. But it’s slowgoing and large gatherings and events are still not allowed.

“In Vermont, we don’t have those guidelines yet. So, the people who put on events– it’s not safe for them to do that yet,” Wright said.

“Concerts in Vermont are still in a state of suspended animation,” said Alex Crothers, who owns Higher Ground.

Crothers says the state has been slow-moving to work on alternative concert venue setups.

Last year, we saw drive-in concerts to keep the music going but currently, every neighboring state has outdoor concerts scheduled for the spring with socially distanced setups.

And with no regulations announced or expected, Vermont is being left out.

“We have been kind of slow and cautious to turn things back on to get some of these alternative setups approved. We are going to pay the price for moving slowly there,” Crothers said.

“There is a lot of optimism and we are getting a lot of calls for Battery Park, Waterfront Park, for groups interested in putting on events for Burlington,” said Cindi Wight, the director of Burlington Parks, Recreation and Waterfront.

Wight says that those canceled events from last year that call the waterfront home every summer, like food events and concerts, are preparing to come back with some safety modifications.

“Pretty much all of the events that had been planned in previous years have all put in their applications and are excited to come back,” Wight said.

“We are cautiously optimistic that the fair will be able to occur. It might not be the same exact one that you are used to, we are going to have to take some precautions,” said Jeffrey Bartley of the Champlain Valley Expo.

Higher Ground is hoping to book gigs for sooner than that.

“I’m still hopeful we will be able to pull a handful of shows off this summer,” Crothers said. “Even with such late notice.”

Which is music to the ears of artists like Wright who is planning to make up for lost time in Vermont.

“In lieu of being able to tour, I want to do a residency here this summer,” she said.

Wright tells me she has new music coming out this Friday and is excited to hopefully get a chance to perform it this summer.

As for the guidelines on gatherings and events, we’re told there could be an announcement from the state in the next few weeks.