The 2021 INDYCAR schedule released Thursday morning looks largely the same as the 2020 version before the onset of the pandemic: 17 races total, 14 of the 17 identical races in that bunch and 12 of those within a week of where they were set to be this year.

But of those changes that do exist, nearly every one is major and has large swaths of series fans up in arms. It’s not quite “NASCAR pouring dirt across a half-mile Bristol track to create a dirt race” wild, but it’s fair to say next year’s calendar has some notable differences  — some simply the product of circumstance and others set to be semi-permanent.

Here are my five biggest takeaways on what next season has in-store.

Where did all the ovals go?

It was by far the loudest cry echoing across INDYCAR Twitter on Thursday morning: Why, in a series that was once the oval-only Indy Racing League, are there only four oval races at three tracks in 2020? It is only a one-race drop from what was planned for 2020 originally, but for some reason, this one-race scale back feels bigger. INDYCAR ran five or six oval races from 2012-2020, but never with any doubleheaders, so when you had that number of oval races, you had that many different tracks.

Now, with the loss of Richmond, which was set to return to the series schedule this year but never made it off the ground, and Iowa – both of which we’ll get to more later – coupled with a Texas doubleheader, the news just seems more drastic.

But as loud as the passionate, oval-crazed fans on Twitter are, they haven’t shown up in droves at the tracks they wish to save. This isn’t some anti-oval crusade from series officials. If the money made sense, you bet INDYCAR would be visiting more than three oval tracks next year. But street circuits like Long Beach and St. Pete draw 150,000-200,000 fans over a three-day weekend, and road courses such as Mid-Ohio and Road America, among others, are world-class. Neither fact can be said about the likes of Chicagoland, Kentucky, Milwaukee, or any of the other midwest ovals that INDYCAR has abandoned over the past decade.

You also have to consider this schedule was put together still in the midst of a pandemic. New tracks require ample testing to get the tire specs honed in, and that’s not a simple thing in today’s climate. This isn’t to say INDYCAR won’t, or doesn’t want to, add another oval track or two in the coming years as Roger Penske puts his finishing touches on his vision of the series schedule. It’s safe to assume we can expect some more changes for 2022, and don’t be surprised to see that oval race count take a jump.

What happened to Richmond, Iowa and Circuit of the Americas?

As celebrated as INDYCAR’s three additions to the 2021 calendar (Nashville, the Texas doubleheader and the NASCAR/INDYCAR doubleheader at IMS) might be, the spots had to come from somewhere. The victims? One of the series’ longtime ovals (Iowa), another oval that never got off the ground (Richmond) and a world-renowned track in Circuit of the Americas.

The first two were lost after a mutual decision from INDYCAR and NASCAR, which owns the tracks. When it came down to it, it just didn’t make financial sense for the promoters to run the races, and both sides agreed to move on. Additionally, INDYCAR was able to make up at least one oval with help from Texas. Iowa, in particular, is currently being shopped around by NASCAR – INDYCAR had to rent the track and essentially play promoter to get the doubleheader weekend off the ground this year. A hot rumor picked up some traction in late-July that Penske might buy the track to try to save it and keep in on the schedule, but in this economic climate, that just doesn’t make sense.

COTA was a slightly different circumstance. The track, said for some time to be on shaky financial ground and only surviving with the boost of being able to host an annual Formula 1 race, had to lease out the track to Speedway Motorsports for the new NASCAR race that will run there May 23 next year. With INDYCAR adding three new races and wanting to stay at 17 for 2021, and with Texas Motor Speedway having to move to the start of May to accommodate hosting NASCAR’s All-Star race in mid-June, COTA ended up essentially getting pinched out of the schedule.

A breather following the Indy 500

INDYCAR beat writers, crew, drivers and series officials rejoice: the Detroit Grand Prix doubleheader does come back to the calendar in 2021, but with an extra week following the Indy 500. For the past several years, one of the most grueling weeks of the season fell directly after the biggest and busiest one.

Drivers would finish up Indy 500 qualifying, then be whisked away on a sometimes nationwide media tour, then come back to Speedway for Carb Day, Legends Day and, of course, race day. Then, not long after sending their tuxes to the dry cleaners after the Victory Banquet, they would have been off to Michigan for two more races in less than a week.

For the first time, the Detroit Grand Prix has expanded to two weekends, with IMSA’s WeatherTech SportsCar Championship roaring up and down the roads of Belle Isle June 4-5.

After next year’s season-opener at St. Pete March 7, INDYCAR will go five full weeks before its second race of the year at Barber, starting a run of six races over eight weekends – not including Indy 500 qualifying weekend. It’s a long, disappointing gap: just about every track on INDYCAR’s schedule has its somewhat fixed position on the schedule, and when Easter bumps Barber to the second weekend of April and the series and race promoters land on the earliest season-opener since the Feb. 29 start at Homestead in 2004, it can create one of those abnormal gaps fans hate.

If you’re INDYCAR, you likely worry a little about losing momentum after all the promotion and marketing you put into your season-opener on NBC. But with 15 race weekends stretched across seven months, it’s bound to happen somewhere. Luckily, we only have two other gaps on the slate of more than two weeks, including a four-week one to accommodate the 2021 Summer Olympics. Five separate times during the year, the series features consecutive stretches of race weekends, including a back-to-back-to-back at Nashville (Aug. 8), the IMS road course (Aug. 14) and WWT Raceway (Aug. 21).

IndyStar covers the sports you love

As part of the growth in INDYCAR’s relationship with sole broadcaster NBC, the series will see a bump in its network broadcasts up from eight in 2019 and 2020 (on the provisional 17-race schedule) to nine in 2020. Among the slight changes on the TV schedule, the season-opener at St. Pete, as well as one of the biggest weekends of the year at Long Beach, switch from NBC Sports to NBC.

Through the first 10 non-Indy 500 races this year, INDYCAR’s race broadcasts are trending up 4% on Total Audience Delivery, compared to its first full-year on NBC properties in 2019.

Missing students: Educators are knocking on doors to find them

Thu Oct 1 , 2020
As schools in the U.S. resume this fall mostly online, they are considering how to manage something they used to be able to do more easily: figure out who is missing. Propelled by concerns about students falling behind, some districts used the summer to figure out how to better engage […] 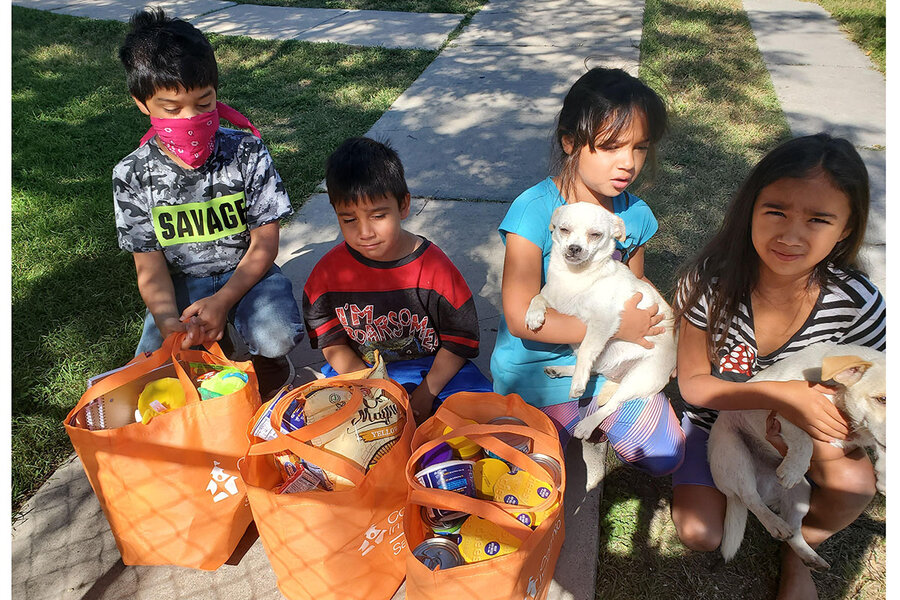