Covid-19 has had an impact on nearly all aspects of life, including people’s work.

The world of work is changing – and some sectors appear to be in a much stronger position than others.

According to the latest jobs market report from employment website CV-Library, the number of job vacancies in the UK fell by 62.7% in the second quarter of 2020.

And for those jobs that are being advertised, competition is stiff, with the average application-to-job ratio rising by 84%.

The report is the latest in a series of snapshots trying to predict – by looking at online job vacancies – where workplace opportunities might be increasing or shrinking.

So, with more people battling it out for jobs, which industries are actually hiring staff? And which face a more uncertain future?

1. IT and digital technology

From software engineers to web developers, to online security specialists, this sector is expanding. Digital skills are required in all industries, from e-commerce to automating processes in factories.

“It is encouraging that we are seeing indications of growth for roles like IT professionals and designers, which will be critical for many firms as they adapt to meet the challenges of a changed market,” says Neil Carberry, chief executive of the Recruitment and Employment Confederation (REC), which monitors the number of active job postings in the UK.

But a word of caution, there is also lots of competition in the sector as Alison’s story here demonstrates.

Since the start of lockdown in March, we have all been shopping a lot more online, and that has seen an increase in people being hired in the sector.

Online giant Amazon has created 15,000 new full and part-time warehouse and delivery driver jobs across the UK in goods fulfilment centres, where orders are processed, and in its logistics network.

Verity Stephens is a member of the Team GB judo squad and an instructor in the sport but saw her job evaporate in lockdown. “I run extra-curricular judo programmes in schools across Leicestershire and Nottinghamshire – teaching about 250 children a week,” she says. “I literally went from having a full schedule to nothing in 24 hours.”

Meanwhile, delivery company Hermes is creating 10,500 jobs, as it looks to hire 1,500 full-time staff across its delivery network and head office, and 9,000 freelance couriers.

With pubs and restaurants having been closed during lockdown we have all been eating at home an awful lot more. And increased demand for groceries has seen “a knock-on in jobs demand”, says Richard Lim, chief executive of analysts Retail Economics.

Between them, supermarkets have taken on more than 50,000 workers during the coronavirus outbreak, and while many have been temporary posts, full-time jobs have been created too.

“The increase in food retail jobs has been in three different areas: in-store – doing things like replenishing shelves, in online order processing in the huge new warehouses that have sprung up, and in logistics taking food deliveries to customers’ doors,” says Mr Lim.

Large goods vehicle (LGV) drivers are in demand, according to the latest REC survey, and this work sector dovetails with many of those mentioned above. (Under UK and European law, the LGV driving licence and HGV licence are the same licence.)

Whether it is taking stock to an Amazon warehouse to be shelved and then put into customer orders, or taking extra deliveries to individual supermarkets, goods are being moved by road.

According to the REC, those who can build vehicles and repair them are also being sought by employers.

The demand comes against a backdrop of warnings in the industry during the past few years that there is an acute shortage of drivers. Last winter, trade body the FTA warned there was a shortage of 59,000 drivers in the country.

Domestic cleaners were hit hard with the imposition of lockdown in March, being prevented from visiting clients’ homes. That caused problems for small firms such as this one run by Louise and Liam Parkinson. But with restrictions easing, the last month has been “a bit of a whirlwind”, says Liam.

“The phone’s not stopped ringing. The one thing we’ve seen is people ringing up wanting to book us because we’re a small family-run business and they want to support local businesses. We’ve had quite a few new customers and have had to employ someone.”

As well as a rise in demand for domestic cleaners, businesses are also hiring again, with recruitment website Indeed now showing more than 10,000 cleaning roles. Recent vacancies listed have included jobs for supermarkets Aldi, Lidl and Iceland, businesses such as Wetherspoons and Ladbrokes, and for places such as holiday cottages and schools.

According to trade body the British Cleaning Council there has been an increase in demand for cleaners in all sectors of the economy, but particularly in the healthcare and hospital sector as the public wants to see visible signs of cleaning.

Anyone paying attention to the news in recent months could not have failed to notice the deluge of High Street retailers announcing job cuts since March.

This week Ted Baker and Marks & Spencer joined that list with hundreds more jobs at risk.

“The general picture around retail jobs is the difference between food and non-food jobs,” says Richard Lim of Retail Economics. “While food retailing has flourished, the non-food sector is in crisis mode as sales and jobs have been obliterated.”

According to the REC, one of the sectors that saw job advertisements contract in mid-July was that of “publicans and managers of licensed premises”.

One London publican who spoke to the BBC, but asked not to be named, said: “Coronavirus is a big issue. A lot of pubs are still shut and a lot of publicans are in limbo because of the furlough scheme, so there is no need to advertise for vacancies as there actually won’t be many.”

He added: “Even in normal times it is very hard to make money in this job, and the hours are very long too, so it might not appear very enticing to those looking for a less-demanding type of work.”

Meanwhile, independent eating and drinking outlets, such as this one in the north west of England, say they have been forced to scale back their businesses due to the coronavirus outbreak.

One sector hit hard by coronavirus has been the UK events sector, that is those firms who put on trade shows, exhibitions and conferences. Such gatherings are still not allowed. Companies such as this one have seen their existence, and staff jobs, threatened by the coronavirus shutdown.

Some 70% of 1,100 trade shows and exhibitions due to run this year have been cancelled, says trade body the Events Industry Alliance. And it warns that could put at risk a quarter of jobs in the sector, some 30,000 posts.

Large gatherings such as the Southampton International Boat Show, originally scheduled for September, have been cancelled, as the organisers still don’t know whether the event would even be allowed by then.

Beauty salons are to fully reopen on 1 August, but the British Beauty Council has warned lockdown has been a struggle for the sector, which employs about 200,000 people.

Council boss Millie Kendall told the BBC: “Starting with the beginning of lockdown, and the applications for grants and loans, and furlough, it has been very challenging for the industry.

“We are probably looking at 11% redundancies across the board in our industry. This is going to affect microbusinesses more than some of the bigger corporations.”

The travel industry has been brought to its knees during the pandemic, with much international travel banned. Even with flying restrictions easing, some countries including the UK have introduced quarantine measures for people returning from certain destinations.

Back in April, British Airways announced 12,000 possible job cuts from its 42,000-strong workforce, with both cabin crew and pilots affected. Easyjet is also cutting 1,300 cabin crew and 727 pilots, while Virgin Atlantic is cutting 3,500 staff.

Meanwhile, Ryanair staff have agreed to take temporary pay cuts in order to keep their jobs.

The future for the industry remains unclear, with IAG, the parent company of British Airways, warning it could take “several years” for air travel to return to 2019 levels.

Thanks to coronavirus, Americans looking at a stay-at-home fall season, survey suggests

Wed Jul 22 , 2020
Most Americans have likely accepted that the coronavirus pandemic will make this fall much different from past years, with most expecting their home to be a place of work and learning when the school year starts. More than 6 out of 10 Americans (61%) said it is likely they will […] 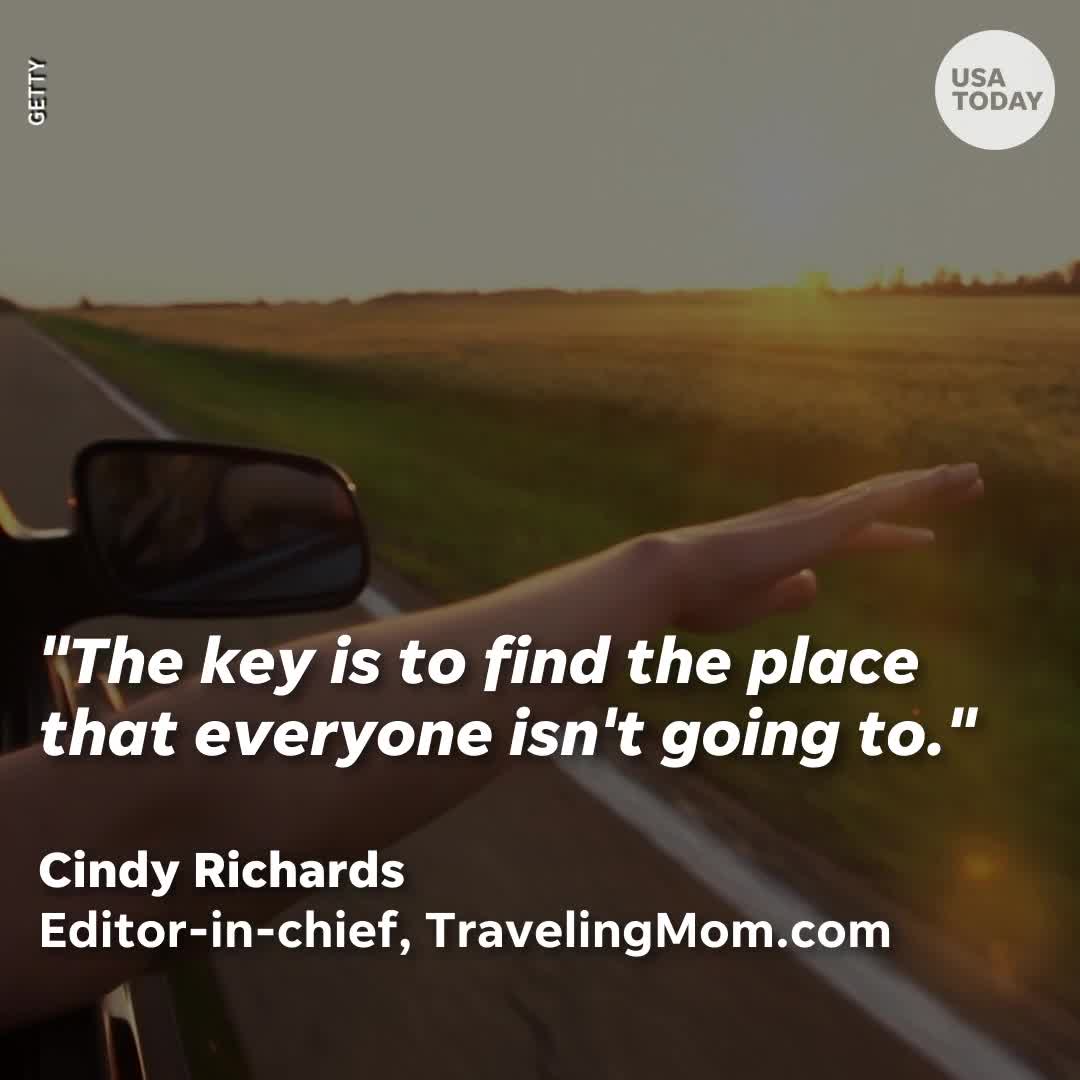