Feb. 18—FAIRMONT — While passing a basketball between a team of kids from different areas of Marion County is not the best activity idea during a pandemic, the Marion County Parks and Recreation Commission has created a new way to teach kids the fundamentals of basketball.

MCPARC normally hosts a K-3 basketball league for kids throughout the county to participate in, but this year will instead provide virtual clinics in partnership with D & C Basketball, a basketball camp and coaching organization based in Marion County.

“Normally, we would hold a winter league for kindergartners through third graders that starts in October and runs until March,” said Rachel Mitchell, assistant director of MCPARC. “We were unable to do that this year due to the pandemic. We weren’t able to go into the schools to use their facilities, understandably so, so we decided to switch it to a virtual format.”

According to Mitchell, the virtual platform allows MCPARC to hit a wider demographic of participants, because the lessons taught by Deon Dobbs and Corey Hines, the co-founders of D & C Basketball, in the videos can be implemented at any level of basketball play. Mitchell said having video clinics also allows the kids who sign up to take the lessons at their own pace.

“Instead of it being a league with a roster and coaches and teams, we decided to do a virtual clinic,” Mitchell said. “It just serves as a recreational and educational tool to use as Marion County in the comfort of their own home and at their own pace.”

D & C stands for “Determination and Creativity,” and Hines said the goal of the organization is to not only teach basketball to young people, but to help them rise to any challenging occasion and overcome it through determination and creativity.

“Our motto is ‘It’s not the mistakes, it’s the adjustments we make,'” said Hines, who is best known locally for his role as head girls’ basketball coach at Fairmont Senior High. “That’s something we want to always emphasize; you’re going to make mistakes, but we don’t want people to quit, we don’t want them to be discouraged.”

Both Hines and Dobbs come from a background of playing and coaching basketball, and Hines said the two were happy to collaborate with MCPARC to help provide the program. Dobbs said he most enjoys the learning process kids go through as they pick up and improve at basketball, and that he hopes the program introduces more kids to the sport.

“A lot of stuff, kids can do in their basement, maybe their driveway and work on that skillset to still get better in their sport,” Dobbs said. “For me, the best part of the enjoyment I have is not always the end result on a kid’s ability, it is just seeing the enjoyment, and giving the kids the information on how to get better.”

Hines said throughout the four clinic videos, he and Dobbs emphasize the fundamentals of playing basketball. Because school basketball leagues are not in season because of the pandemic, Dobbs said now is the time for kids to focus on their own playing skills, and building fundamentals of the game.

“I think this is a good tool that MCPARC and ourselves were able to do for the kids who missed out on the leagues that usually go on,” Dobbs said. “Have those kids who still have an interest can still compete, still get better while they are pretty much idle from their competitive tournaments.”

Hines also said athletic events normally bring people together, and although the virtual basketball clinic is a reminder that that is not possible right now, he hopes the game will bring some enjoyment to kids who are unable to compete.

“Everybody is going through something, especially with this pandemic,” Hines said. “One of the things that brings us together is athletics, and it’s really tough that, in some cases, we can’t really come together like we used to.”

Mitchell, too, said she believes virtual basketball is a creative solution to the group size limits caused by coronavirus guidelines, and she recommends any kid interested in basketball sign up to view the clinics to help them improve at the game. This includes kids from outside of Marion County, she said.

“We opened it up to youth of all ages,” Mitchell said. “Even though it’s not in-person and it’s online, there can be an inherent sense of disconnect there, but I think we’re able to open it up to a larger audience and we may even get viewers from outside the county.”

Thu Feb 18 , 2021
While a sophomore at what was then Chaminade High School, Kambitsch and some friends quit their paper routes in hopes of “making some real money.” His mother said he needed another job, and told him to head to the library. It was Aug. 9, 1972 that the future DML executive […] 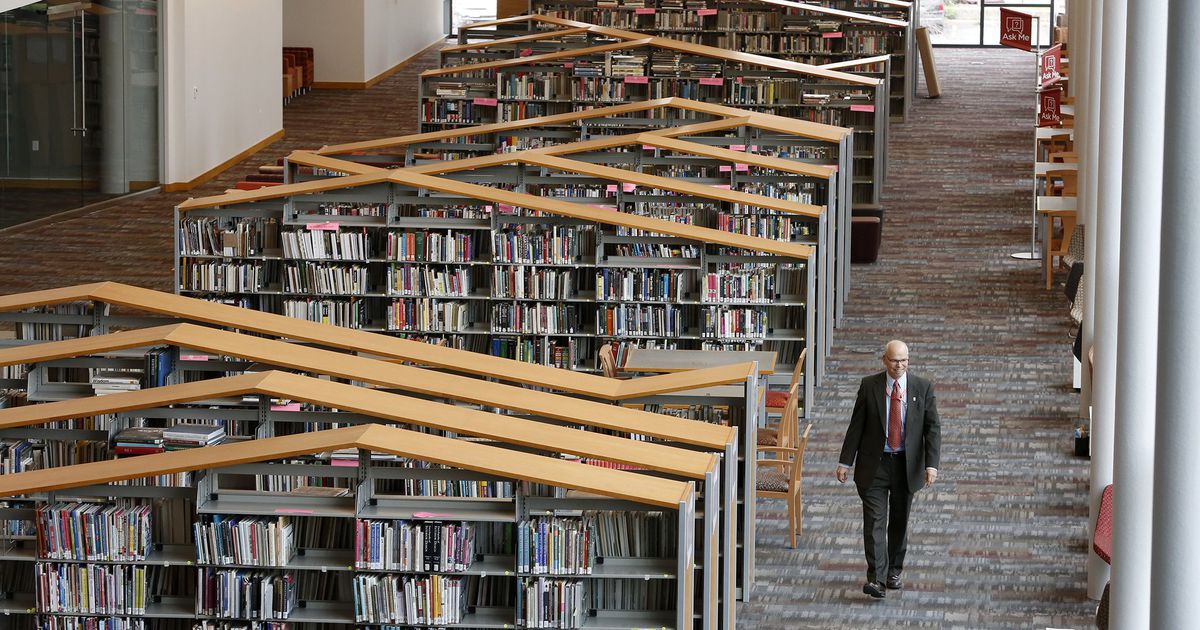