Fox News host Tucker Carlson addressed Monday night the resignation of his former top writer Blake Neff, who resigned last week after CNN reported on his long history of pseudonymously posting racist and bigoted remarks on an online forum that openly trafficked in racist content. Carlson then announced he was taking a “long-planned vacation.”

It came across as a both-sides argument, in which he said that while what an “ashamed” Neff wrote was wrong, those in the media should be careful with their “self-righteousness.”

“First, what Blake wrote anonymously was wrong,” Carlson said. “We don’t endorse those words. They have no connection to the show. It is wrong to attack people for qualities they cannot control. In this country, we judge people for what they do, not for how they were born.”

“We often say that because we mean it,” he continued. “We will continue to defend that principle, often alone among national news programs because it is essential, nothing is more important.”

He then took aim at the media for having the audacity to report on Neff’s racist posts—posts which Carlson himself wouldn’t specifically detail to his audience.

“Blake fell short of that standard and he has paid a very high price for it but we should also point out to the ghouls now beating their chests in triumph of the destruction of a young man, that self-righteousness also has its costs,” the right-wing host concluded. “We are all human. When we pretend we are holy, we are lying. When we pose as blameless in order to hurt other people, we are committing the gravest sin of all, and we will be punished for it. There’s no question.”

He then announced at the end of the broadcast that he would be taking a pre-planned vacation, seemingly taking great pains to make clear it had nothing to do with this current controversy.

“Going to spend the next four days trout fishing,” he said. “Long planned, this is one of those years where if you don’t get it in now, you’re probably not going to do if something dramatic happens, of course. We’ll be back.”

This isn’t the first time, meanwhile, that Carlson has taken a “pre-planned vacation” amid a controversy. Last August, after he faced a firestorm of controversy for calling white supremacy a “hoax,” Carlson announced on air that he was “taking several days off” to go fishing.

There has been a pattern of Fox News hosts taking what has been described by the network as previously planned vacations after they’ve found themselves embroiled in controversy.

Laura Ingraham went on a break after mocking Parkland survivor David Hogg. Sean Hannity took a vacation as advertisers began to bolt following his on-air embrace of the Seth Rich conspiracy. Jesse Watters took some days off after his Ivanka Trump remarks.

Then there was Carlson’s predecessor in the 8 p.m. time slot: Bill O’Reilly. Dealing with an exodus of sponsors over sexual harassment allegations, O’Reilly announced in April 2017 that he was taking a break “because it’s spring and Easter time.” O’Reilly, of course, would never return.

According to CNN’s reporting, Neff kept making aggressively racist posts on message board AutoAdmit through this past week, responding to a thread that asked whether you’d let a “JET BLACK congo n****er do lasik eye surgery on u for 50% off” by replying, “I wouldn’t get LASIK from an Asian for free, so no.”

In an interview with Dartmouth Alumni Magazine, Neff once boasted that anything Carlson “reading off the teleprompter, the first draft was written by me.” He added that the show is “very aware that we do have that power to sway the conversation, so we try to use it responsibly.”

Neff spent nearly four years as the chief writer on Carlson’s top-rated primetime Fox News show. Prior to arriving at Fox News, Neff served as a reporter for The Daily Caller, the conservative news site that Carlson co-founded. The Daily Caller, meanwhile, has a long track record of attracting white nationalists and other bigoted writers, especially during Carlson’s tenure as top editor.

In the past, Carlson has pushed back against accusations that he’s peddling racist and white supremacist talking points, saying in December 2019 that those allegations were “so far from the truth” and “dishonest” while adding he has nothing but “contempt for the people saying it.” He has also repeatedly denied knowing about other Daily Caller writers’ past racist comments and online posts.

“Neff’s abhorrent conduct on this forum was never divulged to the show or the network until Friday, at which point we swiftly accepted his resignation,” they wrote. “Make no mistake, actions such as his cannot and will not be tolerated at any time in any part of our work force.”

Carlson’s program, while setting cable news ratings records, has come under intense fire over the host’s inflammatory rhetoric, especially over issues of race and immigration. In recent weeks, the conservative firebrand has aggressively taken aim at social justice movement Black Lives Matter, branding them a “terror organization” and a “mob” that wants to destroy America.

“This may be a lot of things, this moment we’re living through, but it is definitely not about Black lives,” Carlson said in an infamous June 8 monologue. “And remember that when they come for you and at this rate, they will. Anyone who has ever been subjected to the rage of the mob knows the feeling. It’s like being swarmed by hornets.”

A Fox News spokesperson later insisted to The Daily Beast that “Tucker’s warning about ‘when they come for you’ was clearly referring to Democratic leaders and inner city politicians,” and not about BLM.

Carlson has seen his advertisers dwindle away, with pro-Trump business MyPillow accounting for a disproportionate amount of his commercial time. Sponsors began fleeing in earnest in Dec. 2018, after he said that immigration makes America “poorer and dirtier.” The following year, additional advertisers bailed when he claimed white supremacy was a “hoax” and “conspiracy theory.”

Tue Jul 14 , 2020
Much-needed pandemic help was on its way to Atlanta on Tuesday while Californians joined a lengthening list of Americans facing tighter restrictions in the face of the rapidly burgeoning coronavirus crisis. New York Gov. Andrew Cuomo said Monday in a joint conference with Atlanta Mayor Keisha Lance Bottoms that his state would […] 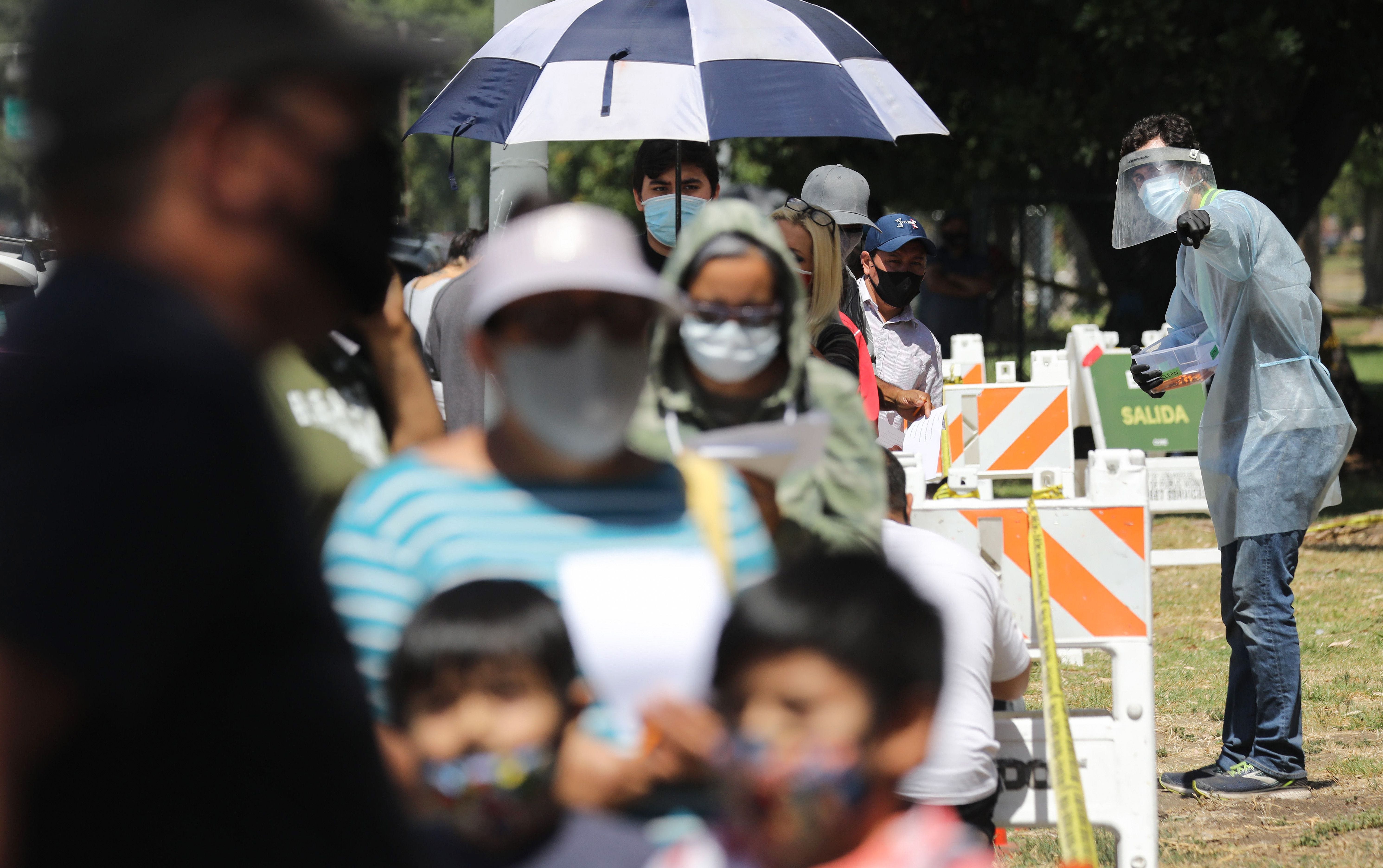