(Bloomberg Opinion) — The pandemic has given rise to some big changes in consumer behavior. We’re all familiar with the obvious ones by now, including more meals at home, fewer trips on airplanes and a dearth of reasons to buy high heels or suits. But after a batch of big-name consumer companies reported earnings in recent days, it’s become clear those changes were just the beginning.

The Covid-19 situation has created a spider web of indirect, secondary shifts in shopping habits and consumer appetites that are just as consequential for brands and retailers as the bigger, broader trends. How companies respond will serve as a key test of their adaptability and creativity. Here are just a few examples:

A Skincare Star Fades: In recent years, the upscale SK-II beauty brand has been a bright spot in Procter & Gamble Co.’s portfolio. The skincare line, which counts $299 “facial treatment essence” and $325 serum among its offerings, has regularly been called out as a catalyst of sales growth in the company’s beauty division. But in the quarterly results reported Thursday, SK-II turned out to be a blemish, with the company saying sales declined “double digits” in the brand. Why? Blame it on empty airports. Executives said travel disruptions exacted a major toll, meaning that the closure of duty-free shops – or the lack of foot traffic to them – caused sales to evaporate. International travel patterns aren’t likely to return to any semblance of normal any time soon, so P&G must figure out how it can work with retail partners such as Sephora, Bluemercury, and to a lesser extent, department stores, to plug the gap.

Gum Gets Bitten: Packaged-food giant Mondelez International Inc. said Tuesday that sales at its gum and candy division plunged 33% in the quarter from a year earlier, a decline it said was mostly attributable to chewing gum. It’s not that customers suddenly had an aversion for its Trident or Stride brands. It’s that gum consumption is very dependent on people being away from their homes. It’s chewed on the go to have fresh breath for meetings or first dates – activities that are largely on pause right now. It doesn’t help that gum is often a convenience-store or drugstore impulse buy, seeing as those kinds of shopping trips are being foregone with more people embracing online shopping for groceries and household essentials. This suggests that Mondelez would be wise for now not to waste advertising dollars or promotional spending on gum, and instead funnel it toward brands such as Oreo and Ritz that have a better chance of making people’s shopping lists.

If You’re Going Out, Get Me One, Too: Starbucks Corp. reported earnings Tuesday, and as you might expect — given that many of its U.S. cafes were closed for much of the June quarter — U.S. traffic slumped from a year earlier by a whopping 52%. At the same time, though, average ticket, or the average total bill, rocketed 25% from a year earlier. This isn’t because some strange subset of people was suddenly mainlining caffeine; it’s because customers were placing far more group orders. Think about it: If you visited Starbucks in pre-pandemic times, it was probably to grab a single drink to slurp at your cubicle. Now, with the whole family stuck at home, a trip to Starbucks might include a latte and breakfast sandwich for your spouse and a donut for each of your kids. This bundling of orders is not necessarily a bad thing for restaurants. In fact, it makes the economics of delivery orders more attractive and could help keep drive-through lines from getting off-puttingly long. But it does require careful thinking about how to allocate labor and tailor operations to make sure big-batch orders are given to customers fresh and hot.

Scrapping for Beer Cans: The widespread closure of bars across the U.S. and Europe in the spring hurt quarterly revenue for Molson Coors Beverage Co. to the tune of a 14.3% drop from a year earlier (adjusting for currency fluctuations). But its so-called off-premise business suffered in the U.S., too. CEO Gavin Hattersley said on a Thursday earnings call that while demand for party-friendly kegs all but vanished in this market, demand for 12-ounce cans “went through the roof.” That became an issue when the company struggled to get enough aluminum cans to keep up with this new consumer preference, and sales suffered as a result. The company is already doing the smartest thing it can to adapt, which is work with suppliers to ensure availability of the packaging materials needed to accommodate the stay-at-home lifestyle.

We’re Staying Home This Year, Kids : U.S. tourism has suffered tremendously from the Covid-19 outbreak, creating headwinds for airlines, hotels, theme parks, restaurants, and even retailers such as Macy’s Inc. and Tiffany & Co., whose Manhattan flagships are magnets for out-of-towners. But the effects from this drop-off ripple even further. Executives of Carter’s Inc., the baby and kids’ clothing chain, said on a July 24 earnings call that sales at their stores in tourist-centric locations were down 20% from a year earlier upon reopening, while at non-tourist-centric locations, they were up 15%. Given that tourist-centric stores accounted for about 10% of its locations but 20% of its store sales last year, this represents a real obstacle for the apparel giant. Carter’s has no power to change global tourism trends, but it can try to offset those challenges in other ways, such as trumpeting its new curbside pickup offering and leaning more on its wholesale relationships with the likes of Walmart Inc., Target Corp. and Amazon.com Inc. – retailers that have remained extremely busy during the pandemic.

These wide-ranging and somewhat idiosyncratic business situations illustrate how the pandemic is truly leaving no corner of the economy and our daily routines unchanged, right down to gum-chewing. And the situation is still playing out. More than ever, companies need to be tuned in enough to the latest trends to spot shifts as they are happening, and flexible enough to make quick adjustments.

Sarah Halzack is a Bloomberg Opinion columnist covering the consumer and retail industries. She was previously a national retail reporter for the Washington Post.

Fri Jul 31 , 2020
By Jonnelle Marte and Rachel Dissell CLEVELAND (Reuters) – Most days, Zora Pannell works from her dining room table, sitting in front of her computer, turning off the video on Zoom calls to nurse her one-year-old daughter, Savannah. Pannell has balanced working from home and caring for her daughter and […] 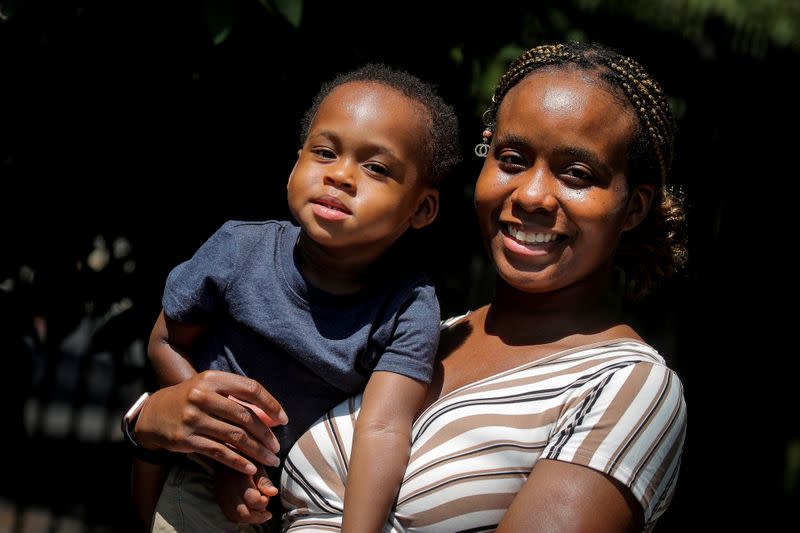