The Best Horror Movies to Stream on Shudder in October 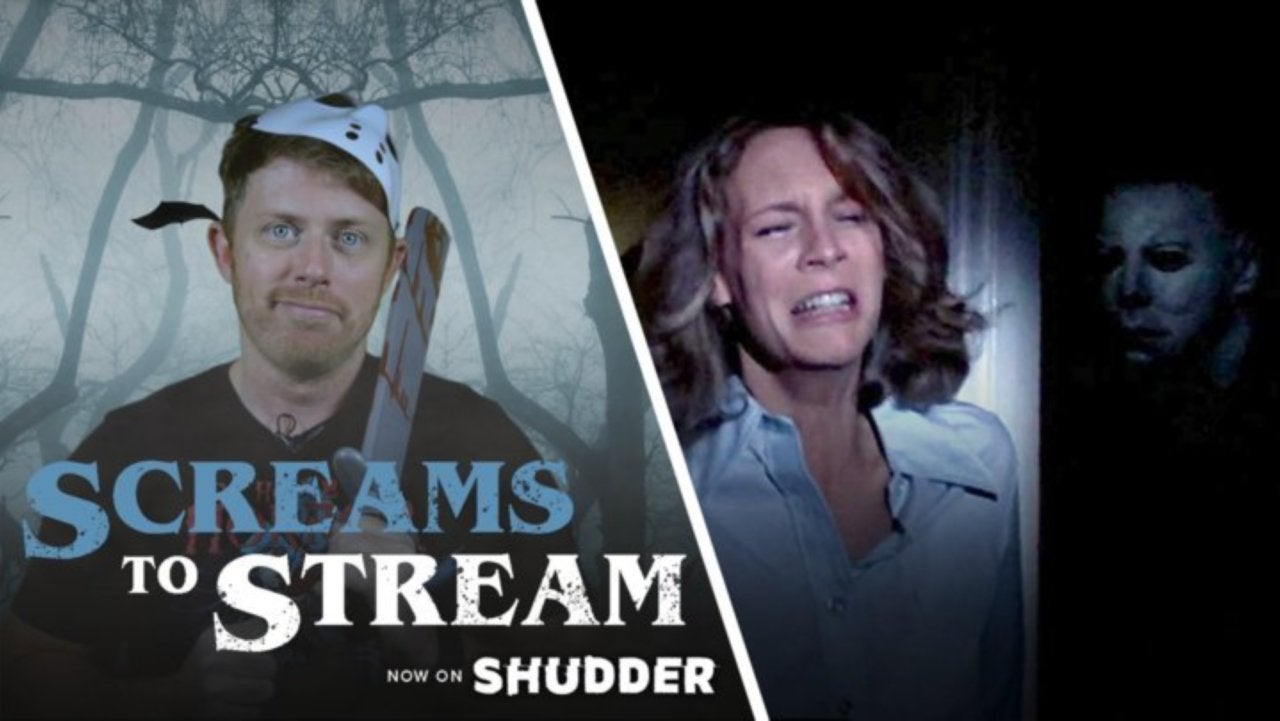 The Best Horror Movies to Stream on Shudder in October

The biggest problem with most streaming services is that it can be difficult to find the best horror films, as it’s tough to distinguish which ones are worth checking out and which ones you haven’t heard of for good reason. The drawback to Shudder, on the other hand, is that there are so many great genre films to watch all year long, you’re often overwhelmed by the dozens of films that will fit your mood at any given moment. Luckily, we’re here to help whittle down all of the exciting offerings available on the service to get you in the spirit of Halloween.

As if the following films aren’t frightening enough, Shudder has a Shudder TV option, which broadcasts its films and TV shows 24 hours a day so you can get a taste of the terror of what’s on the service, and it also has three different “Ghoul Log” options, a stream of jack-o’-lanterns accompanied by eerie sound effects that make you feel like you’re sitting on your porch on Halloween night.

Scroll down to see our picks for the 10 best horror movies on Shudder to stream this October and hit up Patrick Cavanaugh directly on Twitter to share your own recommendations and thoughts about the films!

There’s arguably no better movie to watch on Halloween than John Carpenter and Debra Hill’s seminal 1978 slasher, not only because the film is named after the holiday, but because of how effective the film remains after more than 40 years.

15 years after killing his sister on Halloween night, Michael Myers returns to the small town of Haddonfield, Illinois to continue his reign of terror, stalking the suburban streets and killing teenagers with no rhyme or reason.

Despite inspiring countless imitators to repeat the concept of a masked murderer wreaking havoc, the performances, cinematography, lighting, and score are all just as compelling as when the film was released, with the mysterious nature for Myers’ motivations tapping into some of our worst fears about a stranger stalking us. The service also has Halloween 4: The Return of Michael Myers and Halloween 5: The Revenge of Michael Myers, both of which are fan-favorite sequels.

John Carpenter has a long legacy in the horror world, thanks to directing a number of iconic projects, but Body Bags saw him step in front of the camera to show audiences an all-new set of talents.

Carpenter stars as a mortician who is telling viewers about the bizarre instances that led to bodies ending up in his morgue, allowing the overall project to serve as an anthology of vignettes. With stories ranging from a serial killer to a supernatural eye transplant to an otherworldly cure for baldness, Body Bags has the right blend of humor and horror to keep audiences on their toes, in addition to seeing Carpenter at his goofy best.

There are few contenders for Halloween‘s throne when it comes to the best film to watch on October 31st, but WNUF Halloween Special gives the slasher a run for its money.

Functioning under the guise of being a local news investigation into a haunted house, the film unfolds on Halloween night in 1987, beginning with a news broadcast about the dangers of Halloween before cutting to the news anchor who is forced to fill time during a live investigation.

The commitment to authenticity of WNUF goes so far as to include dozens of fake commercials, ranging from nearby haunted houses to plugs for upcoming TV shows to dentists offering cash for candy in the wake of the holiday. The filmmakers’ commitment to the concept will transport viewers who grew up in the ’80s and ’90s right back to their youth, a time before streaming services and digital content became the go-to source of Halloween entertainment.

Films like The Texas Chain Saw Massacre or House of 1000 Corpses are go-to examples of horror stories about finding assistance in a deadly situation, but James Whale’s 1932 The Old Dark House set the stage for the structure, which is just as entertaining almost a century later.

As a trio traverses the countryside in the middle of a horrendous rainstorm, they seek refuge at, well, an old, dark house. Despite being given shelter, the trio begin to feel anxious about their hosts, as a series of bizarre reveals about the domicile begin to emerge, centered largely around Boris Karloff’s Morgan, the brute with a penchant for drunken rampages.

A group of friends embarking on a vacation runs into some car troubles, seeking assistance at the only business nearby, which happens to be a “tourist trap” of life-size statues and animatronics.

Understandably, things don’t look promising for our travellers and, admittedly, Tourist Trap might make for a better summer-time watch, given its climate, but with the number of masks and creepy puppets seen in the film, it’s still a enjoyable watch no matter what the weather might be. Surely one of the weirdest films of the ’70s, Tourist Trap will make you miss a time when we could easily hit the road with pals, even if it meant having to spend some time with Mr. Slauson.

When it comes to honoring Halloween, you can’t go wrong with watching a Vincent Price movie, as he is considered by many to be the preeminent figure in the horror world, with The Monster Club being one of his underseen films.

Price serves as the host of this anthology, with the concept being that he takes a victim to the titular monster club, a party destination for all manner of creatures, with the introduction of each beast then followed by a ghastly tale about them.

Despite not getting as much Price in this film as others, his brief screen time means we get to see him at the height of his “Vincent Price-yness,” with the added bonus of the film featuring a variety of monsters.

Watching Viy is literally watching history, as it marks the first horror film ever released in the USSR.

After a chance encounter with a witch, a priest is tasked with watching over the body of a young woman for three nights, only for him to discover that the body is that of the witch that he previously had a fateful encounter with. Each night, a series of horrifying encounters occur, all of which grow more powerful and dangerous than the night before.

Easily one of the better witch films from any country, the film captures a specific blend of camp and creepiness to make for a truly unique experience.

While some campfire stories are nothing more than flights of fancy, Killer Legends is a documentary that dives into the real-life encounters that inspired iconic urban legends. Including the stories of a killer with a hook for a hand targeting couples at “Lover’s Lane,” poisoned Halloween candy, a babysitter being stalked by a man in her own house, and killer clowns, viewers will learn that even some of the most outlandish concepts that we dismiss as nothing more than make-believe do often come with unsettling truths.

The coronavirus pandemic has prevented most movie studios of all sizes from moving forward with projects, only for the minds behind Host to find a way to bring this horrifying story to life that feels more effective than ever in lockdown, without ever feeling like it faced limitations due to quarantine protocols.

In hopes of staving off their quarantine boredom, a group of friends conducts an online seance using Zoom, only for actual paranormal events to begin to occur.

Written, shot, edited, and released entirely in lockdown, the project is impressive enough for how much the filmmakers accomplish within these restrictions, while also offering an immensely entertaining experience that rivals the effectiveness of any big-budget studio, as opposed to being a project explicitly designed to cash in on the pandemic.

Haunters: The Art of the Scare

While many of us love breaking out the Halloween decorations in the weeks leading up to October 31st, some people are so devoted to frightening their neighbors that they spend the entire year planning out exactly how they’ll freak out anyone who comes to their house.

Haunters: The Art of the Scare looks at the evolution of home haunts in recent decades, ranging from homeowners who invite their community to take a stroll through their makeshift houses of horrors to those who are hoping to turn their love of Halloween into a profession to even exploring extreme home haunters who force participants to sign pages of paperwork, allowing themselves to be shoved, tied up, or even drowned in the pursuit of a scare.