Holiday-themed video games are not nearly as common as holiday-themed TV shows or movies, but if you want to get into the Christmas spirit with a game or two before Santa Claus visits, there are options out there. Here is a selection of some recent releases and old favorites.

Like some of the best Christmas movies, “Miles Morales” isn’t actually about Christmas, but it does take place during the holiday season. This Spider-Man adventure’s earliest moments highlight a heartwarming Christmas dinner before letting you loose to swing around a snowy, well-decorated New York City.

An old-school roleplaying game (in the vein of the Super Nintendo-era “Final Fantasy” games you might have grown up playing) with its tongue firmly in cheek, “Cthulhu Saves Christmas” is a holiday-themed sequel to “Cthulhu Saves the World.” It’s self-aware and sometimes breaks the fourth wall, and it’s worth checking out if you want some very lighthearted Lovecraftian touches sprinkled into your holiday. It’s a short, enjoyable adventure that can make you feel nostalgic for both old video games and Christmas morning as a child.

It’s available now for a very affordable $10 (cheaper when on sale) on PC and Nintendo Switch, and it’s coming soon to PlayStation 5.

The latest (and greatest) “Super Mario” game is packed with diverse locales to explore, including sunny beaches and hot deserts. But one of its worlds, the Snow Kingdom, is decked with Christmas flair.

Well, OK, mostly you can just hear sleigh bells in the distance and some enemies wear Santa hats, but it’s the little things that make the holidays cheerful.

From now until Jan. 5, 2021, “Fortnite” players can complete a variety of wintery challenges (with a new one unveiled every day) to unlock free items and gear, including a Snowmando skin (he’s, like, a snowman and a commando. Get it?). Players can also redeem a free “Sing Along” emote to go caroling with their friends.

Plus, areas of the map are currently covered in snow, with Christmas decorates (including gifts, trees and nutcrackers) strewn around everywhere, so there’s a festive feeling in the air even if you don’t want to gun for any rewards.

Blizzard’s multiplayer hit has decked the halls with festive character skins, snowy landscapes and seasonal brawls: “Yeti Hunter” and “Mei’s Snowball Offensive.” There’s also a new game type this year: “Freezethaw Elimination,” a 4v4 match in which you need to freeze everybody on the opposing team to win.

Bungie’s hit multiplayer shooter celebrates the holidays every year with “The Dawning,” which adds a wintery look to the game’s main social hub: The Tower.

This year’s Dawning tasks you with collecting “Dawning Spirit” by completing missions, bounties and recipes, all of which will go toward rewards that all players will have access to.

The event runs until Jan. 5.

While running over zombies with an electrified go-kart is fun all year round, “Dead Rising 4” shines with its Christmas setting, which adds candy cane crossbows, explosive Santa traps and plenty more holiday weaponry to keep your slay bells ringing (see what I did there? Like, slaying zombies. Because of the classic so – you know what, never mind). The game’s zombie outbreak begins on Black Friday, but thankfully, most of the action takes place in a mall and its surrounding stores, which means you have a wide variety (and high supply) of items with which to creatively kill the undead.

Originally an Xbox One exclusive, PS4 owners can experience the Christmas-themed mayhem for the first time this year, alongside a bunch of additional downloadable content that has been released for the game.

All those mobile game updates

Yes, I know I’m cheating a bit on this one, but the fact of the matter is that there are way too many holiday updates to mobile games (especially free-to-play games) to cover them all in-depth – especially when most of the updates do little other than put a Santa hat on their icon. Still, if you have a favorite mobile game, check to see if it has an update!

Despite its retro, almost “cute” aesthetic, “The Escapists” is a pretty brutal game about surviving and escaping prison. Santa’s Sweatshop is a free add-on to that game in which you play as an elf. Much of the moment-to-moment action is the same, but with a lot of festive flair.

The 2017 sequel, “The Escapists 2,” also has some free Christmas DLC available: “Santa’s Shakedown.”

An old favorite of mine, “Christmas NiGHTS” was a special version of the Sega Saturn classic “NiGHTS: Into Dreams” that people could get free through various means (with gaming magazines, mostly). If played during December, the game’s environments would be decorated with snow, lights and presents, and an instrumental version of “Jingle Bells” replaced the original music. Don’t have a Sega Saturn handy? The recently released “NiGHTS HD” (available on 360, PS3 and PC) features “Christmas NiGHTS” as an unlockable.

“Costume Quest” is by far one of my favorite games to play during Halloween, and its “Grubbins on Ice” downloadable content extends to festivities into winter. Like the main game, it’s extremely charming and fun for the whole family. On PC, the complete “Costume Quest” package is currently on sale for a mere $2.50, so c’mon. Easy recommendation.

Like “Die Hard,” a movie that takes place during Christmas and is thus listed as a great “Christmas movie,” this Batman game doesn’t deal with the birth of Jesus or the importance of giving gifts to others … But it does take place on Christmas Eve. The snow-covered Gotham setting is actually one of the first things that struck me about the game, and I like it a lot – even though it has a relatively minor impact on the overall experience. The game itself is the weakest entry in the “Arkham” series, but it still has a lot going for it and is one of the better comic book video games out there.

Part “Metal Gear Solid” parody, part stealthy Christmas adventure, “Merry Gear Solid” is a fun, free way to spend a little time laughing at dumb video game jokes and sneaking past kids on the naughty list. It and its sequel can be downloaded directly from the creator’s website.

“Saints Row”’s Christmas-themed DLC is brilliant through and through – brilliant idea, brilliant execution. It takes the ridiculous, over-the-top world of “Saints Row IV” and tells a cheesy Christmas special within it. It parodies a lot of your old favorites – “A Christmas Story” being a particularly popular target of references – and had me laughing out loud more than once. Yes, it’s extremely vulgar, which is why it’s only for the adult players out there, but those adults will have a lot to love. Just don’t shoot your eye out.

Let’s just say, hypothetically speaking, that Santa was under a lot of stress. And let’s just say that one day he finally cracked, got very drunk and slaughtered all the elves and reindeer, leaving a very bloody mess behind. Someone would probably have to clean all that up, and that someone is you. Merry Christmas! There’s not a lot to it, but for its asking price of $2.50 there’s some gruesome holiday “cheer” to enjoy here.

This official winter-themed expansion pack to “Duke Nukem 3D” was largely blasted by fans of the original, but it’s worth a mention here because of “Duke”’s connection to the Dallas-Fort Worth area (the series was made here). Snow-covered levels and pigs with Santa hats weren’t enough to make this one stick in the public consciousness for long, but hey – it’s worth remembering that they tried.

Some other festive games:

– Google has a cool page called Santa’s Village, connected to their Santa Tracker, full of simple online games to keep you busy.

– The retro-inspired 2D action game “Azure Striker Gunvolt,” on the Nintendo Switch and 3DS, has a Christmas mode that can only be played on Christmas Eve and Christmas Day.

Kentucky sisters lost their mom, dad and grandfather to Covid-19 within four weeks

Thu Dec 24 , 2020
The festivities would start each year with their mom, Lisa Cheatham, 58, setting out a plate-bending buffet with just about every breakfast food you can think of, the sisters said. Then they would open presents, watch festive movies (Christmas Vacation and The Grinch are family favorites) and play card games […] 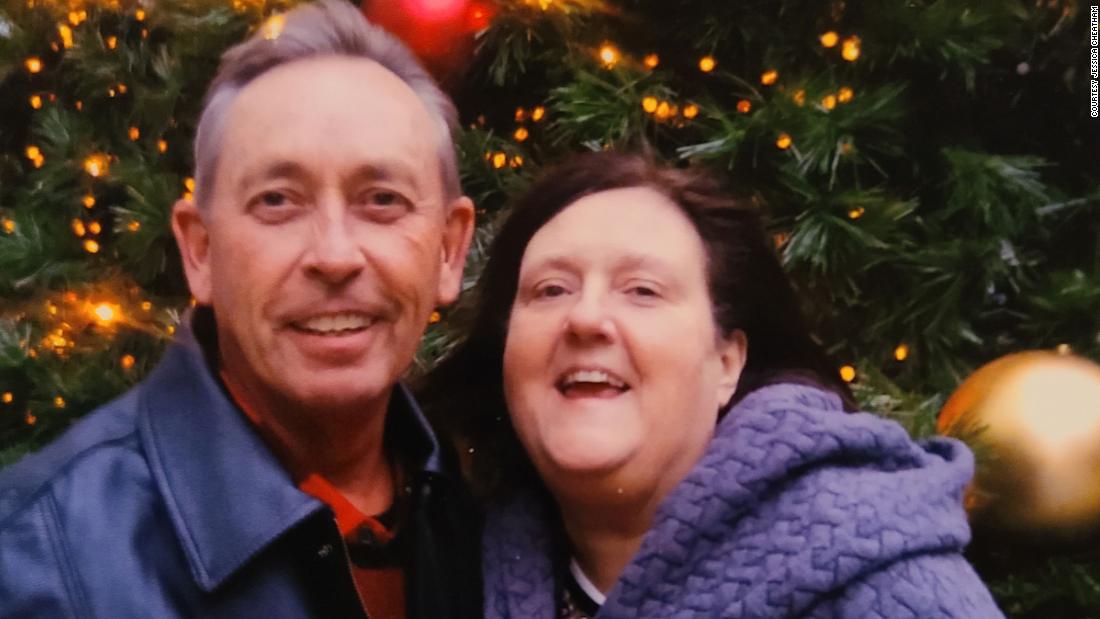