To say 2020 has been a catastrophic year might be an understatement.

But even in the most trying of times we finds ways to persevere and cope – often, with humor.

Reddit’s r/AmItheA–hole (AITA) subreddit has become one unlikely source of joy this year, during a pandemic, natural disasters, and more.

It is the perfect place for people to escape their worries by reading about other people’s. In it, people post describing scenarios – often difficult, shocking, and hilarious – that they’ve been involved in, and ask readers whether they were “an a–hole” for responding as they did.

“A catharsis for the frustrated moral philosopher in all of us, and a place to finally find out if you were wrong in an argument that’s been bothering you,” the about community section reads.

The submissions range from goofy, to tender, to completely unbelievable. From stealing ducks from children to a boyfriend placing sheets on all furniture when his girlfriend is on her period, the subreddit bears witness to the best, the worst, and the most bizarre of humanity.

Here are the best “am I the a–hole” submissions that helped get us through 2020.

“AITA: My boyfriend places sheets on all the furniture when I’m on my period”

Periods suck. From the cramping to the mood swings to the aches and pains, they’re not fun.

But for our first narrator, they come with the added annoyance of a humiliating boyfriend who doesn’t seem to trust — or understand — period products like tampons and pads.

At the heart of this story is a 24-year-old’s boyfriend who has an attachment to his white furniture.

“This really shows when I’m on my period. My boyfriend does humiliating things like placing sheets on all of the chairs and lounges and makes me sleep in the guest bedroom on the first two days of my period (my heaviest days) and then he even asks me about when was the last time I changed my tampon,” she wrote.

As soon as it’s that time of the month, she isn’t “allowed to cuddle with him.” Shortly before posting, though she decided she’d had enough of his love for upholstery.

“I decide to put my foot down and I take off all of the sheets off the furniture, which got my boyfriend irritated to which I told him that he needs to stop treating me like a leaking juice box,” she said.

Unsurprisingly, commenters voted our narrator was absolutely not “the a–hole.”

“Does he have any redeeming qualities besides owning furniture he cares about?” one commenter wrote.

“AITA for not making it known I understand Spanish to my GF’s family when they talked about me?”

Meeting your significant other’s family can be pretty daunting, especially if they can say what they actually think of you without you understanding.

Our 24-year-old narrator met his girlfriend’s family for the first time over Zoom after moving in together in quarantine. He is white and his girlfriend is Latinx. But what his girlfriend, and her family, didn’t know at the time is his adopted mother is Mexican and taught him Spanish at a young age.

While everything was fine at first, it didn’t take long for her family to switch to Spanish to share their actual thoughts on her new partner.

“Her grandma was the first to say something in Spanish and her words surprised me because she was literally so nice talking to me then suddenly switched to saying something else. ‘Por que otro güero?’ (‘Why another white boy?’ Pretty much). Then she asked when can she set her up with one of her friend’s nephews,” he wrote.

As her other family members shared their thoughts in Spanish as well, he sat back and listened.

“I didn’t say anything cause I was curious what their real thoughts on me were. It kinda sucked that they were so freely talking about me right in my face,” he wrote.

Once the criticism suggested he moved in with her because he didn’t have any money, he decided to show off his hidden talent.

“So I answered in Spanish, ‘we moved in together because we wanted to take the next step in our relationship and we love each other.'”

His girlfriend’s family was stunned and profusely apologized for what they had said.

“Her sister is telling us what I did was petty and mean because I embarrassed them. That I should’ve said I knew Spanish because that was a conversation I wasn’t meant to understand/be part of, therefore it wasn’t my business to listen in.”

Hidden talents aside, commenters voted our narrator was not an a–hole.

“They’re only mad because they got called out on their b——-. Don’t let it bother you,” one commenter wrote.

“AITA for sabotaging my little brother’s food on purpose?”

The holiday season can be brutal for some, especially when dealing with family conflict. A 20-year-old Reddit user took to AITA for advice after they had had enough of their younger sibling’s poor household habits.

After doing all of the dishes, cooking, and cleaning for their family while on vacation, our narrator’s younger brother asked them to cook him food. Instead of helping, he handed them a box of brownie mix and said “make this.”

Rather than standing for their brother’s demanding attitude, they decided to add a bit of flavor to the situation.

“I make the food he asks, but I always add stuff he doesn’t like,” they wrote. “So if he asks for brownies and refuses to help, I put nuts in it. He hates them and I like them.”

After a few dishes, the younger brother told their parents.

Commenters voted with resounding certainty that our narrator is certainly not an a–hole.

“I feel so, so sorry for the poor person who’s going to end up with OPs brother for a partner,” one commenter wrote.

“AITA? For being upset at my sister getting my college fund money?”

A 17-year-old narrator took to AITA after finding out the college fund she was promised actually had no money in it at all.

After perusing colleges online, her parents let her know the $80,000 her grandfather had set aside for her education was actually going to her “party animal” 21-year-old sister.

“I raised this issue on Christmas and I’m being blamed for ruining Christmas and not loving my niece or my sister,” our narrator wrote. “I told them yes I really hate each and every one of them. I feel like an a–hole for that.”

While her parents offered her $10,000 to let the situation blow over, they called her greedy for being upset about the fund in the first place.

Commenters started offering legal advice and deemed her not an a–hole for her reaction.

“If your grandfather left it to you in a will or any other legal document, you may have grounds to sue for the money,” wrote a commenter.

Ending on a more tender note, our final narrator began their story with a disclaimer: “This is a very British and polite post, not a serious issue.”

The narrator regularly feeds the ducks in a pond near their house. One day, they went to the pond and found a group of children and their parents feeding the ducks.

Thinking nothing of it at first, the peaceful scene quickly devolved into something far less cute.

“The kids are shouting for the ducks to “do something” and running towards them when they do come on land,” they wrote. “This is super not ok for me so I threw down duck food on my side of the pond and hijacked the little beauty.”

Once their duck friends were safely away from the children is when the real passive-aggressive cold war began.

“Mother of the Brats loudly exclaimed to Father of the Brats that I was ‘a bit bloody cheeky’ and ‘stole the ducks’ from her kids,” they wrote. “Loud enough for me to hear but obviously not aimed at me (polite and British – no confrontation).”

“I understand I did “steal” them, but I just don’t like children being taught it’s ok to harass animals,” they wrote. “AITA for duck stealing?”

Commenters quickly assured them that no, kind duck feeder, you are not the a–hole.

Thu Dec 31 , 2020
Exclusive Details Justin Bieber‘s first time taking the stage for a live show in 3 years will be seen online all over the world, but will have an odd feel to it … which perfectly sums up the year for big musical acts. JB’s putting on a New Year’s Eve […] 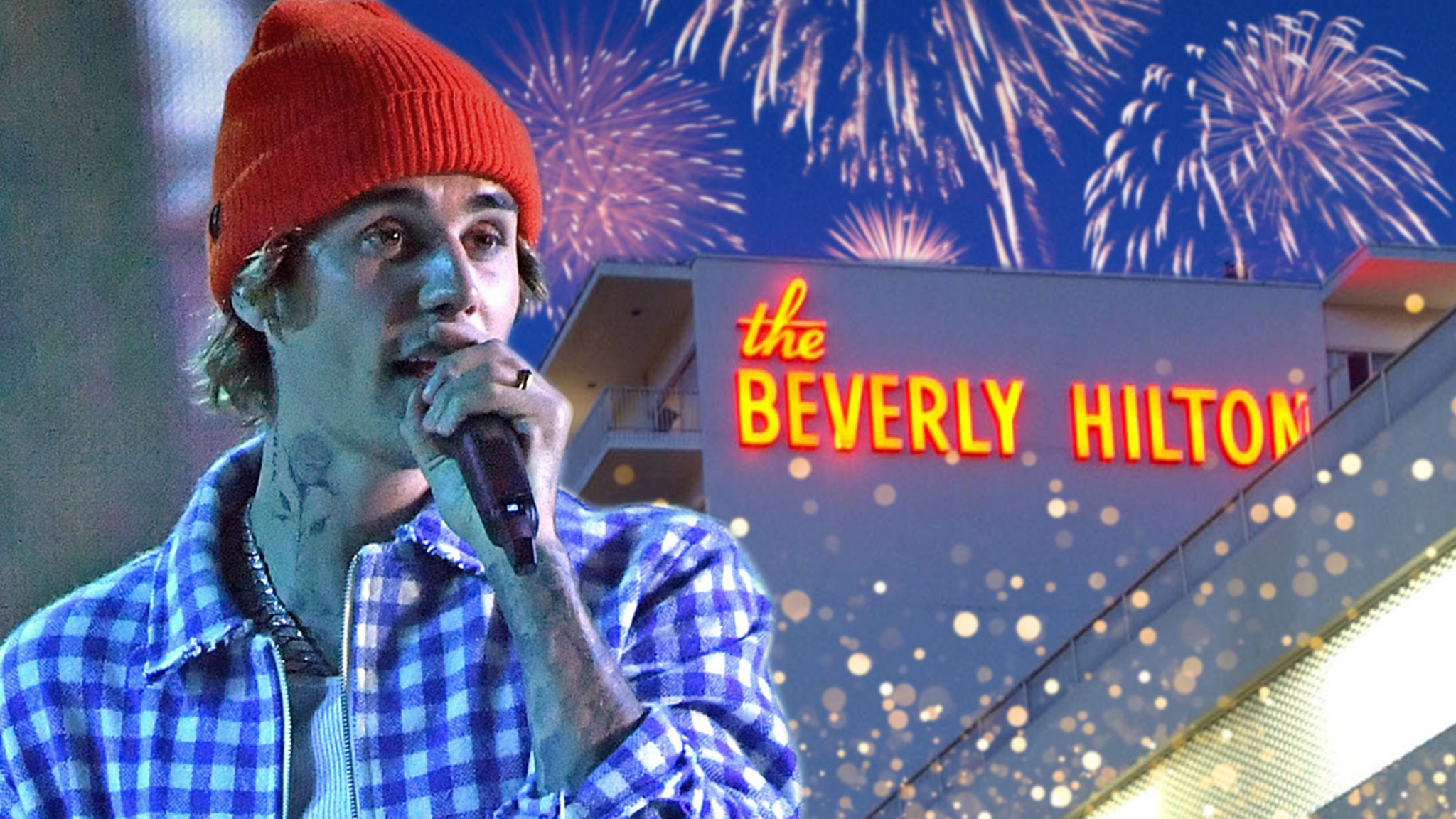