The Russian people have embarked on one of the largest battles against kleptocracy, or the rule of thieves. They want their government to stop plundering their wealth and using it to hold onto power by any means. They want the same things all people want, a government that listens to them, represents their interests, and invests in their future.

Over the last two weekends, Russia witnessed the largest protests in its history. More than 300,000 people poured into the streets in 170 cities across 11 time zones. Despite the fearsome show of government force, people rallied again in at least 80 cities across Siberia, the Far East, and the Ural Mountains, where support for Vladimir Putin tends to be higher. The geographic breadth of the protests is a turning point.

The Russian people demand the freedom of jailed opposition leader Alexei Navalny, who had just returned to the country after recovering in Germany from a botched assassination attempt by Russian security forces. Notably, they also voiced their anger at Putin, who has plundered national wealth to enrich himself and his cronies, depriving the broader Russian people of economic opportunity and a political voice. Indeed, one of the common chants during the protests has been to call Putin a thief.

The Kremlin responded in the only way it knows with force. Over 5,000 people were arrested last weekend, which are massive numbers even for Russia. Police detained children as young as nine, while others became victims of violence, like a Saint Petersburg woman who spent a night in the hospital after riot police kicked her in the stomach.

Such repression could backfire. Public outrage at police brutality will only draw more sympathy from those on the fence and could turn the protests into an even broader movement which is harder to suppress. The Russian people should not have to fight kleptocracy alone. Corruption is the fuel that powers the Kremlin agenda abroad. It props up Aleksandr Lukashenko in Belarus and lights the war in Eastern Ukraine. It funds troll factories and disinformation machines which sow confusion and discontent in Western countries. It bankrolls dire efforts to interfere in elections.

Global kleptocracy is a national security threat that must be neutralized. The United States and its allies must make it difficult for the Kremlin elite to use Western countries as havens for themselves, their families and their money. For decades, Kremlin cronies have stored their illicit wealth in the Western financial system, often hiding behind shell companies to avoid both legal and public scrutiny. Many invest in real estate, own villas and yachts, and send their children to Western universities.

These figures enjoy the best of both worlds by obtaining vast wealth from corruption at home and accessing the stable financial system and better conditions abroad. To its credit, the Treasury Department has a sanctions program that has frozen the assets of several dozen Kremlin officials and prevented them from traveling to the United States, while Congress has banned anonymous shell companies. But these measures are insufficient in this fight. There are at least three more actions to take.

First, the United States must dramatically increase its targeted sanctions program to include the entire upper ranks for the Kremlin elite, including top government officials, the heads of major corporations, and the leaders of the numerous Russian regions. Sanctions must also include the families and primary business associates of these individuals, in whose names the illicit wealth from such corruption are often registered to.

Second, the United States should fully investigate the existing anonymous shell companies for money laundering and expose the funds or assets that have been illegally gained. This would send the signals that the American market will provide no shelter for such authoritarians.

Finally, the United States should work with its allies in Europe to ensure the Western financial system is also bolstered against the Kremlin elite. Sanctions and investigations mean nothing if oligarchs can simply move their money across the Atlantic. The Russian people are filling the streets, risking their freedom, to demand an end to kleptocracy. But kleptocracy threatens the entire world. Their fight is also our fight.

Stephen Nix is the regional director for Eurasia and Joshua Solomon is a program officer for the International Republican Institute in Washington.

Tue Feb 2 , 2021
Sony has now revealed the new PlayStation Now games they’re adding in February, and it’s one of the service’s busier months in a while. Detroit: Become Human, Little Nightmares, Hotline Miami 2, and more are getting permanently added to PS Now, while Call of Duty: Black Ops III and WWE […] 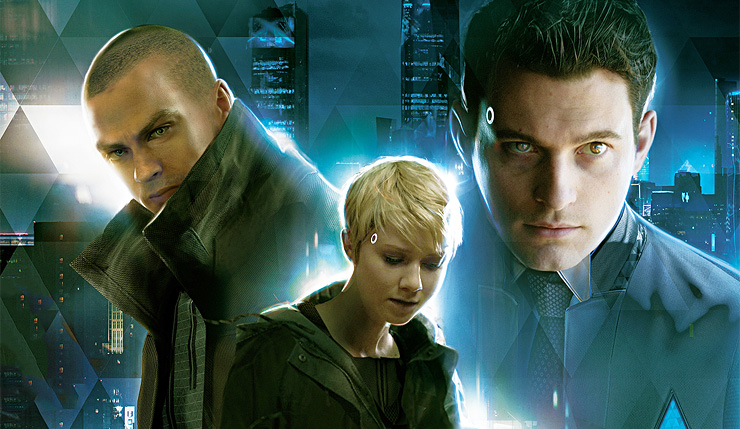