At Southwest Airlines, business leaders have chosen to view COVID-19 as not just a challenge but also an opportunity. For IT, that has meant forging ahead with transformational projects even while supporting the sudden pivot to remote work, according to CIO Kathleen Wayton.

It would be difficult to imagine a tougher test of an industry’s mettle than COVID-19, and for few industries has that test been tougher than travel and hospitality. It’s been nothing short of a struggle to survive for many in this field, but Southwest Airlines aims to do more.

“A company can put its head in the sand and just try to get through it, or it can go on the offensive,” says Kathleen Wayton, senior vice president and CIO with the airline. “We’ve set a goal that we’re coming out of this stronger.”

For Southwest, going on the offensive has included announcing service to 12 new destinations across the United States as well as seeking out other new revenue opportunities, places to cut costs, and ways to reduce technical debt—all of which require a wide array of technological support. Numerous large-scale transformational projects, meanwhile, have proceeded as planned, even amid the sudden shift to remote work. “Our employees have shown a warrior spirit,” Wayton explains. “We had a great delivery year in 2020 despite everything.”

‘We Had to Pivot Quickly’

When the pandemic hit, Southwest was less prepared for the shift to remote work than some companies in other industries. “Our culture strongly emphasizes the importance of personal relationships,” Wayton says. “We always assumed that building those relationships required face-to-face interactions, but with COVID, we had to pivot quickly.”

That meant getting laptops to more than 2,000 employees in short order, for instance, along with collaboration tools, office chairs, and other equipment. In order to accomplish this rollout, Southwest set up a drive-through service to make a contactless experience possible.

Another early imperative was reducing IT costs and headcount by about 35%. In March and April, that entailed releasing about 1,500 external workers. “That was hard,” Wayton says. “Working with our business partners, we prioritized the projects we had underway, particularly in light of revenue generation and cost savings. We put some smaller departmental projects on hold but have otherwise tried to keep the big projects going.”

Wildly fluctuating demand, meanwhile, put a new emphasis on flexibility. Frequently changing flight schedules increased the need for optimization and revisions to reaccommodate both customers and crews, even as customer planning and revenue management teams scrambled to make their own adjustments. “You can make the best plans in the world, but when something like this happens, you’ve got to be able to change,” she explains.

Also part of IT’s challenge was working with business partners to align priorities and communicate changes to the broader organization. “Since we were no longer seeing each other in person, we implemented daily stand-ups, town halls, and other means of making sure everyone is on the same page,” Wayton recounts. As it turned out, “the pandemic helped us to communicate better and more often.”

Such communication has focused not just on company news and pandemic information but also on remote work and well-being. “We noticed a lot of people were not taking time off; even when on vacation, they were still calling into meetings,” she says. “I’ve never done so much communicating about the importance of taking care of yourself.”

Concern over staff retention has made such issues particularly important. “While the travel industry has been hit hard by the pandemic, some tech companies are thriving and doing a lot of recruiting,” Wayton notes. “We want to make sure our employees are happy and healthy—and that they stay.”

Virtual team contests and scavenger hunts have been among the tools Southwest has used to preserve its culture and keep everyone connected, including a contactless “Halloweek” to celebrate Halloween. “We’ve been creative with what we can do to keep celebrating and keep our culture alive,” Wayton says. “More than ever, Southwest is about its people.”

There have been some unexpected benefits along the way. For example, efficiency levels for some IT teams have increased by as much as 130%. Possible explanations include a sharper focus on higher priorities, less context switching, fewer interruptions while working at home, and increased employee engagement given the involvement of fewer external workers, Wayton says.

Southwest entered 2020 with a number of large projects underway, and work on many of them continued as planned. “We had just set a departmental goal to use technology to be faster, better, and more efficient,” Wayton says. That has included deploying cloud technology, embracing DevOps, making a concerted effort to reduce technical debt, and placing increased emphasis on using common platforms and data for better efficiency, to name a few examples.

A massive effort to move Southwest’s data center was completed in 2020, as was a brand-new Salesforce implementation. A multiyear initiative to modernize Southwest’s maintenance system, meanwhile, is scheduled to conclude with the launch of new technology in early 2021.

Looking ahead, Wayton anticipates a new normal will eventually take hold. “At Southwest, culture is a big part of who we are,” she says. “We’re probably going to end up with a hybrid working environment—partly remote, but preserving the ability to come together to celebrate in person. It’s definitely going to be a different world.”

Loosening the old rules about remote work could have an additional benefit for IT hiring, she adds. “Previously, if you worked in IT at Southwest, you had to be in Dallas. If we open that up, I think we’ll be more competitive for tech talent, many of whom are used to working remotely.” Partnering with the company’s People department, Southwest’s version of human resources, Wayton’s team is currently working to develop new strategies for recruiting nationally.

Back in April, Wayton wondered how much her team would be able to accomplish in the COVID-19 era. Those doubts are gone. Her top advice for fellow CIOs? “Don’t ever underestimate what your team can do,” she says.

Editor’s note: This article is part of an ongoing series of interviews with executives. The executives’ participation in this article is solely for educational purposes based on their knowledge of the subject and the views expressed by them are solely their own. This article should not be deemed or construed to be for the purpose of soliciting business for any of the companies mentioned, nor does Deloitte advocate or endorse the services or products provided by these companies.

Tue Feb 2 , 2021
When it comes to socially-distant dating in 2021, nothing says, “I love you,” like Postmates and FaceTime. And suppose you’re trying to do something special to do for Feb. 14. In that case, these Valentine’s Day Zoom ideas for celebrating with a long-distance partner are sure to heighten your connection […] 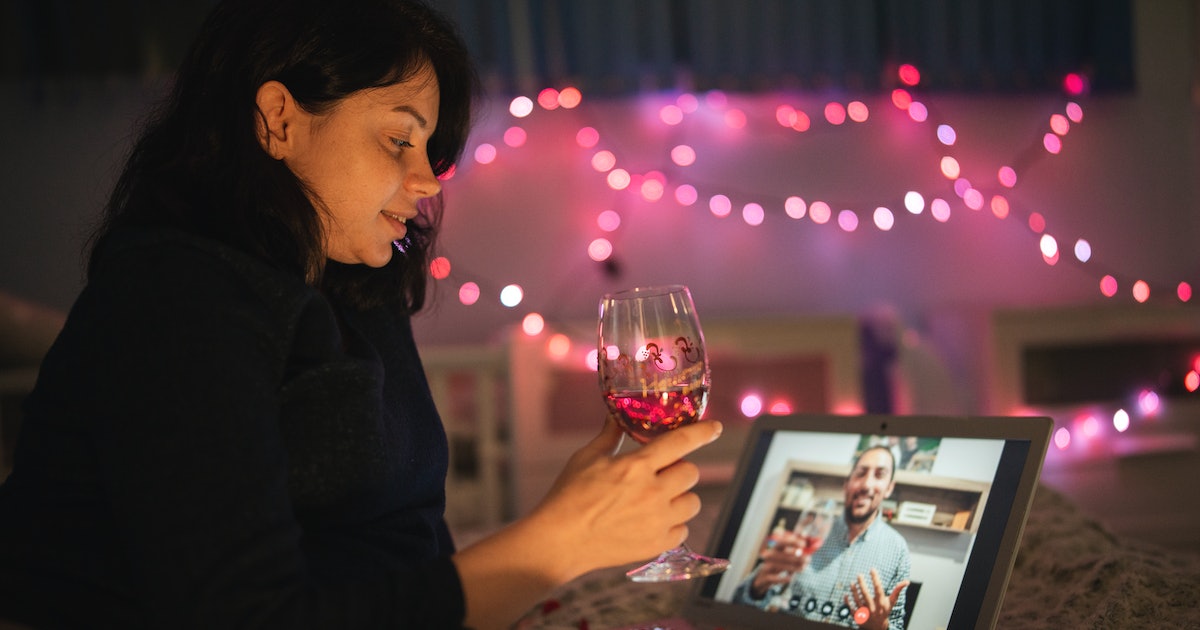