Gov. Doug Ducey created a video in response to the Phoenix City Council closing public parks for Easter weekend and urges residents to celebrate outside.

In a letter to Phoenix Mayor Kate Gallego on Friday, Ducey criticized the city for attempting to limit park visitors, writing that the council’s decision is in violation of a statewide executive order and the advice of the U.S. Centers for Disease Control and Prevention.

Gallego responded to the governor with her own sharply worded letter, saying the city would continue with its plans and that Ducey had no legal standing to make such demands.

The CDC advises families to celebrate Easter outdoors whenever possible but recommends that park administrators modify services to ensure that visitors can practice social distancing and wear masks.

“The edict by the City to close parking lots at city parks and limit the safest place for gatherings to occur will result in many people holding gatherings at their homes where there is more risk of spreading the virus,” Ducey wrote to Gallego.

If the city didn’t change course, Ducey said he “will assume that this action will have a direct correlation to case increases in the coming weeks.”

In Gallego’s response to the governor, she called his missive “legally wrong and scientifically unfounded.” She told the governor he has no power over city park property and said he selectively cited CDC recommendations, noting that the CDC encouraged virtual gatherings or only with people in the same household.

“This crisis has made clear to all of Arizona that you put partisan politics ahead of saving lives. It is also no surprise that you have expressed your opinion in a partisan, divisive way rather than in a genuine effort to keep our residents safe,” Gallego wrote.

What is open, closed for Easter

The Phoenix City Council voted unanimously March 16 to reopen recreational facilities for youth games and sports tournaments. As part of that, the council also voted to take steps to mitigate crowding during Easter weekend by imposing the same restrictions it had the year prior.

The weekend is the busiest time of year for the parks department, according to acting Parks and Recreation Director Cynthia Aguilar.

Parking lots at city parks, including dog parks, will be closed Saturday and Sunday except to those with an accessibility parking placard. At parks with multiple lots, one will be designated for those with placards. The parking lot for Hole in the Rock off Galvin Parkway also will be closed. Parking at city trailheads is not affected.

Grilling is prohibited at all parks, including desert parks and preserve land.

Ducey, Gallego spar over the law

In his letter to Gallego, Ducey cited Executive Order 2020-12, which prohibits cities and counties from restricting “any function designated by the Governor … as an essential function,” including the operation of parks.

He called the council’s decision “irrational.”

“For some unknown reason, our state’s largest city doesn’t want you in your own public parks,” Ducey said in a video he also released Friday. “If we’re really following the science, we know that being outdoors is safer. This is clearly nothing more than another political power grab.”

He declared that state parks would have free admission this weekend.

“The City of Phoenix can open and close its own parks as the City and its elected representatives see fit. No law gives you the power to unilaterally take over property owned by the city of Phoenix (or anyone else),” she wrote, adding that his claims should be “troubling” to all property owners in the state.

Not the first dustup for Ducey, Gallego

This is the latest spar between the governor and Phoenix’s mayor during the pandemic.

Gallego, along with Flagstaff and Tucson mayors, have criticized Ducey’s response to the coronavirus since the beginning of the pandemic, pushing for stricter measures and restrictions.

Gallego and Ducey have not spoken directly since last summer when the governor allowed cities to instate mandates, according to the mayor’s spokesperson, Jeanine L’Ecuyer.

Sat Apr 3 , 2021
April, the giraffe that became a viral Internet sensation in 2017 when the world watched her labor and delivery streamed online, has died, the Animal Adventure Park in Harpursville, New York announced Friday. April suffered from “worsening arthritis” and she was euthanized Friday morning, her zoo staff said. The giraffe […] 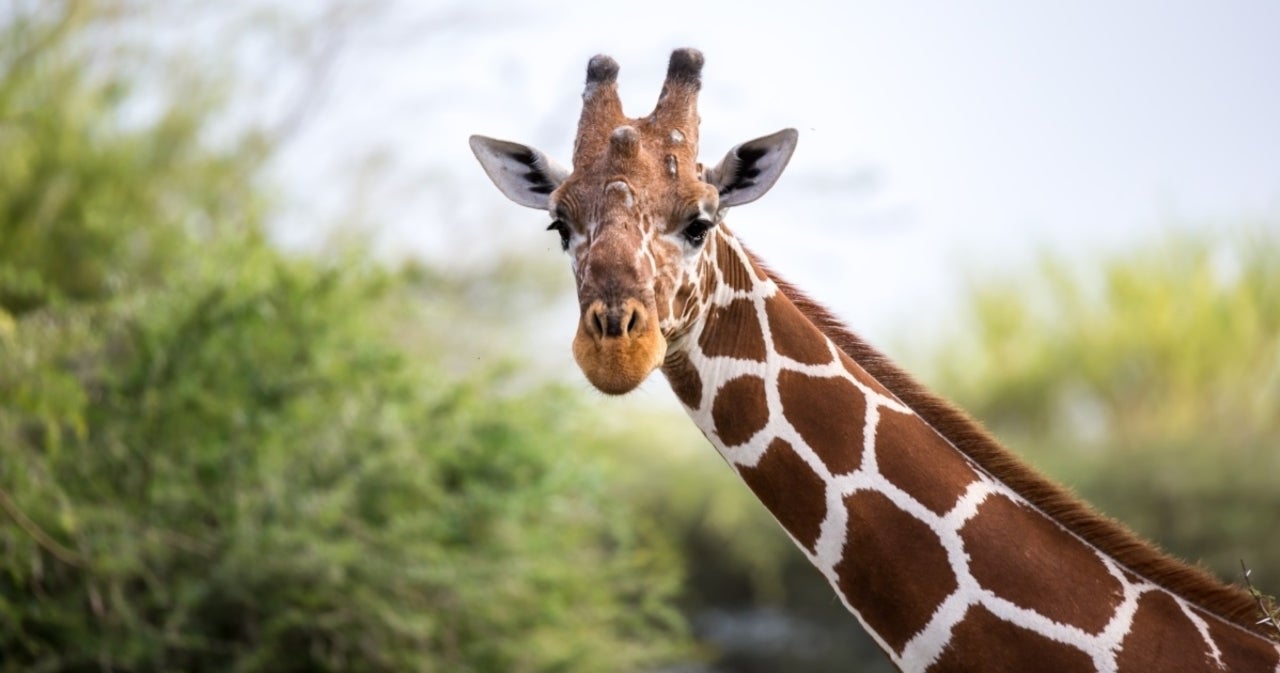