(CNN) — The Vac Shack sits in the middle of a row of single-story shops in a commercial part of Grand Rapids, Michigan, between a beauty salon and a taco joint.

Adam Fox had moved into the basement of the vacuum repair shop after his girlfriend threw him out. The owner, Briant Titus, was a hometown friend who hoped the younger man he’d helped to get through high school would soon get back on his feet.

At the corner of the shop, across from vacuum filters, attachments and hoses, a white door opens into a storeroom. In it, two flights of stairs under a wooden cover lead down into a dark basement cluttered with spare vacuum parts, a dog crate, and camping gear. At the end of a long hallway, there seems to be another room where the lights are on.

It was in this basement room that Fox, 37, and several other men are accused of meeting on June 20 this year to discuss how to vent their anger at officials they thought were violating the Constitution. It spiraled into a terrorism plot, officials, say, with Michigan Gov. Gretchen Whitmer the target of a kidnapping scheme.

Fox, a man named Barry Croft from Delaware and 13 others, had met up in Dublin, Ohio, two weeks earlier, after exchanging messages online, the criminal complaint from the FBI states. It was about three months into the shutdowns forced by the spread of the coronavirus pandemic and many were frustrated by their states’ closures of gyms, bars, and much of usual life.

But Fox and 11 others wanted to go a step further. In their view, Michigan and several other states were violating the US Constitution, and they talked about killing “tyrants” and “taking” a governor. They reached out to some armed groups to add manpower and might, the complaint said, including members of a local armed group called the Wolverine Watchmen. The Watchmen had been flagged to the FBI in March, and one of its members was now an informant.

That informant, others on the inside, as well as undercover operatives and recordings, allowed the bureau to monitor what was happening from then on.

At a rally in Michigan’s capital, Lansing, in favor of the Second Amendment on June 18, Fox and Ty Garbin, the leader of a local armed group, talked about attacking the capitol building as a way to recruit more like-minded people, the FBI says.

During the meeting in the basement two days later, Fox, Garbin and others discussed what an attack could look like, whether Molotov cocktails would be used, the criminal complaint says. Apparently suspicious, Fox took the phones of all in attendance before showing them the way to the stairs. But the informant still had what in court documents was referred to as “a recording device.”

That meeting ended with a date for another meeting — this time to include firearms and tactical training, the FBI says.

Training and planning in the forest

Munith, a rural village with three churches and zero traffic lights, is about 100 miles southeast of Grand Rapids, the last 20 or so on forested, gently sloping roads.

Joseph Morrison and Pete Musico lived there on a property flanked by river on one side and woods on two others. Although there is no fence, there are multiple signs saying “Private Property” and “No Trespassing.”

A trailer is parked right out front, and next to it a driveway leads to a yard with trucks and a large brown dumpster. Slightly further in there is a prefabricated house, and from the porch flies a Confederate flag.

Morrison and Musico, who face state terrorism and gang membership charges, were founding members of the Wolverine Watchmen, according to affidavits filed with the Michigan Attorney General’s office. Morrison, the “Commander” of the group, also went by the online moniker “Boogaloo Bunyan.”

Toward the river, there is a large grassy yard, with a stack of tires arranged in a crescent. Nearer the house sit a yellow plastic tricycle, a portable baby bassinet, and a large blue inflatable toy.

The group used the yard twice for what officials call tactical training. After the first exercise on June 28, participants were told to leave if they were not willing to participate in attacks against the government and in kidnapping politicians, the federal complaint said. Fox, Garbin, and Brandon Caserta, plus the informant all stayed, the complaint asserts.

There were to be more field exercises — the weekend after the July Fourth holiday the group tried unsuccessfully to make bombs with black powder, balloons and BBs for shrapnel, court documents said.

In person and on the phone, the proposals are violent, according to the complaint. Using code words, the FBI says the group discussed sending a bomb to the governor.

Fox said, according to the federal criminal complaint, “I just wanna make the world glow, dude. I’m not even f**kin’ kidding. I just wanna make it all glow dude. I don’t f**kin’ care anymore, I’m just so sick of it.”

Two days after saying that, Fox allegedly told the informant he had not heard back from the “baker,” which the informant believed to be code for bombmaker. He thought it might be better to focus on the governor’s vacation home and summer residence as targets.

Back at the Vac Shack, court documents say Fox elaborated on his kidnapping thoughts, calling the attack a “Snatch and grab, man. Grab the f**kin’ Governor. Just grab the bitch. Because at that point, we do that, dude — it’s over.”

The second time they trained at Munith, on August 9, Fox asked the group specifically about kidnapping Whitmer, the criminal complaint says. Garbin, the FBI complaint continues, was hesitant to discuss the plan there, and the men instead had a call later that day.

In the call, Fox said one of the Wolverine Watchmen members could find out more about Whitmer’s residence in Lansing, and brought up an idea of destroying the governor’s boat, according to the federal complaint.

Later that same day, in an encrypted chat, one of the participants, Daniel Harris allegedly said, “Have one person go to her house. Knock on the door and when she answers it just cap her … at this point. F**k it.”

An attorney for Harris, Parker Douglas, wrote in an email to CNN: “I have no comment now except to say that he, like all Americans, is innocent unless a jury of his peers eventually says otherwise. That is especially important to keep in mind as he has not been indicted by a grand jury. The only information we have is a criminal complaint supported by an affidavit by an FBI agent, who was not subject to cross examination.”

None of the attorneys for the other accused have responded to requests for comment.

Treason in a quaint town

The plan solidified around an assault on the governor’s vacation home near Lake Michigan the FBI said. They knew it was somewhere close to the crystalline waters of northern Michigan, near or in Elk Rapids.

Elk Rapids is a quaint town. A small main street with bakeries and breweries sits just yards from a marina. The M-31 highway briefly becomes a bridge across Grand Traverse Bay, an inlet of Lake Michigan, and Elk Lake.

Docks with recreational boats, kayaks, and jet skis lead to yards with patio sets and playgrounds.

Fox might have seen these when authorities say he and two others did a reconnaissance on August 29. Details of the federal complaint paint a picture of the group’s alleged surveillance mission. Using pictures a friend had taken from the internet, Fox allegedly located the vicinity of the governor’s house. He took pictures and slow-motion video and talked about doing surveillance from the lake at another point. Another group member researched local police departments to calculate potential response time, and likely noticed that aside from Elk Rapids PD, there is a Michigan State Police post about 20 miles away.

The FBI said Fox sent the pictures to their encrypted group chat. Garbin responded with a mix of type and emojis that the FBI interpreted as a suggestion that detonating explosives on the bridge would delay police response.

Two weekends later, the FBI says, on September 12 and 13, the group did another training exercise and paired it with a larger surveillance trip — this time at night, and with more members, including an undercover FBI agent. They traveled north from Garbin’s property in Luther, Michigan, in a three-car convoy. Earlier that day, Fox called the plan “a perfect f**kin’ setup,” the complaint alleges.

Fox and the FBI agent stopped at the highway bridge, according to the FBI complaint, and looked around for the best place to set up explosives.

Meanwhile, Garbin, Franks, and one more person were getting close to the governor’s summer home, court documents say. With a camera mounted to their dashboard, they allegedly filmed the neighborhood and details of the home next to the lake. The two groups did a test to see if lights were visible across the lake. The third car drove around to make sure they weren’t being followed or watched.

A sense of urgency

The allegations say while at Garbin’s Luther property the next morning, the group is told it will cost about $4,000 to buy the explosives for the bridge. They agree to have another exercise at the end of October, and raise money to buy the explosives, court documents say.

But, authorities say, the very next day Fox messaged the group saying he wanted to move the timetable up to have the training and then the kidnapping all before the November 3 general election.

A few weeks later, Fox told the group he had bought an 800,000-volt taser to help in the kidnapping and arranged to make a payment for the $4,000 worth of explosives on October 7, the FBI alleges.

They never got the explosives. The raids by state and federal authorities came first.

One night after the arrests, back at the Vac Shack, Briant Titus received a collect call. On the other end of the line was Adam Fox. He was asking for bail money.

Titus turned him down.

“Thank God the FBI had a guy in there, or it could have been much worse,” Titus told CNN’s Sara Sidner.

With him inside the shop were a pit bull with creamy white fur and a larger jet-black lab that whined intermittently.

The dog was crying for Fox, whom he’d lain with every night, Titus said. On the animal’s collar was an “Emotional Support Dog” tag and a patch with the motto: “Don’t Tread on Me.” 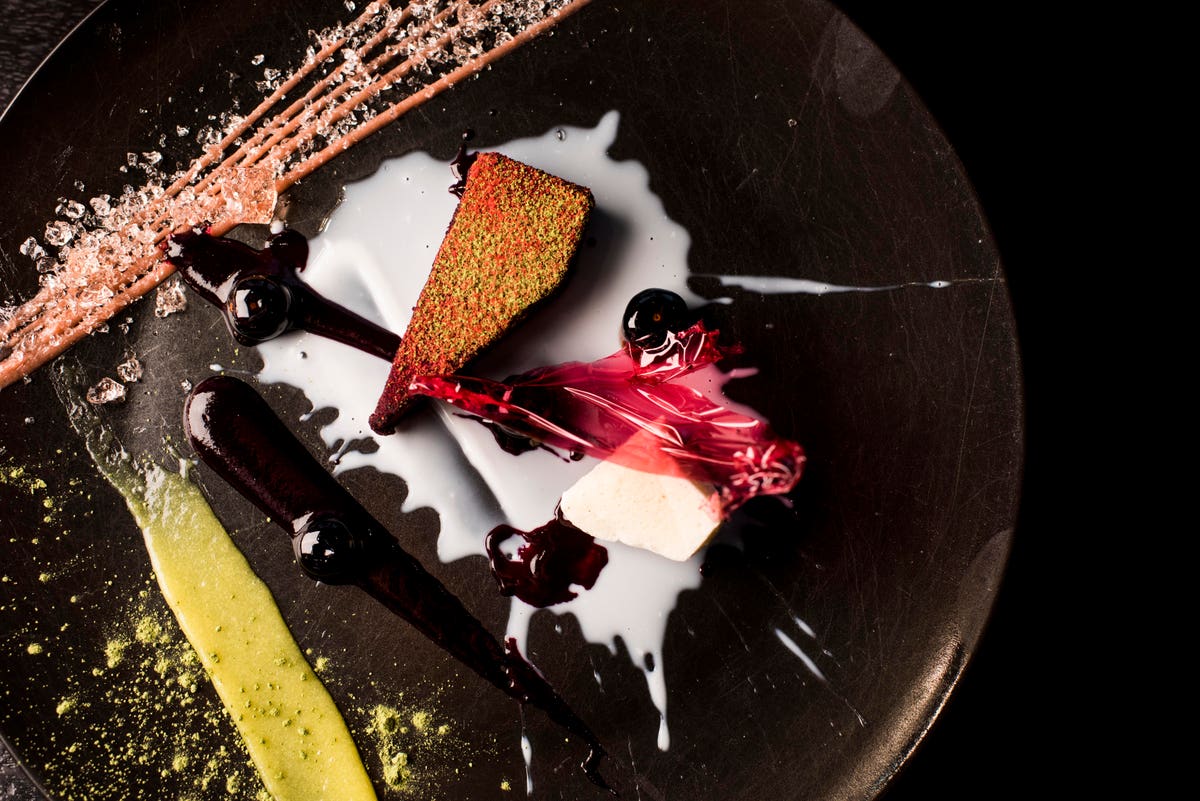