As the major effects of the coronavirus pandemic make themselves apparent ― the ubiquity of masks and hand sanitizer, restaurants serving at half capacity ― other, more subtle changes are still just coming into focus.

Take the grocery store. Doorstep delivery and online shopping, already popular before COVID-19, have become part and parcel of a business model that once relied almost exclusively on brick-and-mortar stores. Moreover, the pandemic appears to have affected not just where and how we buy food, but what we’re actually eating.

Two simultaneous trends in our consuming habits are becoming clear. Many Americans are buying products they believe will boost their immune systems, in the hopes of fending off disease. At the same time, rising levels of anxiety and stress have pushed some to seek solace in the things they eat, resulting in an uptick in sales of comfort food. This raises the question: Will the coronavirus change the roster of products that we’re used to seeing at the supermarket?

Anything that can be associated with immunity is gaining strength and momentum, even if it’s more expensive. Frances Zelazny, chief marketing officer, Signals Analytics

“The strong trends [we noticed pre-pandemic] are actually staying, but for different reasons,” said Frances Zelazny, chief marketing officer of advanced analytics platform Signals Analytics. “Before COVID, [vegan products] were on the rise and the driver for that trend was a split between well-being, concerns about lifestyle and fitness, animal welfare and sustainability.”

But as the coronavirus swept the world, consumption of these products became more and more about people trying to fortify their immune systems. “Anything that can be associated with immunity is gaining strength and momentum, even if it’s more expensive,” Zelazny said.

Mary Torrecilla, owner of Whoopsie Daisy, an upscale convenience store in Mokelumne Hill, California, has noticed a renewed devotion to health among her shoppers. “People are definitely lingering over the health food section longer than they used to,” she said. Now carrying nature bars and other dried goods in addition to the candy and confections she already sold, Torrecilla said she’s had to radically change her “normal buying routine” since the virus hit, to cater to rising demands for healthier fare.

Some once-unfashionable categories of food have also gained popularity, if in very specific ways. The frozen food aisle, usually considered a less desirable option, has become a focus of grocery shopping in pandemic times. Generally speaking, people have been panic-buying frozen foods because they last longer and won’t necessitate weekly shopping trips. The frozen vegetable aisle in particular has undergone a sort of resurgence: Being able to buy and store healthy foods, including greens, suddenly seems like a luxury.

Janine Williams, the owner of Platte Street Mercantile, a grab-and-go convenience store in Denver, has shifted her business model in response to changing shopping habits. “We stopped carrying single-service lunch-type items and pivoted to grocery items” at the beginning of the pandemic, she said, noting that frozen goods, eggs and bakery items have been big hits with her customers.

Meat substitutes have also been enjoying a renaissance of sorts. Tempe and seitan, for example, are becoming increasingly popular, according to data gathered by Zelazny’s team. Beef ― for which demand was already waning, due to research that associates it with high levels of cholesterol and obesity ― has been selling less since March.

Beverages are experiencing a similar effect. “[Drinks] that have to do with boosting immunity, that have vitamin C, that boast claims around ‘all-natural’ or reducing allergy effects, are on the rise,” Zelazny said.

There’s a flip side, however. As people around the world struggle with unemployment, isolation and general uncertainty, many are seeking out comfort foods, which have seen a steady increase in sales in recent months. According to a Bloomberg report, March brought a 48% increase in popcorn sales, a 47% increase in pretzel sales and a 30% increase in sales of potato chips.

“There’s a lot of uncertainty and in those kinds of times, people tend to retreat to what’s known to them and what’s comforting to them,” Bloomberg Intelligence analyst Jennifer Bartashus told the New York Post. “People are retreating back into comfort habits.”

According to IRI, a Chicago-based market research firm, sales of fresh and packaged bakery items jumped 37% in mid-March as compared to the same time last year.

Although healthier foods have been gaining traction at Torrecilla’s store in California, she’s also noticed an increased interest in candy, the ultimate comfort food. “A lot of people are indulging in the more expensive candy, which they used to wait for Christmas or the holidays to buy,” she said. “They are not spending money elsewhere, so it’s kind of a little vacation for them.”

The pandemic isn’t the first major event to shape American eating habits, of course. In the past, recessions, the movement of women from the home to the workplace and even changes in commuting trends have all affected the way we eat.

“Pizza [sales] went through the roof in 2008 and are going through the roof now,” said Zelazny, citing the food’s relatively low price and the wide availability of home delivery as causes for the uptick in both cases.

If the past is any indication, the marketplace seems ripe for new types of products. When discussing the future, Zelazny uses the health and beauty industry as an example. “We’re all using hand sanitizer and moisturizers like crazy, and there is no product that does both things at once,” she said. “That’s how you create a new category.”

That logic can be applied to the food and beverage arena. As people focus on immunity and vitamin C, it seems like tea is the only drink that is able to satisfy all current demands. According to Zelazny, though, that could change: “I have no doubt that there will be a new beverage category that is not tea but is made to fulfill immunity [requests].”

The nature of weekday lunches could also shift. Most people are used to taking leftovers to work or indulging in grab-and-go meals around town ― but what happens when you’re staying home full-time and cooking every meal? One possibility, according to Zelazny, is that companies could start offering prepared salads that can be stored in the fridge for easy assembly throughout the week.

A wide-ranging food reckoning might therefore look more like a reinvention of an industry that aims both to fulfill consumers’ stated demands and to identify emerging trends before the public can even recognize them. Will our futures be defined by purchasable work-from-home lunches easily digested between Zoom meetings? Only time will tell.

Why People Baked So Much Bread During Quarantine: An Explanation

Is Your Grocery List Sustainable? We Asked Climate Experts How They Shop.

4 Positive Ways The Pandemic Has Changed How We Eat

Pasta, a jar of sun-dried tomatoes, beans and canned artichokes

Fri Jul 17 , 2020
(Bloomberg) — Some slivers of light emerged for the car industry as the first week of earnings season wrapped up for European companies, while the benefits of working from home showed up in results from telecom-equipment company Ericsson AB. German car manufacturer Daimler AG said Friday it saw a gradual […] 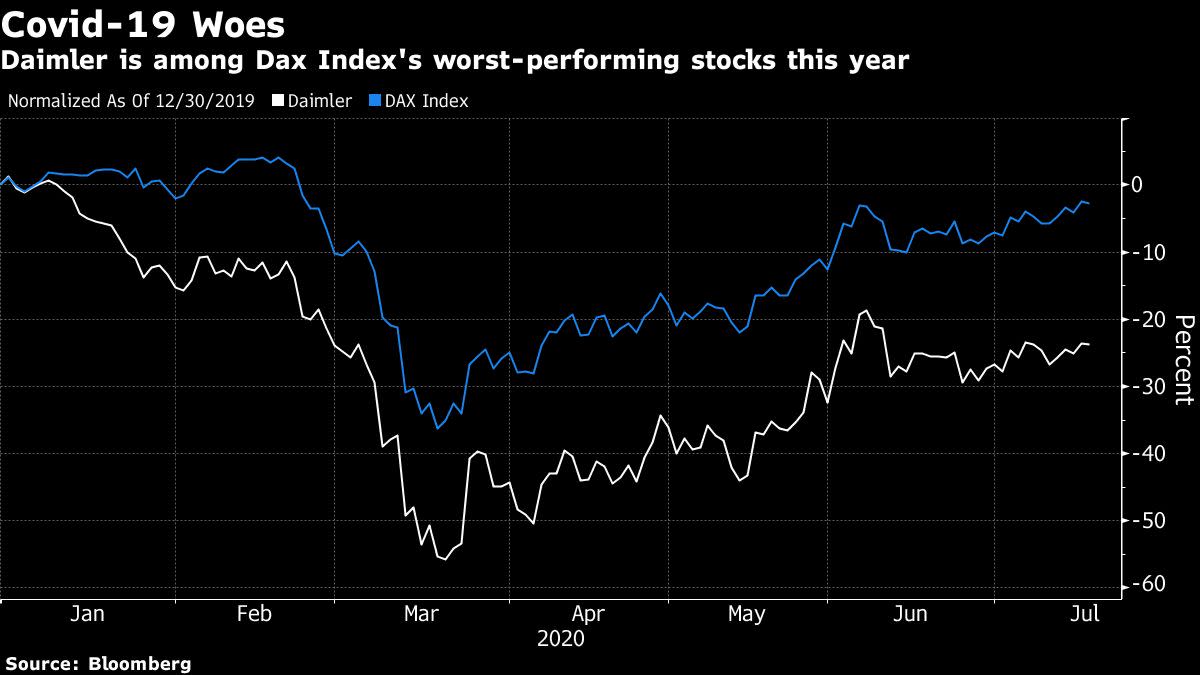