On Feb. 23, Jerome Powell, Chairman of the Federal Reserve, reemphasized the central bank’s commitment to the current loose monetary policy. He noted that inflation and employment levels are still far below their targets, and interest rates should remain low.

Despite this, concerns about increasing inflation and the subsequent dive of the high-flying stock market have left many investors baffled. These are just a few reasons why it’s imperative for investors to pick fundamentally strong stocks that can withstand any market condition or economic swing.

If you are on the hunt for unstoppable stocks and have $2,000 of disposable cash you don’t need anytime soon, Cresco Labs (OTC:CRLBF) and Fiverr International (NYSE:FVRR) might just be the right picks for you. Shares of Chicago-based pure-play cannabis company Cresco Labs have jumped by over 215% in the past 12 months and by 49% so far this year — and for good reason.

Many short-term and long-term tailwinds make this company an attractive investment idea. Chances of federal legalization (or at least decriminalization) of marijuana are looking brighter, considering that Democrats control both Congress and the White House. In a legalization scenario, Cresco Labs would have far easier access to financial services from the traditional banking system. Although shares are currently available over the counter in the U.S., Cresco Labs may also start trading on major U.S. exchanges, and increased liquidity could push share prices up even further.

Currently, medical marijuana and recreational marijuana are legal in 36 and 16 states (and Washington, D.C.), respectively. The entire addressable market will continue to grow, as more states legalize cannabis. Cresco Lab is currently operating in nine states, which together account for 60% of the overall addressable U.S. cannabis market.

Cresco Labs has differentiated itself from other multistate operators (MSOs) such as Harvest Health & Recreation, Trulieve Cannabis, Curaleaf, and Green Thumb Industries by focusing on large-scale marijuana cultivation and the wholesale channel of distribution. This strategy has enabled the company to benefit dramatically from economies of scale. The company also operates 19 stores and has built a significant retail presence in the U.S. market.

Cresco Labs has managed to maintain a dominant position, both as a major wholesaler as well as a retail operator, in its home state of Illinois. Since recreational marijuana was legalized in January 2020, Illinois has proved to be a rapidly growing cannabis market, with sales of more than $1 billion in 2020. The company has also positioned itself as a major wholesale distributor in California.

In addition to strengthening its presence in existing markets, the company is also focused on expanding into new ones. In February 2021, Cresco Labs won its license to sell in Arizona’s recently legalized recreational marijuana market. Cresco also operates four medical marijuana dispensaries in New York. This presence, albeit small, could prove to be a major growth catalyst if New York legalizes recreational marijuana in 2021. The company’s acquisition of Bluma Wellness will also position the company in the Florida market.

Cresco Labs’ financial numbers have also been stellar. In the third quarter, the company’s revenue jumped over 320% year over year to $153.3 million. The company posted a positive net income of $4.9 million, which is a big switch from the previous seven consecutive loss-generating quarters.

With multiple sustainable catalysts and a robust growth trajectory, Cresco labs has a solid chance of rewarding investors with handsome returns in 2021.

The freelancer ecosystem has rapidly evolved in response to COVID-19-related disruptions. Businesses opting for remote work and talent looking for at-home work opportunities have together infused momentum in the gig economy. Freelancer marketplace Fiverr stands a solid chance of capturing a significant share of the online U.S. freelancer marketplace opportunity, which is currently estimated to be worth $115 billion. This is also a very sustainable opportunity, considering that the various digital transformation initiatives and a significant portion of our remote-work reality will persist even after the pandemic.

In fiscal 2020, Fiverr reported 3.4 million active buyers — buyers who used Fiverr’s services — purchasing freelancer services on its platform, which is a steep 45% year-over-year jump. In addition to robust new buyer addition, the company is also witnessing significant buyer retention, with existing buyers purchasing more frequently and purchasing higher-cost services on the platform. In fiscal 2020, Fiverr saw spend per buyer spike by 20.6% year over year to $205.

All this has culminated in the company’s top line jumping by 77% year over year to $189.5 million in fiscal 2020. The company posted an adjusted EBITDA of $9.1 million in fiscal 2020, which is very much an improvement from the $18 million loss posted for fiscal 2019. While not yet profitable, Fiverr may soon reach that goal due to improving cost efficiencies and economies of scale. The company has guided for fiscal 2021 revenue of $277 million to $284 million, implying year-over-year growth of 46% to 50%. The company also expects fiscal 2021 EBITDA to be in the range of $16 million to $18 million.

Despite the solid growth, Fiverr’s revenue only accounts for 0.16% of the total U.S. addressable market. So there is still significant headroom for the company to grow its top line by increasing its market share. The company has highlighted international market expansion as a key priority for 2021. It currently has a presence in seven countries and is focused on making it easier to connect local businesses and freelancers by catalog and content improvements as well as by providing culturally suitable working and hiring experiences. Fiverr is also investing in product innovation, marketing, and branding, which can in turn improve its sales trajectory. Lately, the company has added several features such as subscriptions for recurring work, an e-learning platform, and a promotional tool to give freelancers more exposure.

Currently, investors seem concerned about Fiverr’s competition such as Upwork and Microsoft’s potential competing freelancer platform, LinkedIn Marketplaces. However, there is not much reason to worry, considering the online freelancer market is growing fast enough and will be big enough to accommodate several prominent players. Fiverr has also differentiated itself by building a simple freelance marketplace that allows for efficient search, just like a well-managed e-commerce platform.

Fiverr is trading at quite expensive price-to-sales (P/S) multiple over 50. However, considering the huge growth potential in the still-nascent online freelancer market, this gig-economy stock could eventually prove a bargain for investors, even at its elevated price levels.

How to get someone to like you on Zoom, from a relationship expert

Wed Mar 3 , 2021
Debra Roberts is an author, licensed clinical social worker, and business consultant based in New York. She explains there are several easy ways to get people to like you over Zoom and virtual meetings. Roberts says to be yourself, show your authentic personality, and be an active and engaged listener. […] 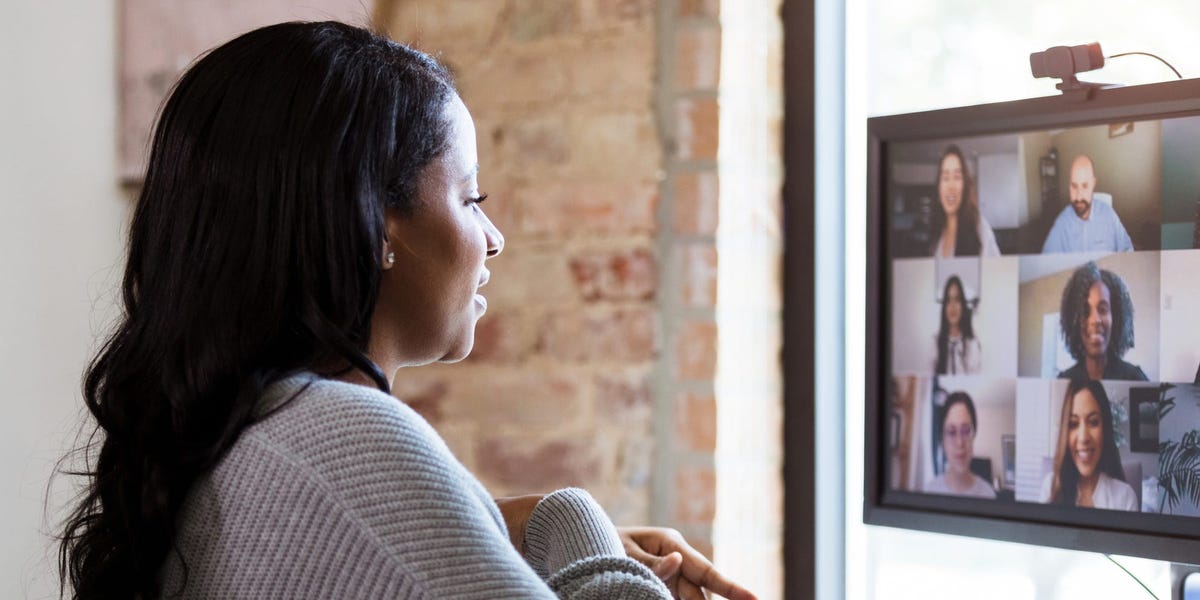