It is the rare artist who is known for and cherished, equally and by substantially different audiences, for the first and last big things in her career. Diana Rigg — Dame Diana, if you please — who died Thursday at the age of 82, was that rare artist.

Rigg rappelled into American consciousness as Mrs. Emma Peel, the threat-removing partner of Patrick MacNnee’s John Steed in the British import “The Avengers,” a spy adventure with science-fiction overtones that served largely as a space for British character actors to play their best eccentrics. She was the second woman to pair with the bowler-wearing, umbrella-toting Steed, and the first to be seen in the United States. (Honor Blackman, who preceded her, was best known here as Pussy Galore in the third James Bond film, “Goldfinger”; Rigg would appear opposite George Lazenby in 1969’s “On Her Majesty’s Secret Service.” Its high rating among Bond connoisseurs surely has something to with the fact that Rigg was in it.)

The “Mrs.” in Peel — she was a widow, seemingly — and a considerable difference in their ages kept romance out of the picture for Steed and Emma. (Their mutual respect is better than sex.) But it turns out that there really is a Mr. Peel, an aviator thought lost and suddenly found, and the brief scene in which Mrs. Peel makes her exit from the series — it’s really just the tag end of a regular episode, such a small deal did they make of it — is electric, without being showy. “Always keep your bowler on in times of stress,” she tells Steed. He calls her “Emma,” maybe for the first time. Her “Goodbye, Steed” is delivered nearly as a whisper — there was always a bit of a whisper in her delivery, even when Rigg turned up the volume, which she rarely needed to make a point. She seems to have been incapable of overacting in any case.

It must have been my love of “The Avengers” that led me to watch Peter Hall’s 1968 hippie-mod pastoral film of “A Midsummer Night’s Dream” when it aired here on CBS in February 1969, so I suppose I have Rigg to thank for Shakespeare as well. (Her costars include Helen Mirren, David Warner, Ian Richardson, Ian Holm and Judi Dench as a half-naked, body-painted fairy queen.) Rigg plays Helena, superficially the sad sack of the piece, an anomalous role for her. And yet, among the human lovers, she is perhaps the most active, from when she betrays her friend to score points with Demetrius, her formerly requiting unrequited crush.

“Diana,” her 1973 American multi-camera adventure — you can find at least one complete episode online — is basically a “Mary Tyler Moore,” single-gal-in-the-city knockoff, with more “sophisticated” situations. The material is standard — “classic,” if you prefer — and Rigg is very good; multi-camera comedy is just theater with cameras, after all. The Jazz Age-set “The Mrs. Bradley Mysteries” finds her as a posh Marple (with “Midsomer Murders'” Neal Dudgeon as her driver and leg man), perking up whenever a body is found. In Mackenzie Crook’s great “Detectorists,” and in the “Crimson Horror” episode of “Doctor Who,” she plays the mother of her own actual daughter, Rachael Stirling.

Rigg trained at the Royal Academy of Dramatic Art in the mid-1950s, was a member of the Royal Shakespeare Company for six years, up until going on the “Avengers,” and afterwards, in the ’70s, was a member of the National Theater Company. She played Shakespeare, Sophocles, Ibsen, Brecht, Albee, Racine, Williams, Chekhov, Coward, Shaw and Stoppard, creating lead roles in the last’s “Jumpers” and “Night and Day.” She never became a big-screen movie star, like Mirren, but she showed up in interesting places: Paddy Chayefsky’s “The Hospital,” with George C. Scott; the Vincent Price literary horror comedy “Theater of Blood,” “The Great Muppet Caper.”

By the time we get to “Game of Thrones,” which Rigg joined in its third season in 2013 as Lady Olenna Tyrell, the aptly nicknamed Queen of Thorns, she adds another quality, that of having seen it all. (“I’m thrilled young people identify with this naughty old bag I was playing,” she said in a CBS interview.) Olenna is called “tart-tongued,” but she is economically witty, not a quip machine like Maggie Smith in “Downton Abbey.” If she is more a still than an action figure, she is always in control of the situation, even when she’s being poisoned at the end of her run. She’s been around too long to be fooled by anyone: “Put the pen down, dear,” she tells Cersei Lannister (Lena Headey). “We both know you’re not writing anything.”

Of course, Rigg could play all sorts of people; that’s just what good actresses do. But her most notable creations do share certain qualities. They’re intelligent, often the smartest person in the scene. They know their mind. They are unshockable, or if shocked, it is subtly and just for a second — a quizzical raised eyebrow followed by a look that says, “I know what this is, and what to do about it.” They are bored by inaction, impatient with indecision.

Though a bona fide sex symbol — a role that reportedly bemused her — and certainly beautiful in her day, Rigg was seductive in a cerebral way. You could not call her kittenish: she was nobody’s pet, nobody’s plaything. The delicacy of her features somehow combined into an impression of strength. In a time when it could seem like a career goal, she did not have the air of being anyone’s accessory. Long and lean, with a heart-shaped face, she was as physically perfect an emblem of swinging ’60s Britain as Jean Shrimpton or Marianne Faithfull. At the same time she seemed a part and above all that. Whatever the costume designer had in mind, Emma Peel wore those leather catsuits for practical skulking and fighting reasons, not to look hot. (Though Rigg has said she was while wearing them — hot.)

The cancer that killed her was diagnosed only in March, and Rigg has left the building, having never retired. Two projects are left to appear, for the smaller and bigger screen: the BBC’s “Black Narcissus,” later this year, and Edgar Wright’s film “Last Night in Soho” are still to come. I am tempted to write, “Ms. Rigg, you’re still needed.” But this will have to do.

‘The Third Day’ Drags On For Weeks

Fri Sep 11 , 2020
The new HBO miniseries The Third Day begins with a leisurely, God’s-eye view of a verdant English country road, disturbing music, and the unmistakable sound of Jude Law’s voice in distress saying, “What? Oh, no, no, no, no, no.” It’s early morning, and the character he’s playing, Sam, is already […] 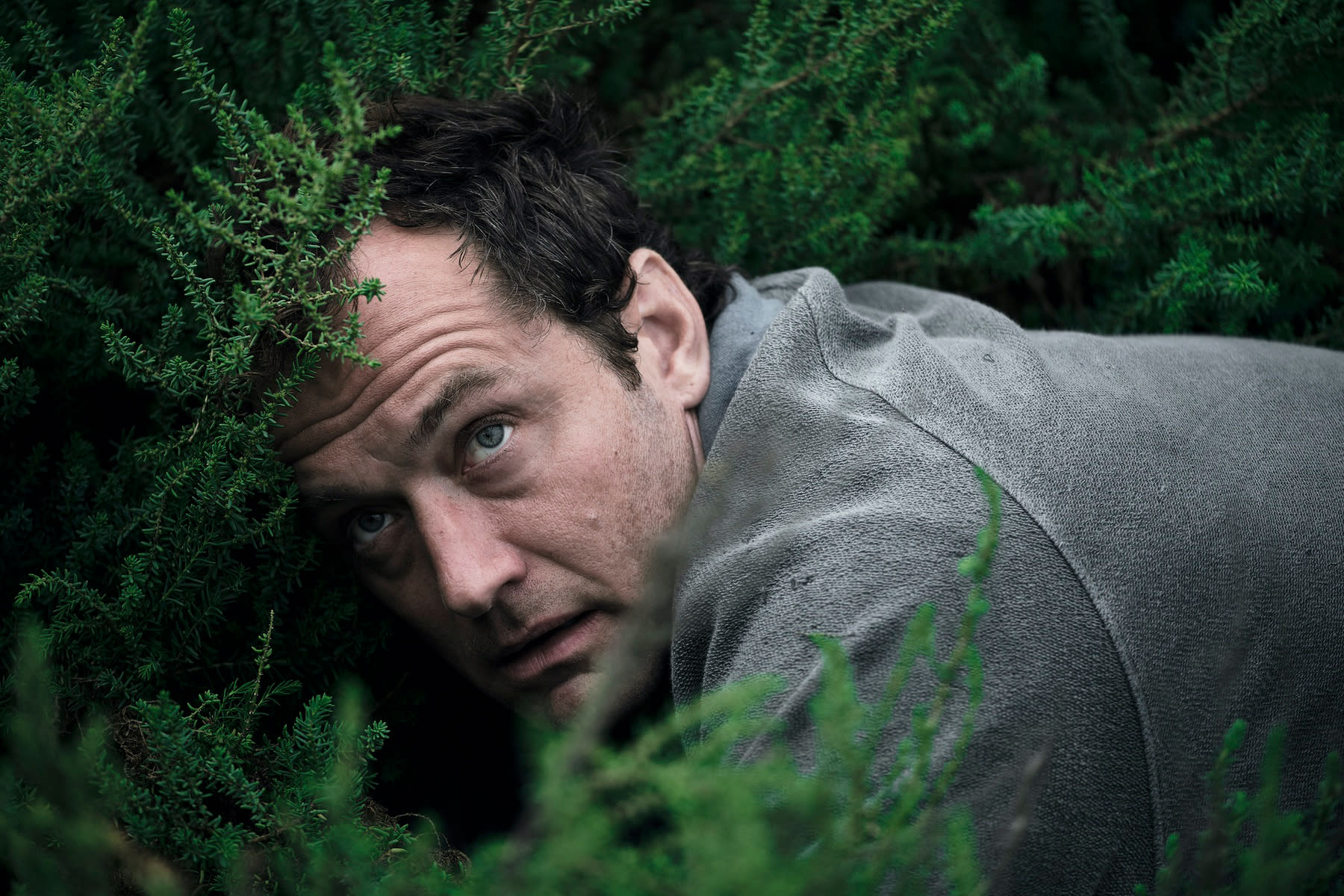